Central Washington University President James Gaudino and Nina Caldwell, Associated Students of CWU (ASCWU) vice president for Legislative Affairs, talked about the issues surrounding student government at CWU, namely there only being one black officer on the board. (Jonathan Glover/Observer)

Central Washington University President James Gaudino and Nina Caldwell, Associated Students of CWU (ASCWU) vice president for Legislative Affairs, talked about the issues surrounding student government at CWU, namely there only being one black officer on the board.

The protest started at about noon in the Student Union & Recreation Center (SURC) marketplace.

“Racism is happening out here in the middle of nowhere…” said Armando Ortiz, who helped organize the event. “It’s happening to the person right next to you.”

The group linked arms and formed a circle with a few students in the middle discussing the issues of racism at Central’s Ellensburg campus. They chose the SURC due to its high traffic of students.

Students at the protest said they were showing solidarity to support students from the University of Missouri.

We had to be loud for people to hear us. Honestly, that makes me mad.”

Ortiz and Gianni Glover, a member of the Black Student Union and an organizer of the event, requested President James Gaudino to come talk to the group of students.

When Gaudino arrived, he was invited to stand in the middle of the circle and field questions, concerns, and complaints students had about Central’s treatment of minorities.

Glover asked students in the crowd to join Gaudino in the middle of the circle to discuss racism on campus.

President Gaudino promised students he would make more of an effort to support diversity on campus by writing a letter to the University of Missouri rejecting racism and standing by the students who feel oppressed.

“I reject racism in all forms; there is no place for it at this university or anywhere,” Gaudino said later in a press release. “I look forward to continuing discussions with students to find ways we can ensure that Central is a place that welcomes all of its students regardless of race, religion, gender, or sexual preference.”

Following Gaudino’s closing statement, the activists participated in a “die-in” protest where they laid on the ground simulating death and bringing attention to the social movement: black lives matter.

“Every time we try to do anything ‘by the book’, everything was falling on deaf ears…” Ortiz said. “Because we were loud. We had to be the stereotypical ‘P.O.C.’ [people of color]. We had to be loud for people to hear us. Honestly, that makes me mad.”

If you want a picture to show with your comment, go get a gravatar. 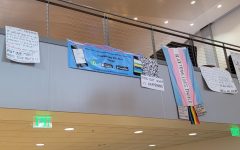 ‘This was preventable’: CWU student arrested, facing student conduct after stealing Pride flag and lighting it on fire 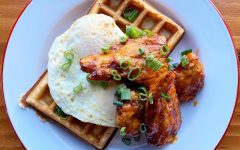 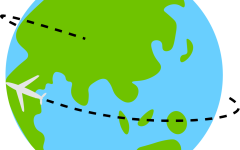 Study abroad suspension extended through the end of 2021 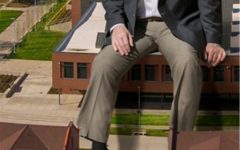 The Observer • Copyright 2021 • FLEX WordPress Theme by SNO • Log in