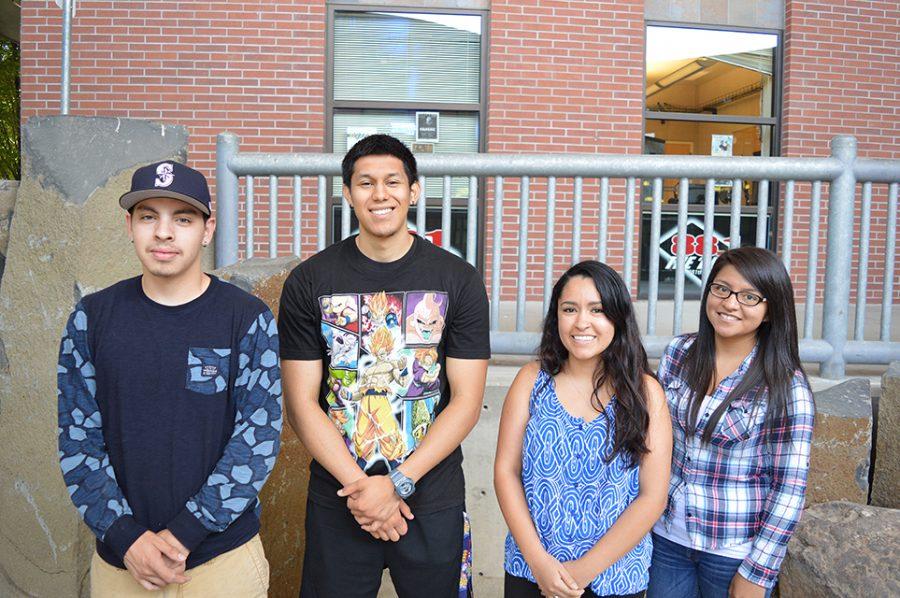 There are many great clubs and sports on campus, but one of them does more than simply arrange a time to meet once a week. The Mexican and Hispanic organization known as MEChA (pronounced MECH-UH) convenes mostly off campus in an effort to aid their community through uplifting others and boosting moral.

El Dia De La Muerta was also put on this year by MEChA.

Senior double major in psychology and interdisciplinary studies, and co-chair of MEChA, Ayla Madina expressed her thoughts towards the organization.

“MEChA stands for Movimiento Estudiantil Chinana de Aztlan, and so it was started by students and that’s what we continue to do that here. Our focus is to promote higher education—educate not only ourselves, but others of the Chinana culture and history, and the betterment of our “classa.” It really begins here in our community. We also fight for social justice,” Madina said.

MEChA also prepares those for the real world. Leadership, organization, communication skills and much more are great stepping stones for anyone who joins MEChA. Members can expect to be a part of a faceted organization that teaches students how to become real members of a functioning society.

Ethnic studies and Latino studies minor and freshman, Cruzadrian Juarez De La Cruz is more prepared for graduation because of MEChA, and will be its co-chair next year. In high school MEChA was a big part of his learning experience, too.

If nervous, don’t be. MEChA welcomes all and doesn’t tolerate disrespect on any level. It’s never too late to make a change, or start fresh next year in a club that prepares one for the real world.

“There’s going to be a large population of Latinos coming in. About 20-25 percent of the incoming population is going to be Latinos and Hispanic, Chianos, so I feel like that’s going to help them out a lot,” Cruz said.

Adi Sanchez, junior double major in math and social studies history, made clear what exactly MEChA is, and feels strongly about the passion and effort the organization puts into helping others grow, and helped explain what exactly MEChA means.

“Movimiento Estudiantil, it means pretty much a student movement. Chinana represents…I don’t want to say it’s like an ethnicity, but it’s the way you identify yourself because you might not be all like Mexican, or if you’re from other Latin American country, but as you were raised here in the U.S., you still have that culture, that background, that it has influenced your life,” Sanchez said. “Aztlan means ‘The land that was purchased from Mexico,’ so in this case, Oregon, California, Colorado, Arizona, Nevada, Texas, so that’s what Aztlan represents.”

Co-chair, senior, and double major in accounting and supply chain management Daniel Lara wants others to know that MEChA is open to all.

“My thought coming in was just to create a big family, you know. And just stick together, and that’s the same what MEChA stands for cause I know a lot of people get confused on what MEChA stands for,” Lara said. “So that’s one of my biggest things coming into next year is making sure not only the office knows what it means, but everyone knows, and we’re all like one big family.”

It’s clear what MEChA’s mission is, but perhaps the community is unaware of what exactly next year holds. Each year, MEChA brings in a new variety of accomplishments to satisfy, goals to achieve, and obstacles to overcome.