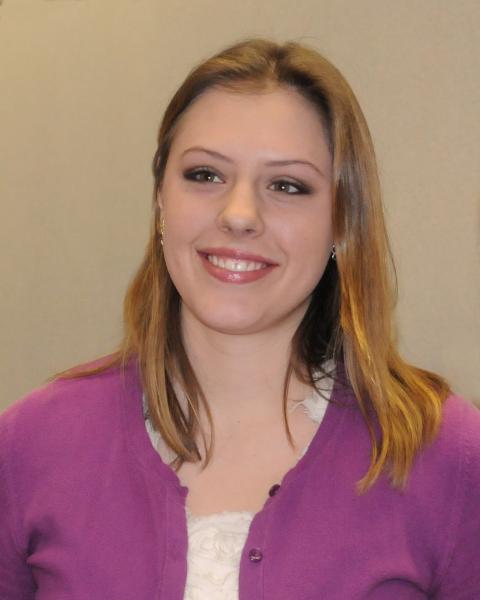 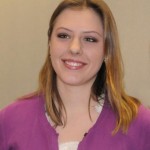 When Jacqueline Korn discovered she won the Central Washington University Student Employee of the Year award, she was shocked: Not because she had won, but because she had no idea she was even nominated.

“It was a complete surprise,” said Korn, junior accounting major. “I couldn’t believe it.”

Korn, better known as Jacque, works as a student assistant in the Grants and Contracts Office, located in Shaw-Smyser Hall.  She has been employed there since April 2012 under her supervisor John Ebenal, who nominated her for the award.

Due to how technical the job is and how long training takes, the office only hires accounting majors who are sophomore level or higher.

Ebenal praised Korn for her personality and work ethic, noting her ability to quickly pick up on the job.  He recalled an assignment which required her to document the amount of time professors completed research under federal grants. Ebenal said Korn performed much better than his employees in the past.

“I’m used to having students struggle,” Ebenal said.  “Jacque knows what to do and does a good job.”

Nominating Korn for the award was easy for Ebenal.  When he discovered she won the award, the office held a ceremony to celebrate.  Employees from the entire office came to congratulate her, including President Gaudino and several accounting professors.

“I didn’t even know this award existed,” Korn said.  “I didn’t think we had anything like this for students because, you know, we’re students.”

To be eligible for the award, a student’s supervisor must submit a reference letter to the CWU Student Employment Department, according to student employment specialist Kathy Johnson. The letters highlight positive traits about the student, such as reliability and professionalism.

Due to winning the award, Korn is now eligible for the Washington State Student Employee of the Year.  She will be honored at the CWU Evening of Recognition in May, as well as having a special display in the SURC, congratulating her on the award.  She also received a $25 gift certificate to the Wildcat Shop.

Korn was recommended during her sophomore year by senior accounting lecturer Margaret Smith. Smith taught Korn’s first accounting class at Central,which she describes as a very challenging class.  Korn completed the class with an A.

“Jacque is very committed to anything she does,” Smith said.  “She will be super successful in her accounting profession.”

Korn first took interest in accounting during her sophomore year of high school.  After taking her first accounting class senior year, she knew she had found her profession.  When she started researching colleges to apply to, she initially swore not to attend Central.

“My mom went here, and I went to the same elementary and high school as her too,” Korn said. “But I just liked the feeling of Central better, and that’s why I chose here.”

In her free time, Korn participates in several clubs, and is the newly-elected president of Beta Alpha Psi, Central’s accounting club, as well as the vice president and peer minister for CWU Wesley, the Methodist campus ministry. Despite her extracurricular activities, she does her best to keep everything in line.

“I’ve always had a busy life, but I like to be busy instead of bored,” Korn said.  She says her daily planner is “another limb on my body,” and helps her a lot throughout the year.

After she graduates, Korn plans to obtain her master’s in professional accountancy at CWU.  Her dream job is to work at a certified public accountant firm somewhere in Washington state.

“It’s a pleasure to work with everyone here,” Korn said. “They make it easy for me to be a good student employee.”