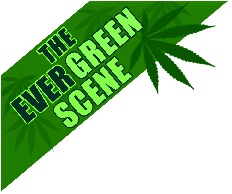 With the retail sale of recreational marijuana nearly upon Washington, the state Liquor Control Board (LCB) has enacted various requirements for marijuana testing and tracking, from seed to sale.

Under I-502, growers, producers and retail establishments must track their product, keeping tabs on every part of the plant, including buds, seeds and stems. The LCB has provided two free interfaces for growers, producers and retailers to utilize, but these systems are relatively basic. Last year, a company known as BioTrackerTHC won the Washington state contract for creating a state-compliant tracking system, complete with a streamlined user interface, which the LCB said is much more user friendly.

“The traceability system is actually pretty slick,” said Brian Smith, communications director for the Liquor Control Board. “[We] have to know how and where everything is.”

Smith stressed how important it is for marijuana businesses to comply with the tracking regulations. Businesses which accrue three violations in three years will have their business licenses rejected, he said, and are subject to steep penalties and fines.

Examples of violations include selling to minors or diverting product from where it should end up. Every plant must be tagged and tracked, and if it is destroyed for any reason, it must be counted as such.

Businesses are prone to inspections, and the numbers they provide the state must match up with the inventory on hand.

“We’re gonna hit every location,” Smith said. The tracking system is also designed to keep Washington marijuana businesses in compliance with the eight requirements laid out by the federal government. These guidelines include prevention of distribution to minors, disallowing the movement of products to the black market, and not allowing the growth of plants on public or federal lands. Ideally, these tracking systems will allow state regulators to know exactly where every part of the plant is at all times.

There are other concerns involved with tracking, aside from the potential for product to end up in the hands of minors or the black market. Since marijuana is a plant crop, it is prone to multiple diseases and fungi, some of which are more common than they may sound.

John Brown, chief technical officer and co-founder of Analytical 360, a marijuana testing facility located in Seattle, said that some compounds are frequently found.

Penicillium is a mold found on marijuana. In the medical market, the testing system becomes even more crucial. While small amounts of certain molds or other pathogens may not be harmful to the average healthy user, for medical patients or those with compromised immune systems, even small amounts of these molds may prove to be dangerous, according to Brown. This includes penicillium.

Other pathogens and conditions of concern are black mold, bud rot, e-coli and salmonella, all of which can potentially be found in marijuana. Microbial tests run anywhere from $25 to $70 per-test, per-sample, and must be paid by the client bringing the sample in. In the traceability systems, there are a required number of tests which must be performed by the producers and growers, who must also foot the bill for testing.

Currently, according to Brown, most marijuana in both medical and black markets comes from “boutique grows,” comprised of around 45 plants. This small crop size allows the grower to more closely monitor and regulate the condition of individual plants for quality and potential disease. The larger crops in the works for the recreational market will provide new challenges to quality control, Brown said. Still, he remains optimistic, though cautious.

“As long as people are controlling their environments, they should be fine,” Brown said. “It all depends on the environment that the pot has been grown in.”

Brown said that his company is also working with BioTrackerTHC and the Liquor Control Board to integrate the BioTrackerTHC systems with Analytical 360’s own internal systems, but that the tracking systems are not online yet. BioTrackerTHC was not available for comment.

With the first crops in the works, and potential harvest just weeks away, the race is on for the state, BioTrackerTHC and producers, growers and retailers to integrate their tracking systems.