Film students express concerns about changes in the program 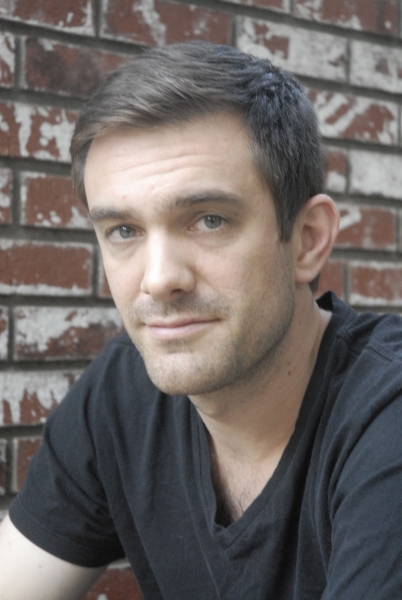 Colby Mccan, a third year film major, said he learned that Daering was leaving his position one day after class when Daering made an announcement.

“Immediately we wanted to know, why is this happening?” Mccan said. “He’s an incredible professor, he breathes life into the program.”

Daering declined an interview with The Observer, stating that he was worried giving an interview might hurt his chances at future career prospects.

In response, Mccan set up a petition on Change.org on May 12 called “Keep Professor Justin Daering at Central Washington University.” As of May 31, the petition had 413 signatures.

The petition had been signed by 71 students out of 118 total students enrolled in the film program as of May 31, according to August Tibbits, a third year film major.

Seven students attended, representing at least 10 other students’ personal testimonies, which were read at the meeting, according to Tibbits. They met with Provost Michelle DenBeste and Associate Vice Provost Gail Mackin.

Tibbits said that DenBeste was unfamiliar with what was happening to Daering, but seemed receptive to what the students had to say.

“She didn’t seem to know that much about the film department or our faculty situation, she said she didn’t know there weren’t any tenured professors,” Tibbits said. “She said she would look into it. Overall, [the Provosts] seemed to be receptive to how the students feel about this.”

According to Tibbits, DenBeste recommended that they meet with the Chair of Art and Design Gregg Schlanger since the program will be moving into his department and that might affect who is kept in the program.

According to Mccann, Daering is leaving because his contract was not renewed. As a Non-Tenure Track (NTT) professor, Daering is here on a yearly contract based system, while tenured professors have their contract renewed automatically every five years, according to Robinson.

According to President A. James Wohlpart, there are many reasons a NTT faculty contract may not be renewed, and these reasons are usually only known by department chairs and deans.

When asked to address student concerns about NTT faculty contract non-renewal and education opportunities, Wohlpart said: “A student may prefer a particular professor. I think that’s wonderful if we have faculty who are awesome… but that doesn’t necessarily mean that a student gets to pick which professor that they always get to take a class with.”

Wohlpart said professors hired at CWU are determined by department heads when they create a schedule.

“If students have a faculty member that they really love, rather than doing an online petition which I don’t know will have much impact, they should go share that with the department head,” Wohlpart said.

DenBeste echoed these sentiments and said she is happy to talk with students about enrollment concerns, but the issue is very complicated and not as transparent as students may hope.

“It’s also hard because we can’t talk about personnel issues with people, we should not be discussing personnel issues publicly,” Provost DenBeste said. “Department heads and chairs are the best [to talk to] because they’re closest to it and they know exactly what’s happening.”

Tibbits expressed worries about what professors may be left after contracts aren’t renewed.

“None of our professors have tenure anymore,” Tibbits said. “Our last professor with tenure retired a few years ago. It makes me worried that our community is unstable, like we could have an entirely new set of professors next year.”

Department Chair of Liberal Studies Scott Robinson supported this statement and said the last tenured professor in the film program left their position around Christmas time.

Similar concerns were expressed by film major Holden Smithingell, who said he is worried about losing one of the “best” film professors.

“He’s the one who’s been teaching me for most of my classes here and he’s the one I’ve actually learned from mostly,” Smithingell said. “When I got his classes, my education skyrocketed. Once he’s gone, I feel like I’m kind of worried about my education next year because I don’t know how I’m going to learn as well.”

In an email statement, Robinson said the film program being moved to the College of Arts and Humanities in 2020 was a temporary solution until the college could find a better place for the program, and that preparations would be taken this week for the program to begin functioning within the Department of Art and Design beginning Fall 2022.

“If we were moving into the art department and all of my professors were staying the same I would think, ‘Yeah, this is a scary change, but there’s some stability to this,’” said third year film student Megan Bilyeu. “Now that Justin is also potentially leaving, I feel like I’m being thrown to the wind a little bit.”

Bilyeu said they were unsure whether upcoming significant changes next year may include a shift from a communications degree to an arts degree.

“Or the biggest change that happens next year is all of my classes are in Randall [Hall], and I don’t have any access to film equipment,” Bilyeu said.

According to Department Chair of Liberal Studies Scott Robinson, the requirements for the major should see little change.

Another concern expressed was that the Equipment Checkout Center (ECC) may change locations. According to Tibbits, there were talks of moving the ECC to Samuelson Hall earlier this year and Daering was the main opponent of this decision. Tibbits said they don’t know if this decision has been made yet.

“They have to check it all over to make sure everything is still working and that requires familiarity with the equipment,” Tibbits said.

Bilyeu said they felt film students were being kept in the dark about these changes.