Going from students of the game to teachers 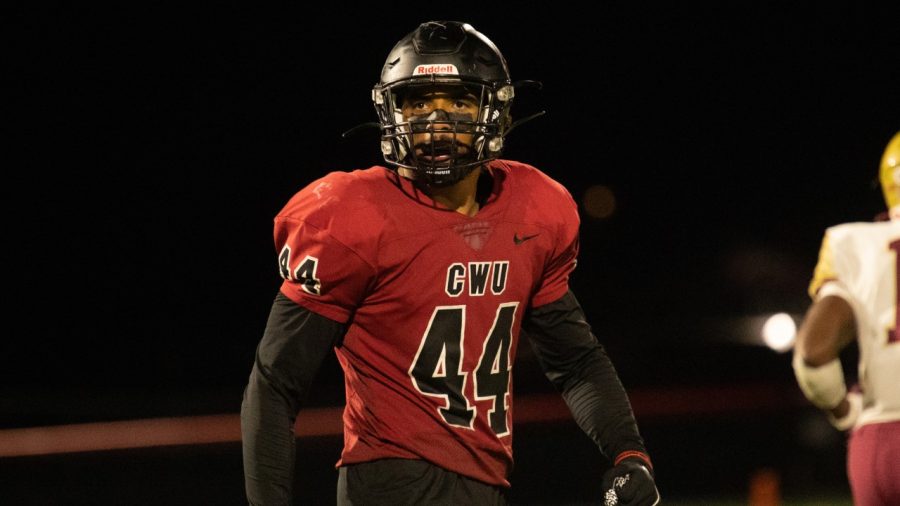 Donte Hamilton (pictured) is ready to go from defensive captain to assistant coach this fall.

Former wide receiver JoJo Hillel and linebacker Donte Hamilton have decided to return to the football program as graduate assistant coaches for head coach Chris Fisk’s 2022-23 staff. Hillel will be a wide receivers coach while Hamilton will be coaching defensive backs who play the nickel position this season.

Hillel and Hamilton said the choice to join CWU’s coaching staff was an easy one even if it was for different reasons.

Hillel said there were two reasons he decided to join the staff. One reason was to get financial help for his master degree and the other was to give back to the game he loved.

“I got my degree here and when I was done … I thought the best course of action for my life was to get my master degree, especially if I could get help from the university and the football program,” Hilel said. “Now I get to give back to the game that gave so much to me which means a lot.”

Hamilton said one of his coaches brought up the idea while he was still playing and he decided to jump at the opportunity.

“Coach [Nate] Johnson, our defensive coordinator, brought it up to me going into my senior year if I was interested,” Hamilton said. “Coaching is something I always wanted to do.”

Hillel said one of his main goals as coach is to help the players become the best version of themselves both on and off the field.

“I’d say for the younger players you get to build and grow these young men into better young men and it’s kind of a new feeling,” Hillel said. “From one saturday your scoring touchdowns and the next day your teaching techniques and little stuff that you might not have thought of as a player. It’s just that fulfillment of giving back and seeing these guys execute on and off the field.”

Hamilton said his main goal is to show the younger kids there is more to CWU than just football.

“For me with the young guys showing them how we do things here, obviously both of us played here so we know how things are done here,” Hamilton said. “Telling them that it’s going to be a long process and to just stay the course and stay with it.”

Hillel said that while the dynamic going from player to coach may be a smooth transition, the relationship with the players has changed.

“While you may have this prior relationship, you have an obligation to be their coach and their mentor and sometimes it’s not buddy buddy anymore,” Hillel said. “At first it wasn’t necessarily your job as a senior to ask them if your teammates went to class or turned in an assignment, but now [as a coach] it is.”

Hamilton said he felt the relationships with the players were different now that he is a coach.

“We still have those [teammate] relationships with them,” Hamilton said. “But you have to be able to know when it’s time to lock in and when it’s time to be serious. I think it was something that was a hard transition at first … but now that I think we have been at it for a few months it’s settling in a little bit.”

The two of them had different paths that landed them at CWU. Hillel was recruited out of high school and has been at CWU his entire football career. During his CWU career Hillel caught 77 passes for 939 yards and 13 touchdowns. He also ran the ball in for six touchdowns over his four year career.

Hamilton meanwhile was a transfer out of Saddleback College in 2018. After two seasons at CWU, Hamilton was awarded the coveted 44 jersey, an honor according to CWU athletics “is given to a defensive player that most exemplifies the standards of the Wildcat defender” for the 2021-2022 season. In his final season Hamilton recorded 78 tackles while having a career high six interceptions.