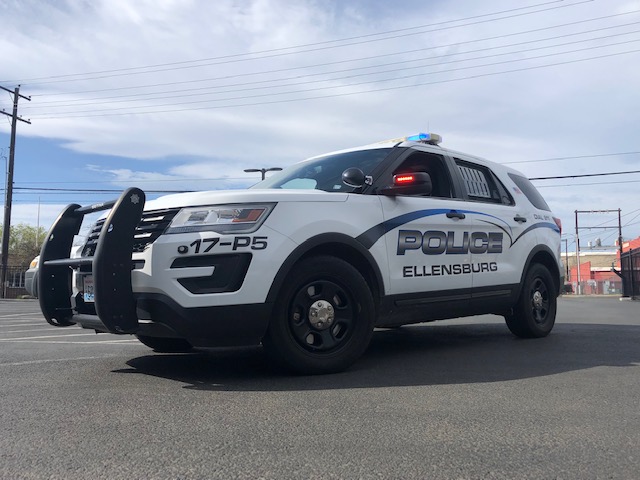 The U.S. Attorney’s Office for the Eastern District of Washington indicted Jonathan Rivera-Venegas on charges of conspiracy and distribution of fentanyl in Ellensburg on April 5.

According to a release by the Department of Justice (DOJ), Rivera-Venegas’ distribution has been connected to two known fentanyl overdose deaths.

Initially charged in Washington state court, the U.S. Attorney is moving to charge Rivera-Venegas in federal court as part of Operation Engage Spokane, a joint operation with the Drug Enforcement Administration (DEA), according to the release.

In the release, U.S. Attorney Vanessa R. Waldref said the fentanyl crisis will be addressed by working with communities, local governments and law enforcement agencies.

In another incident, Ellensburg’s Anti-Crime Unit arrested a 36-year-old Ellensburg resident for delivery of a controlled substance and discovered 2,000 fentanyl pills on March 17, according to an Ellensburg Police Department (EPD) Facebook post.

According to the post, the arrest was made following a lengthy controlled substance investigation. The post said the stash was found while executing a search warrant of the suspect’s residence and vehicle and estimated the street value of the pills at $20,000.

The suspect was processed at Kittitas County Jail and charged with three counts of delivery of a controlled substance.

In recent years fentanyl continues to be an issue in Ellensburg. Last year six Ellensburg residents died due to fentanyl related overdoses. In “Community raises awareness for fentanyl overdoses,” The Observer covered an Ellensburg protest conducted by members of the community in response to the deaths.

In that article, Rick Jackson and other members of the community wanted to bring awareness to fentanyl related overdoses as well as youth mental health needs.

In 2020, Washington had 652 fentanyl related deaths according to the UW Addictions, Drug and Alcohol Institute. Kittitas County had 10 fentanyl overdose deaths in 2021 alone, according to Washington Department of Health (DOH).

In another article, “Local first responders and police work to combat fentanyl overdoses,” The Observer covered the efforts made by Ellensburg first responders to address fentanyl related deaths in our communities.

In that article, Captain Dan Hansberry of the EPD said that fentanyl is entering the U.S. primarily from Mexico through the southern border. Hansberry also stated the unpredictably potent fentanyl is being sold as other drugs, like Percocet, unbeknownst to buyers.

Fentanyl is so concerning to first responders because, according to the DEA, it is 80-100 times stronger than morphine.

According to the DEA, the synthetic opioid was originally developed for pain management in cancer patients, and it is approved by the Food and Drug Administration (FDA).

Fentanyl overdoses are part of a larger opioid problem, and that problem isn’t exclusive to Ellensburg. According to the Washington DOH overdose mortality data for the state, opioid related deaths have been on the rise.

At the national level, the U.S. has seen deaths from opioid overdoses sharply increase over the last six years. According to the National Institute on Drug Abuse, opioid related overdose deaths were estimated at 68,630 in 2020. Synthetic opioids including fentanyl accounted for 56,516 of those deaths.

According to the National Institute on Drug Abuse, 9,649,551 pills containing fentanyl were seized by law enforcement in 2021.

To further put that in perspective, the 2,000 fentanyl pills discovered in March by EPD only accounts for less than 1% of total pills containing fentanyl seized by law enforcement in the U.S. when compared to figures from 2021.