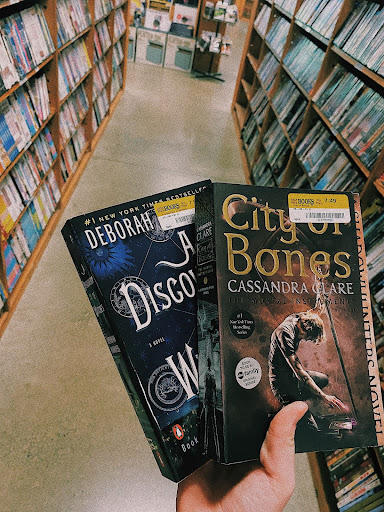 According to K.M Weiland the difference in movie storytelling is a reason why the character development is lacking. And it plays into the way that modern novelists write their stories.

“The movie industry has created a very specific type of storytelling,” Weiland said. “Fast paced, based on solid storytelling structure, and of course, emphasizing creative visuals. All of these trends have impacted modern written fiction.”

The main issue with movies, according to Weiland, is the fact that entire subplots of the book get removed from the movie adaptation because there just isn’t enough time to fit it all in.

As much as I love the visual adaptation of my favorite book, removing key parts of what makes a character upsets me in ways I can’t even begin to explain.

According to Sashi Shekar the character development in books is better because they allow readers to connect to the background and increase the imagination. Movie directors often disappoint readers because they have a different perspective of portraying things.

According to Claire Socolow the internal monologue of a character is one of the most important parts of the book because the character’s morals and beliefs help move the story along.

This is very important to me, I like connecting with my characters and comparing my life to theirs. I think it enhances the entire experience.

When I think about which character development failed to impress in a movie franchise, I automatically think of Ginny Weasley’s character development in the Harry Potter franchise. In the books she is a strong woman who stands up for the things that she believes in, but in the movies she is portrayed as a young girl who fangirls over Harry and is absolutely boy crazy.

It drives me insane because they could’ve portrayed her so much better.

Shekar said that the actors playing these characters often fail to impress because of their inability to perform the role.

Socolow said that an actor has to outwardly display the inner workings of their part through defining actions that set their distinguishing personalities apart. This can be difficult with more complex characters.

Such as Ginny Weasley from Harry Potter. There are so many qualities that define this character. It had to have been difficult growing up with six older brothers. This can make it hard to connect with other women and difficult to define oneself as such.

Shekar said something that I feel helps further drive home the idea that books are better.

Movies bring the imagery and visuals of a book to life, but it can often be hard to connect to the world. Books allow us to become part of the world.

I have imagined many times being part of the world that my favorite books present me with. They allow us to escape from our world for just a little while,

So, the next time you have a choice to read the book or watch the movie. I suggest reading the book.