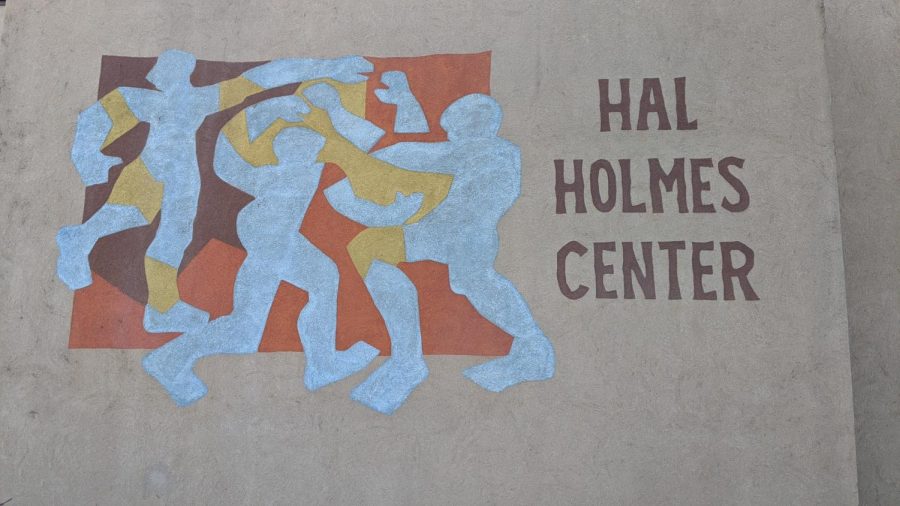 The CWU EthicsLab has been hosting a monthly discussion open to the public in the Hal Holmes Center where community members can weigh in on relevant philosophical inquiries.

The most recent event took place on Tuesday, March 1 at 6 p.m. and approximately 15 people attended, sitting at various round tables where they discussed in small groups or shared on the microphone.

Director of the EthicsLab and philosophy professor David Schwan said they created The Good Life event series to feed the need for in-person connection in a post-pandemic world.

“There is a big need for people to find venues where they can start to reconnect,” Schwan said.

Philosophy professor Matthew Altman hosted the event with Schwan. He said these events provide a chance to share their knowledge and learn in turn.

“You don’t stop learning when you leave college,” Altman said. “ We learn from these people, we respect their views and want to hear from them. It’s a collective learning experience.”

The most recent discussion in the series centered around the arts and featured guest speakers Janet Hethorn, the interim chair for the Department of Music, and Stephen Robison, professor of Art and Design.

Hethorn showed slides of various images, such as an overflowing garbage can or a busy market, and asked attendees to share the first things they noticed in the images and theories about the context.

“Meaning and relevance is incredibly connected to the things that we make and see and how we understand our world,” Hethorn said.

The evening later featured a presentation by Robison depicting various architectural structures, works of art, clothing garments and music festivals to highlight aspects of art history. Attendees then discussed what art meant to them individually.

“It’s nice to see people interested in the arts,” Robison said. “It’s hopefully going to raise a few questions in peoples’ heads that they start thinking of answers to that suit them.”

Aaron Woods, a career counselor at CWU, said he attended the event after hearing warm reviews about the first discussion in February. He said he enjoyed connecting with like-minded people and recommended more students attend future events.

“I really like the intention of this series,” Woods said. “To have discussions about critical thinking and looking at what makes life good. It’s a good way to think about things in new ways.”

Schwan said he has been surprised and humbled by the interesting perspectives of the participants so far.

“You can be really surprised at the kind of thinking and understanding and the creative activities that people are involved in who live right next door to you,” Schwan said. “Being genuinely surprised and stimulated by what somebody you met five minutes ago thinks about something, I love that sort of thing.”

Schwan emphasized the importance of creating avenues for discussions about pressing issues in a world that is often disconnected.

“I don’t think there are that many contexts where we can talk about slightly deeper … and maybe more controversial issues in person,” Schwan said. “We have a lot of that stuff that happens online, it’s happening on social media or in comment threads and it’s relatively anonymous and detached, and there really aren’t that many venues that are communal where people are deliberately engaging in a certain kind of conversation … That’s part of the reason that I’m excited about this.”

The first discussion on Feb. 1 centered around the purpose of life, and the next discussion taking place on Tuesday, April 5 at 6 p.m. is called Happiness and The Good Life and focuses on a psychological view of happiness.

Altman and Schwan invited students and community members to attend and share ideas in the hopes that it will break down barriers to communication.

“Part of the goal is to break down the divide between the college and the community,” Altman said. “It’s not bringing the community to campus, but bringing some pieces of campus out into the community and getting us to work together on some tough issues.”