Look ahead towards winter quarter and beyond 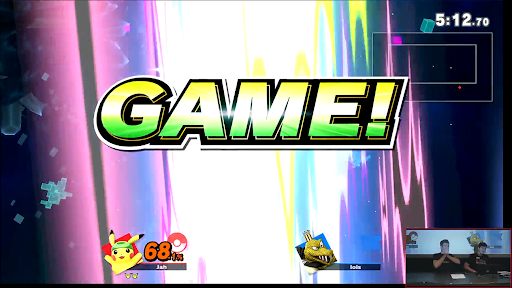 Esports has wrapped up for fall quarter.  The last esports event of the quarter was a Call of Duty tournament which was cancelled due to low participation numbers.

Fall quarter marked the return of physical esports events on campus since COVID-19 forced them online. Esport events are set to continue next quarter with events every other Friday.

One of the intramural leads and graduate student Johnny Felty said the return of physical esports events was a success.

“Honestly I thought it went really well,” Felty said. “The Smash Bros tournament was the first tournament. We had a great showing. We had a lot of people in the audience and watched in-person and in our twitch stream as well.”

Tournaments are streamed through CWU_StudentEngagement on Twitch. It is also used for the school’s trivia nights.

Setting up an esports tournament combines many factors that need to work together to make a good experience for all involved.

“Making sure that we have the right rules set for the game, for Smash Bros it was a big thing. We had to make sure it was right so everyone was happy,” Felty said. “We also have to work with the SURC staff for the in-person events, so they know what they need to set up for having both the [physical gaming] setups and streaming available.”

Felty said this also included a lot of community engagement and social media use as a strong way to get the message out.

“Talking to a lot of students about the events. Make frequent announcements in the CWU Recreation Discord server, just so people see that this is happening and can join the tournament. If someone talks to me in person about an event, I am more likely to go to it,” Felty said. “[Also] making sure we reach out and contact the most people we can, so we can get good participation numbers is what is most important. [And] I think using the CWU Recreation Instagram would be a great step.”

Another way to learn about events is through the CWU Recreation Discord server.

“I would definitely want as many people to know as we can about the Discord server,” Felty said. “We are up over 300 people on the server and we are trying to build that up.”

Felty said people can join the Discord by going on the student hub on the CWU Recreation page or by getting an invite link from their social media.

Anyone interested can register for tournaments through the CWU Recreation portal.

“We will have at least 4 tournaments  [winter] quarter, every other Friday,” Felty said. “Those will all be in person. Rocket League, Call of Duty and Smash Bros are three of the games, and we are still trying to figure out what would be best for the fourth one. It will be either Mario Kart, Madden or FIFA.”

The future of CWU esports could also see an official esports club being created.

”We are not exactly sure what that would look like. It would be great if we could have teams on the club that play different esports that represent Central in tournaments against other schools,” Felty said. “The esports club is becoming more of a thing every day.”