Battle of the Pies 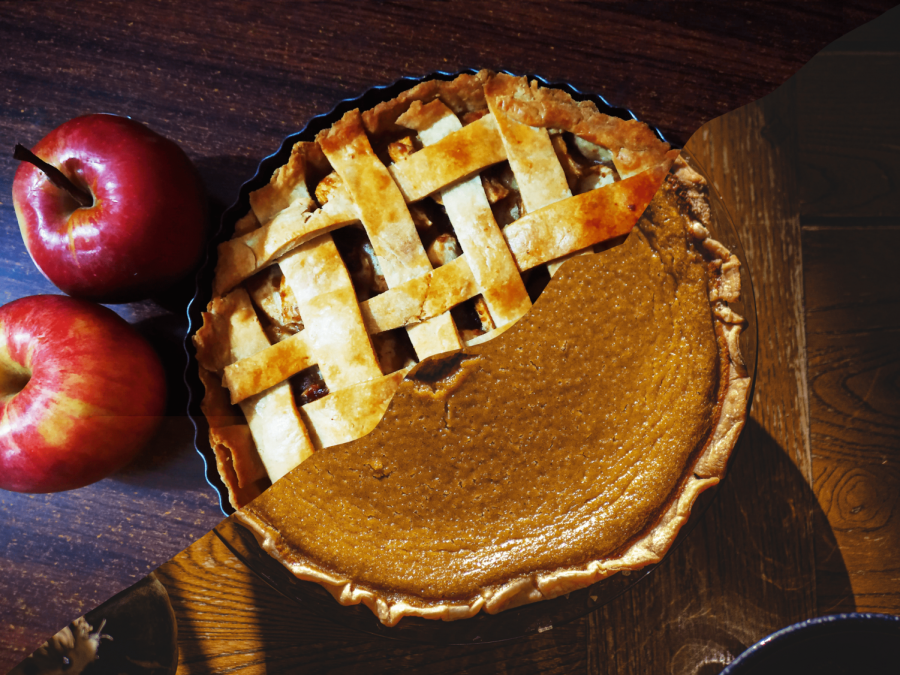 It’s a debate as old as time: which pie is better, apple or pumpkin? As we head into the holiday dinner season, it’s time to settle this debate. It’s time for the battle of the pies.

Apple pie is the best pie in the world and no one can tell you different.

When thinking of a pie two things come to mind: looks and flavor. In a battle between pumpkin pie and apple pie, there is only one true winner for these two categories.

Let’s start with looks. Apple pie can come in many different looks. From a classic apple pie with beautiful braids to a flat looking pie where you can see the chunks of apples and different flavorings mixed into it.

And then there is pumpkin pie which you can only really see one way in which is in its nasty looking orange color and there is nothing appetizing about it.

Let’s move onto the flavor. Apple pie gives you a sense of home every time you take a bite. You get the amazing apple flavor along with the flavor of cinnamon and other spices that are tossed into the apple mixture.

Pumpkin pie on the other hand is very bland. The only flavor that you get from the pie itself is the not so great flavor of pumpkin and maybe if you want to add whipped cream you can.

At the end of the day Apple pie reigns supreme.

When it comes to cooked fruit pies, pumpkin is the only way to go. It doesn’t really matter to me that pumpkin isn’t actually fruit. Cooked apples are terrible and I will die on this hill.

Some may say pumpkin pie looks and tastes bland. They are wrong. I don’t know who has been baking the pumpkin pies they’ve been having, but they’re doing it wrong.

Pumpkin pies can be made beautifully. I haven’t made a pumpkin pie yet that hasn’t had cut out leaves for the crust edge. One Thanksgiving, I even cut out a turkey from leftover pie crust to bake into the top of it.

Fall isn’t fall without pumpkin spice. Ask any simple Susan or turn-key Terry what they choose to drink in fall. Nine out of 10 answers will be a pumpkin spice latte.

There’s a reason you can go to the spice aisle in the grocery store and purchase a whole bottle of pumpkin pie spice. With nutmeg, cinnamon, cloves and ginger, it helps the sweetness of the sugar blend with the pumpkin giving you an explosion of fall with every bite.

In short, pumpkin pie is far superior to apple.