Remembering those who passed 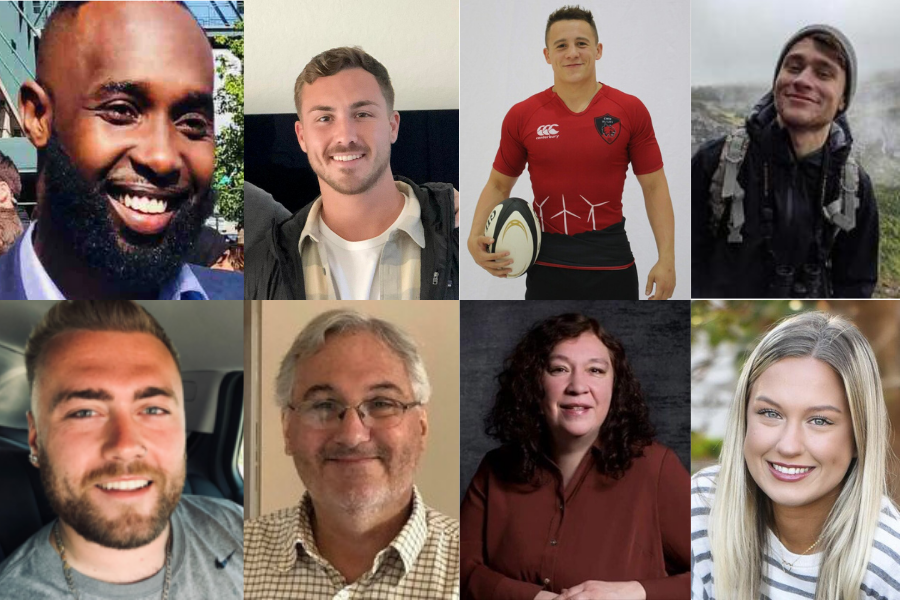 In 2021, a total of eight CWU students and staff passed away, including two professors and six students. Of the six students, two were athletes. The Observer staff wants to commemorate those who have passed this year and wish them and their families well.

This list was created to the best of our knowledge with the help of Executive Director of Student Rights & Responsibilities Joseph Bryant and Director of Benefits & HR Operations Traci Klein. The Observer apologizes if any person is missing from this list.

Muhyadin Sharif was a Psychology student attending CWU who passed away Jan. 14. According to his obituary, Sharif was “a practicing and devout Muslim,” and was known to rarely miss Jummah prayer. In his memory, his father Abdurahman Omar had plans to go home to Madda Walabu this past spring to have Sharif’s mosque built.

Avery Mottet was a Construction Management major who transferred from Washington State University, and was a member of the Delta Chi Fraternity while at WSU. According to his obituary, he grew up in Selah and graduated from Davis High School. “Avery is survived by his dog, Brodie; his parents Chris & Nancy Mottet of Ellensburg and Selah; and grandmother Dorothy “Val” Mottet of Yakima,” his obituary states.

Henry Foster was an international student from England, and active on the rugby team. Foster played the positions of fly-half and fullback. “On behalf of the entire Wildcat Athletics family, we are truly heartbroken to learn of Henry’s passing.  He was an incredibly bright young man with a magnetic personality that brought joy to everyone in his life,” said Director of Athletics Dennis Francois in an interview posted on wildcatsports.com.

Travis Thompson was a student enrolled in the Professional Pilot Program, following his passion for airplanes and flying. According to his obituary, he received his private pilot’s license and was working on his instrument rating, with the goal of becoming a commercial pilot.

“He had a passion for flying, and he brought the joy that he felt in the sky to everyone he was with, even though nobody knew what he was talking about,” his obituary states.

Sage Raymond Francois was a Health and Safety Management major, and was going to pursue the Fashion Design program once completing this major. “Our son brought us many tears, but much more joy and laughter to our lives and the lives of those he loved. His personality filled the room and he was a friend to all,” his obituary states.

Anthony O. Gabriel, PhD. was a geography professor who had been with CWU for 20 years after previously working at Western Washington University and University of Wisconsin-Oshkosh. “Through [his] love of teaching and research, he helped to mold the future of many students. He always went over and above to serve his department and his students,” his obituary states.

Kyra Nelson was an Exercise Science major who was part of the cheerleading team at CWU, who graduated from Wenatchee High School and has inspired many of those who met her. “You have truly left a legacy not only on this team but within the CWU community,” a Facebook post from the Central Washington University Cheer/Stunt Team page.