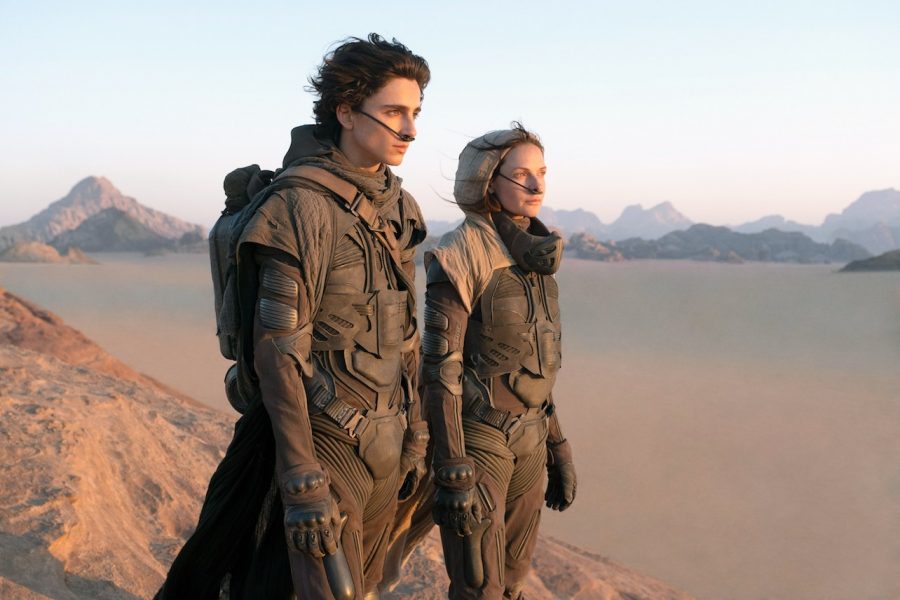 Over quarantine I finally got around to reading my weathered copy of Frank Herbert’s sci-fi classic “Dune.” While the novel is long with very slow pacing at times, I was nonetheless captivated by its rich lore and themes.

When I heard there was a movie adaptation in the works, and that it would be directed by Denis Villeneuve, who directed “Blade Runner 2049” and “Arrival,” my hopes were set high. Apart from the first trailer, I avoided any promotional material and tried to go in with as little information as possible.

When I finally got around to seeing it last month, it blew me away. The movie only retells the first half of the novel, and this allows it to include almost every character and story beat. It is the most faithful movie adaptation of a book I have ever seen.

Every actor was on their A-game and the effects were absolutely stunning. The way this movie conveys scale is incredible. You would be doing yourself a major disservice to not see this movie in theatres. It is without a doubt my favorite movie of this year.

However, Villeneve was not the first to try to adapt Herbert’s behemoth of a story onto the big screen. Surrealist director David Lynch had a crack at it in 1984, only for it to be panned by critics. Being a fan of both the books and Villeneuve’s adaptation, I decided one night to watch “Dune” (1984) and see if it was as bad as everyone said.

Above all else, this movie’s problem is that there is simply too much story to be told in its runtime. The creators tried to fit a 180,000 word book into 2 hours and 16 minutes (which is shorter than the 2021 movie). What isn’t outright cut from the movie is rushed and confusing, especially to someone unfamiliar with the story. This is especially noticeable in the second half of the story, where several important plot points are told either through montage or narration.

This movie also loves to tell instead of show, constantly having characters explain their actions and motivations through voice-over monologues. The visuals have also aged poorly. While there are a few well made sets and nice looking aliens, they are undermined by obvious greenscreens, goofy looking outfits and forgettable ship designs.

While “Dune” (1984) is an awful movie, it has given me a better appreciation of not only the new film but also every other sci-fi movie from that era. “Alien” and the original “Star Wars” trilogy all came out before this and have aged so much better.

In short, watch the new “Dune,” skip the old one.