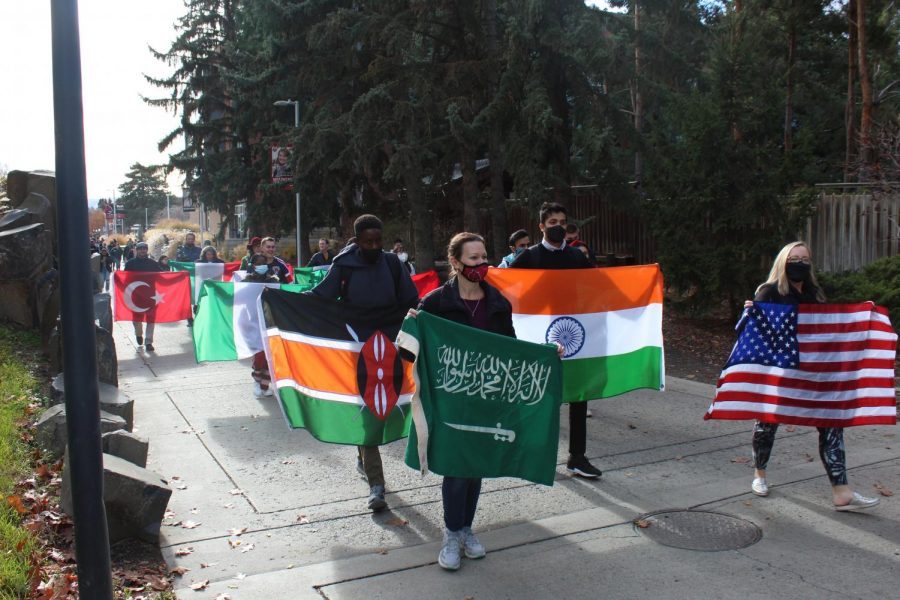 International students saw their options for studying in the U.S. dwindle last year as the pandemic hamstrung operations in international programs. Despite the rocky start, long-term benefits have emerged.

The pandemic forced all classes, clubs and activities to go fully online last academic year, including the Asia University America Program (AUAP) and English as a Second Language program (ESL). At the outset, this caused problems for international students who either had to return home or adapt to a new mode of learning.

However, despite the initial troubles caused by the pandemic, the move to online has helped expand many of the international programs at CWU.

“I can visit multiple countries a day or in a week,” said Stacy Soderstrom, the associate director of International Student and Scholar Services. “[We can] recruit in places we don’t typically recruit and receive students from those places.”

Changes with AUAP and ESL

According to Soderstrom, CWU has had a stable number of international students since 2019, but programs aimed at financially aiding them and facilitating in person learning had taken hits. One such program sees the Department of State sponsor up to 10 international students to study abroad at CWU yearly. Last year, that number was zero due to the pandemic. This year, seven students have been sponsored by this program, according to Soderstrom.

Another program, AUAP, had to move online. Pre-pandemic, AUAP students would come to CWU for five months then return home, unable to come back to take more AUAP classes. This led to many students losing the English language proficiency they had gained during their stay, according to Nicki Kukar, the director of AUAP and international student and scholar services.

Now that the program is online, they can take multiple classes and continue practicing English.

“We’ve really expanded our curriculum, we’ve created new classes that students haven’t studied before,” Kukar said. “Even when students do come back in person, we will still have the opportunity to have online classes.”

This change will not only benefit those who wish to continue their English studies after their five months at CWU, but also those who don’t have the time or money to attend in person.

“Even though it was such a shock and a dark time, a lot of good has come out of it,” Kukar said.

Makoto Takeuchi, a Multicultural Communication Junior at Asia University in Japan, said AUAP has helped her improve her English. However, there have not been any opportunities to practice English in Japan, outside of the class.

“I’d like to meet CWU teachers and volunteers directly. And if I go to America, I can get many opportunity to practice my English besides AUAP classes,” said Takeuchi, who was not able to attend the AUAP classes in person this fall.

ESL hopes to return to in person instruction this spring. Clubs and events focused on international students have returned to in-person or morphed into hybrid events, such as the fall International Cafés, one of which was online, and one was hybrid.

The International Cafés are events aimed at promoting interaction between CWU international and American students. Though two of the dates have already passed, one more Café is taking place on Nov. 18 on Zoom. In addition, international students on campus this fall have been able to participate in all activities, clubs and classes that have returned to in person instruction.

Problems with Tracking and Student Visas

What had originally crippled operations at the start of the pandemic were the restrictions to international student visas. As per the regulations put into place by the Department of Homeland Security and the Department of State after 9/11, students traveling to the U.S. on an F-visa had to take predominantly in-person classes, which allowed for only 1 online class. J-visas were a bit more lenient allowing for some hybrid classes as well. This was to keep track of where international students were during their studies here, according to Steve Cook, the associate director for education abroad.

Prospective students also faced other problems. Many U.S embassies had stopped issuing visas altogether. This has slowly improved as restrictions have lifted in the U.S. and other countries.