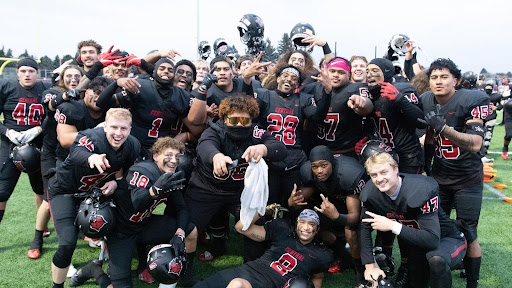 There will be playoff football this season for the CWU football team for the first time since 2017. Last Sunday, the National Collegiate Athletic Association (NCAA) announced the final division two rankings for the 2021 season.

The top seven teams from each of the four regions made the playoffs. CWU (8-2) will be playing on the road next Saturday against Northwest Missouri State (9-1).

CWU started the season with a 2-2 record, but went on a hot streak to put themselves in playoff position. An upset against #11 Midwestern State and two shutouts in their final three games, including setting a school record in points with a 92-0 win vs Lincoln University, pushed CWU over the top.

CWU enters the playoffs with a 8-2 record, winning their last six games and clinching their fourth straight Great Northwest Athletic Conference (GNAC) championship in the process.

Head Coach Cris Fisk said via CWU Football’s Twitter page, that while the coaching staff is proud of the team, there is still more work to be done.

“Words cannot describe to you from this coaching staff how proud we are of you and the adversity that we’ve gone through over the last two years to get where we are today,” Fisk said. “Now from this moment forward none of that matters. All that matters is what we do starting tomorrow.”