Local family of ducks start GoFundMe to pay for migration 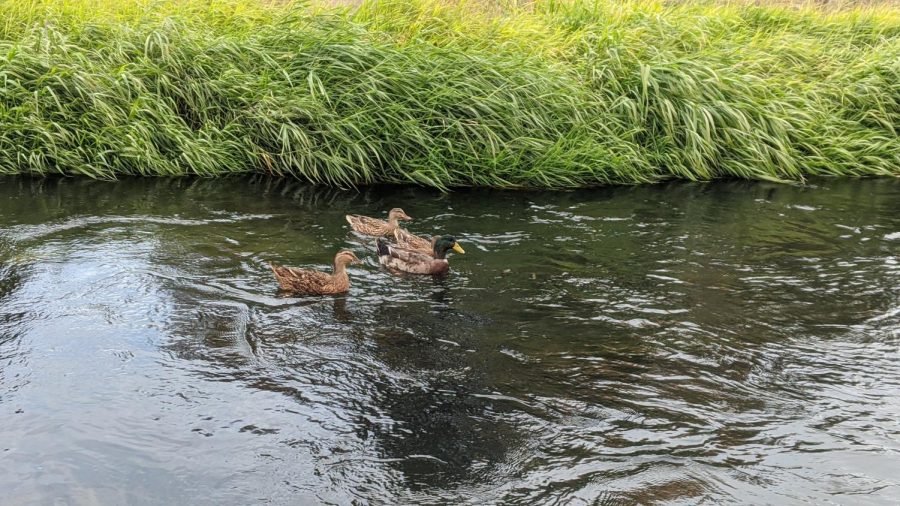 Birds of a feather flock together

Beloved residents of the irrigation canal that runs through the CWU campus, the Webber family, floated many ideas around before deciding that a GoFundMe would be the perfect way to finance their migration this Winter.

After Mallard Webber, father of twelve, lost his marbles at the bottom of the canal last spring, the family spent all of their hard-earned bills on essential oils to help him get through the healing process.

According to Mallard, overdue beak payments were racking up. The family could barely keep their heads above water.

With the perilous frosts of winter rapidly approaching, they waddled toward disaster faster than Emilia Webber, mother of twelve, could say so much as, “Quack!”

The family’s last hope was to reach out to the community.

According to Mallard, he waddled over the banks and across the sidewalk until he approached the entrance of the Brooks Library.

He hid behind the automatic door-opener until he watched a pair of size 13 Duck Martens approach the door.

Mallard said, “I waddled faster than ever while hiding behind the pair of shoes, bobbing and weaving under the student’s legs to avoid being stomped on. It was life or death.”

Mallard carefully made his way to a vacant Mac desktop and used his sharp talons to create a GoFundMe page for the migration expenses.

An anonymous source from the Brooks Library staff said, “I didn’t know what that duck was doing in the building. I thought some theatre kid brought it in to let life imitate art. Did it get water on the computer?!”

The source bolted to the computer lab to check on the computer, neglecting to finish the interview.

The CWU Committee Supporting Ducks and Duck Families (CWUCSDDF) threw a last-minute fundraiser to do their part. All proceeds were donated to the GoFundMe.

Some event-goers were almost too pleased.

Emilia Webber, mother of twelve, said, “Mallard should give in to his essential oil problem more often so we can make this a yearly event.”

The event was sponsored by Aflac car insurance and Ben Affleck in a trucker hat.

Since its creation last Monday, the GoFundMe has generated enough traffic to make the Webber family think twice about crossing Wildcat Way.

CWU students are encouraged to donate even just one bill to the Webber family this holiday season. Let’s come together to support our two-legged neighbors and show Ellensburg what makes CWU great.