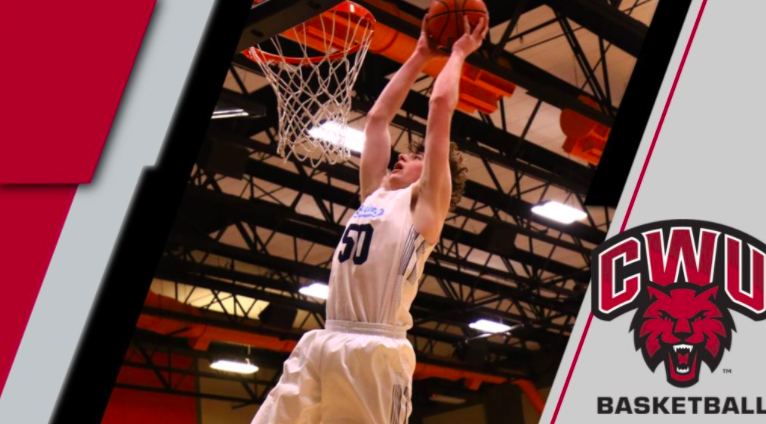 The CWU men’s basketball team has signed Mitch Brizee to the roster.

Brizee, a 6-foot-9-inch center from Weber State University, showed an impressive high school basketball career. During his tenure at Twins Fall High School in Idaho he averaged 16.7 points and seven rebounds per game.

Brandon Rinta, the head coach of the CWU men’s basketball team, has been following Brizee’s basketball journey since his high school career. He said he noticed Brizee’s hard work and improvement in skills and tried to recruit him straight out of high school. However, the second time around, Brizee accepted CWU’s proposal.

“He spent a couple years at Weber State [a Division I school] and from the sounds and looks of it he continued that upward progression. Continuing to improve in multiple areas,” Rinta said.

With Brizee gaining some experience at a Division I school, the CWU men’s basketball coaches said they see potential in him as an athlete. They plan to utilize him for what he’s best at, being a player in the post. However, they’re not disregarding his talent outside the paint.

“Mitch will be one of our best interior scorers,” said Drew Church, assistant men’s basketball coach. “His outside game is still developing, but he’s comfortable with the ball. If he can consistently score inside and out he’ll be a threat anywhere on the court.”

Both Church and Rinta are excited about Brizee joining the team because he’ll allow for more opportunities. They both agree that when he’s on the court his presence as a big man will increase their offensive pressure.

“Brizee will be a great fit for Central. I think he’ll compliment our roster and because of his ability as a player,” Rinta said.