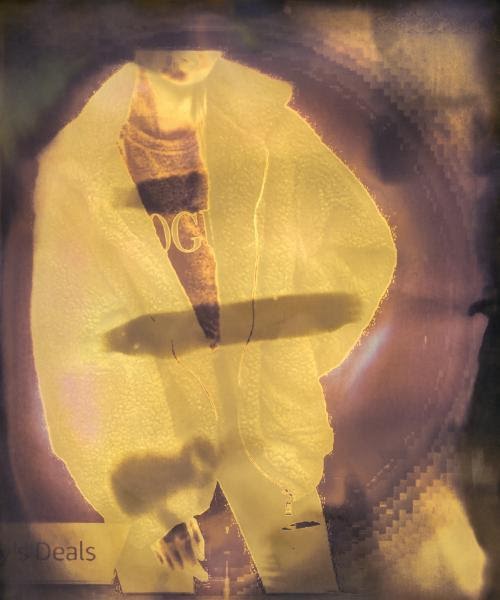 The CWU Sarah Spurgeon Gallery hosted “Reclaimed, a Master of Fine Arts,” a thesis exhibition by Lindsay Peyton and Jerry Slough, who presented alongside each other in a webinar artist talk.

Throughout the webinar Peyton and Slough were able to talk about some of the work that inspired them, and their process while living through a pandemic.

Peyton talked about some of the artist’s work that influenced some of her own and showed various art pieces.

“What did resonate with me is, was the idea of using a hybrid medium to understand and survey the world as it was changing, ” Peyton said.

Peyton talked about how she felt the world around her was changing a lot, such as climate change and the political climate, then her world changed even more when COVID-19 hit.

Peyton looked for help from her mentor and they suggested that since she had experience working as a freelance writer Peyton should think about the past. That is when Peyton decided to pull out her old box of journals.

“Eventually I developed a process and I started combining old journal entries that mentioned places and copying it repetitively on the large canvas through various means including tinted gesso, charcoal, pencil and acrylic paint, ” Peyton said. The journal entries from which she selects the excerpts all reflect on a sense of place.

During the webinar, Slough demonstrated some pieces that also influenced his work. Slough selects ads that are targeted towards him on social media and transforms them. He reclaims the data to create his own new images through chemical photographic processes. All while the frequent data collection processes remain secret and hidden.

Slough spoke about his process which was also affected by COVID-19. As he was stuck at home because he couldn’t go anywhere, he slowly became inspired by the things around him.

“My work asks the viewer to examine how they are being targeted by technology companies and how their personal life and data has become a resource, shaping their lives and actions,” Slough said.