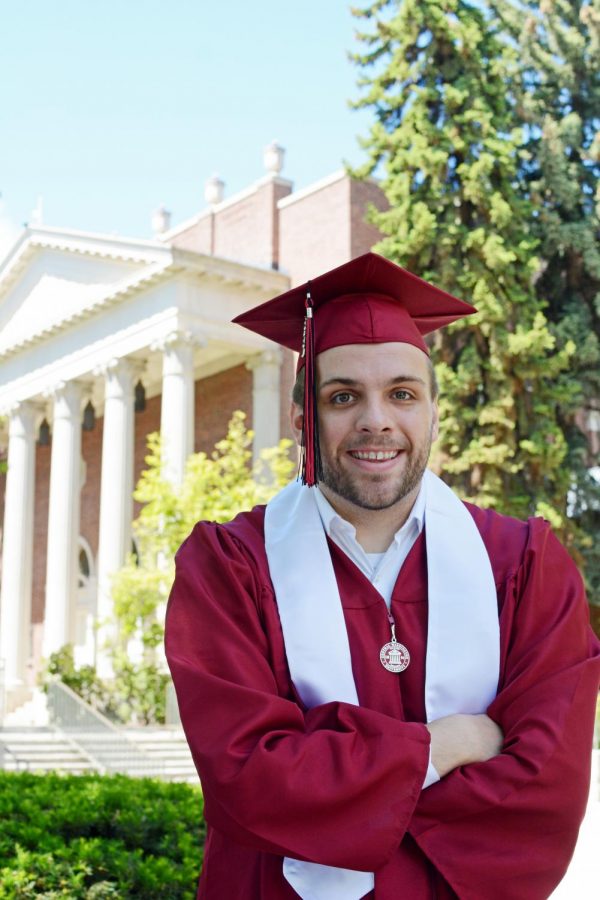 On Sept. 13, 2019, my doctor told me a CT scan revealed a benign cyst on my brain, that I would need to consult with a neurosurgeon. This came after a summer of the worst head pain I’ve ever experienced, and it came less than a week before I was scheduled to move to Cheney to start at EWU.

I scheduled an appointment for early November, and I followed through on moving five hours away from my friends, family and everything else I knew.

While I enjoyed EWU’s campus, I realized quickly that I was in the wrong place. Beyond knowing I had an approaching meeting with a neurosurgeon, I had an unshakable feeling that if I stayed at EWU I wasn’t going to get where I wanted to go.

I remember sitting in my mom’s office during one of my first visits home and telling her that I had made a huge mistake and that I thought I needed to transfer again. She was of course concerned and confused since I had only moved away a month earlier. But she was also understanding and supportive and told me that I needed to do what I thought was right.

In early November I flew back to Seattle, where I was fortunately told I would not need surgery. Even still, I knew I needed to leave EWU.

After I posted my decision on Facebook, a friend in CWU’s journalism department immediately reached out and told me I should transfer here. Throughout that winter, they frequently sent me encouraging messages. They invited me to campus and told me to sit in on one of The Observer’s production nights.

It was through this encouragement that I realized this was the place I needed to be, and I transferred here last spring.

When I transferred to CWU, I didn’t expect to get so emotionally attached to the school. Yet here we are. I’ve greatly enjoyed my time at CWU, at The Observer and in Ellensburg.

However, there is a weirdness in my graduation from CWU. Since my first quarter as a student was spring 2020, every single one of my classes has been virtual. The only time I’ve been in a classroom on campus was during a campus visit. I’ve been inside The Observer newsroom a total of three times. And since I completed my first two quarters from my parent’s house near Seattle, I’ve lived in Ellensburg for a total of nine months.

I want to thank my friends and family who have continued to love and support me on this adventure, even when I needed to change my path.

If you take anything away from this rambling column, let it be to always do what you think is right. I dropped out of school after a quarter and moved back to my parent’s house. I transferred schools and moved out during a pandemic. To get to this point, I’ve made difficult decisions. But I always tried to do what I thought was best in the long term.