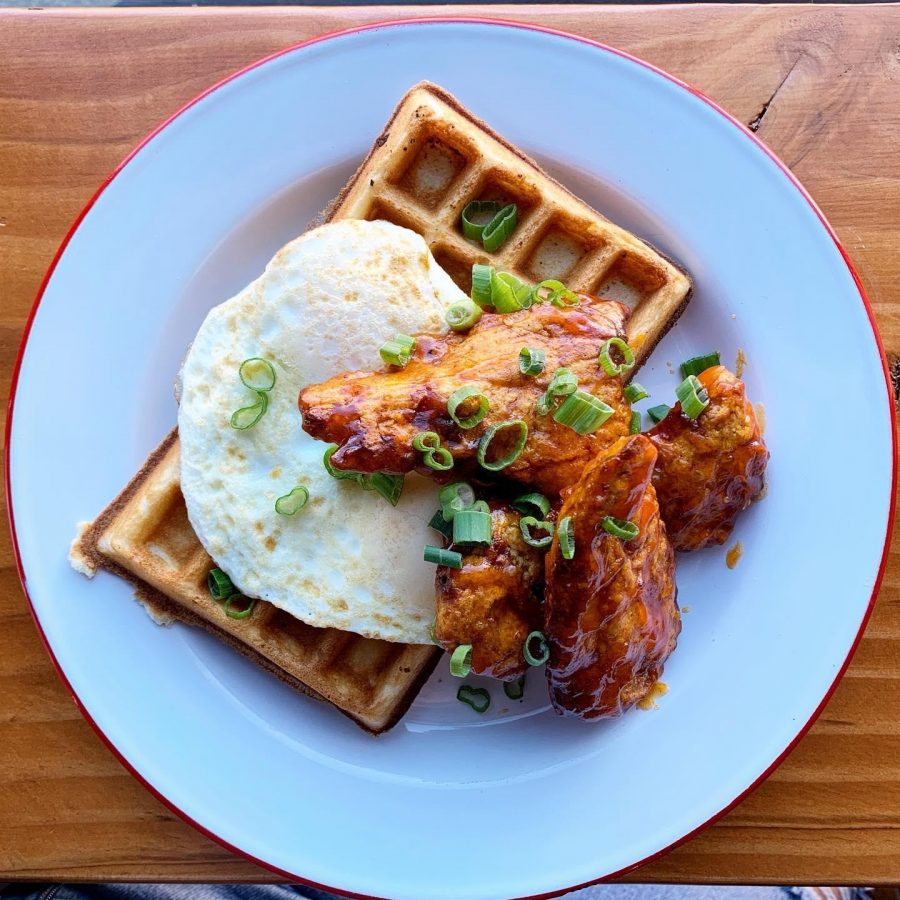 The Early Bird Chicken and Waffles

Do you enjoy waking up early and going to breakfast? Want some chicken and waffles or a scramble bowl? Luckily the Early Bird Cafe, and its new location, has you covered.

Jeannie Bayles, the restaurant’s owner, said after a rough business climate the past year, The Early Bird made it through thanks to the support of the town.

“It definitely made us realize how supportive the community is. They really rallied around all small businesses and town and supported us through it,” Bayles said. “We wouldn’t be where we are without the community.”

The Early Bird’s newest digs are on main street where the Iron Horse Brewery was previously located, at 412 N Main St.

“We are in a much better, more visible location. Being on Main street kind of opened up a whole new demographic of people,” Bayles said. “When we were over on water street we were just so tucked away in the corner, out of sight, out of mind. Moving to Main street definitely brought in a lot of people who have not dined with us before.”

With the move, The Early Bird began offering new options on their menu, while keeping  old favorites.

“Some of the older ones, the scramble bowl, it’s a classic. All of our waffles are really well received,” Bayles said. “Some of our new stuff that we introduced with the move to main street. A chicken and waffles that people are in love with. We have a burger, a breakfast burger, called the early burger. That one is generally well received.”

Bayles used knowledge of the town and the breakfast eateries already in place in order to come up with the business plan.

“Before I opened I was brainstorming. I originally was looking at doing a food truck and breakfast specifically. I felt there was a lot of great stable breakfast restaurants in town,” Bayles said. “But they serve more classic breakfast and I just thought we needed something more off the traditional menu. A little more unique, healthier. That is where it came from.”

But a question many want to know is how Bayles came up with the restaurant name, The Early Bird.