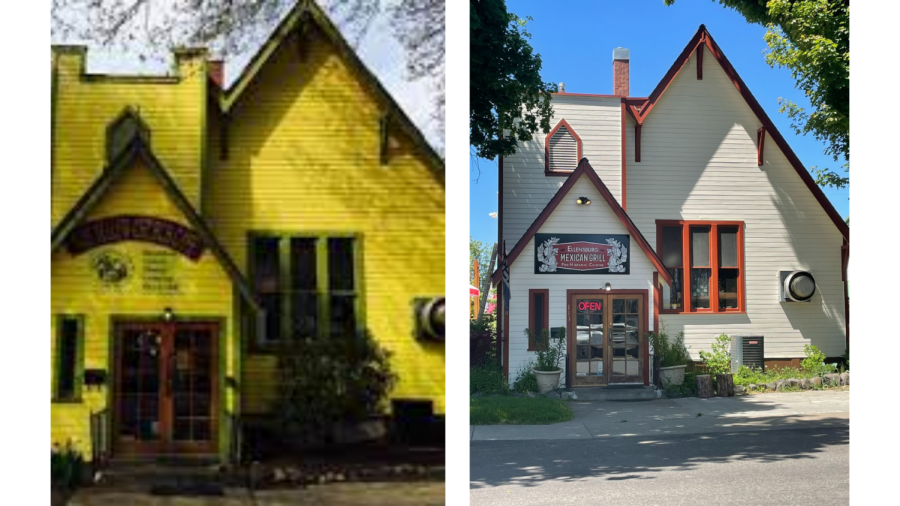 The Yellow Church Café has been a part of the Ellensburg community for over 100 years, and has been the home of many successful businesses.

However, they have rebranded and it is now known as the Ellensburg Mexican Grill. The change occurred in April by business owner Oscar Guitron.

“People were looking for something that is unique,” Guitron said. “We already had so many American restaurants in Ellensburg, so we brought something unique to it.”

Oscar Guitron was born and raised in a small town called Cuautla, located in the mountains of Jalisco, Mexico. He and his family grew and raised all the food that they ate. He moved to Washington in 1993 and started working on his culinary journey.

Guitron uses ancient techniques and recipes to bring his idea of uniqueness to his communities.

“Some of the practices we don’t follow fully because people might get offended,” Guitron said. “When I was growing up, we’d cook the entire chicken, bones and everything. We want to keep everything as authentic as possible, while also keeping everyone happy.”

While Guitron does not show the entire chicken to the guests, he will offer it to parties if they choose to fully immerse themselves in the tradition.

While it took some time for people to get accustomed to the change, the reviews are positive now.

“We had about 50/50 reactions from the community when we announced that we were changing,” Guitron said. “Now everyone is happy.”

Guitron said customers are a mix between his previous customers and new customers.

“My staff have only been on this new style for a few months, but are learning and adapting to the new style of cooking,” Guitron said.

The original building was constructed in 1923 as a church for German Lutherans. Gallery 1 started in the Yellow Church, as well as D&M Coffee.

He started his journey as a dishwasher/ prep cook, which allowed him to quickly climb the culinary ladder. Guitron has experience in multiple 5-star hotels and restaurants.

After working for small and large corporations, Guitron had the chance to own a business. This opportunity allowed him to travel and gather more knowledge on regional cuisine and what he can bring to his communities.

The pandemic sparked a vision within Guitron that prompted him to rebrand.

“I noticed that the Roslyn Mexican Grill’s business wasn’t feeling the impacts from the pandemic,” Guitron said. “That’s when I started to realize that changes were coming.”

Guitron said that his greatest achievement in life is having a family. He sees himself retiring within a few years and will be taking on other opportunities that don’t require him to be on the kitchen floor for hours on end.

“I’m focused on my own path and what I believe is right,” Guitron said. “I love food and I always will.”