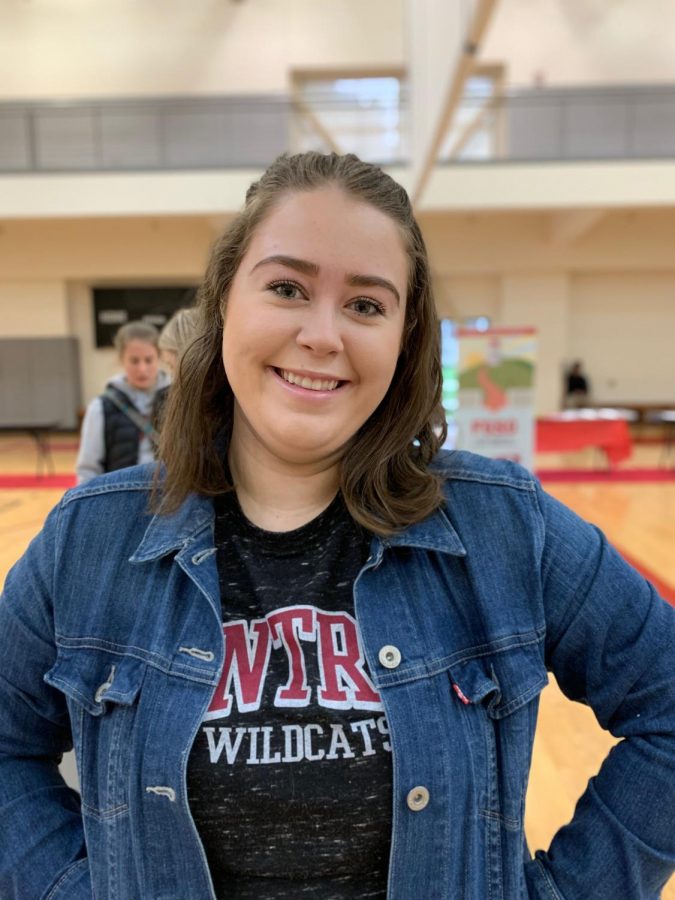 A profile of Madeline Wilson, previous editor-in-chief of PULSE magazine
Now that it is spring quarter, many students are gearing up for graduation. The finish line is in sight and their time at CWU is coming to a close. One of these seniors is Madeline Wilson.

She will be graduating with a bachelor’s degree in social services, with a minor in non-profit organization management and she is also receiving a professional writing certificate.

But Wilson is much more than her degree, she was also heavily involved within the school and community as well.

She said although she is sad to leave Ellensburg behind, she is excited to continue to walk her path with education and eventually live a wandering yet fulfilling lifestyle in the near future.

Who is Madeline Wilson? 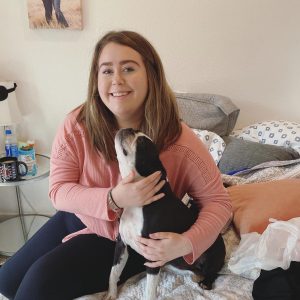 Wilson is a 21-year-old soon to be graduate, who grew up in Roseville, California. She moved to Washington her freshman year of college and fell in love with CWU and the Ellensburg community.

She is going to the University of Iowa to study higher education student affairs in the fall and plans to live an ambitious and uncommon lifestyle.

Some things Wilson is most proud of achieving during her time at CWU was the winter 2020 issue of PULSE Magazine.

“That issue was a favorite of mine because I felt like it showcased students in a different light,” Wilson said. “I felt like that story was really close to me, even though I didn’t know the student personally, I felt like seeing that in print and … just seeing his face when we handed him the issue was just such an amazing moment. It made me proud of the work we were doing and proud that my name was on that as EIC.”

Wilson is proud of the work she was able to put out in PULSE while being editor-in-chief of the magazine.

Looking back at her time at CWU, Wilson noticed CWU provided her with a sense of belonging. She believes this helped her decide to go study higher education because she wants to be a part of a university that does the same thing for students.

“Not all students are treated equally, and not all students feel the same way about their college campus, but if I could be that person who, like Jennifer Green was for me, or my internship advisors, or my professors, and just all the people I interacted with; they helped me to be who I am and to be involved on the campus and so I think that definitely helped my future,” Wilson said.

Wilson went to a college prep high school back in her hometown. Despite being a good student, her efforts were seen as average due to the rigor of the classes and other students. However, this experience led her to CWU.

“I wanted to go somewhere that fostered collaboration over competition and that is also part of the reason I chose [University of] Iowa is because I hate competing with other people,” Wilson said. “Life isn’t a competition.”

Finding her path after graduation: 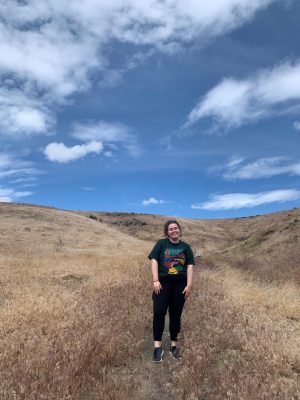 After completing multiple internships during her time at CWU, Wilson began to realize social work was something she couldn’t see herself doing in the future.

“Not that I didn’t like [social work] or enjoy it but I don’t think it’s necessarily that path I’m meant to be on,” Wilson said. “But being involved on campus and especially with PULSE made me realize that I like working with students and I like advising students.”

Talking with a friend one day, Wilson realized graduate school may be the path she wants to take. After researching schools and programs, Wilson decided to apply to seven graduate schools in hopes of pursuing higher education student affairs.

One of these seven was University of Pennsylvania. After receiving her acceptance to an ivy league school, along with several other universities, yet another life changing decision had to be made.

Wilson decided to turn down the ivy league school in order to pursue education at the University of Iowa. Although getting into University of Pennsylvania is one of Wilson’s most admired achievements, she knew the school was not the right fit.

After focusing on her needs and wants Wilson arrived at the decision to attend the University of Iowa in the fall.

Thus, in just three short months Wilson will be moving to yet another completely new state in hopes of getting the education she will need in order to pursue a career she can truly see herself in. 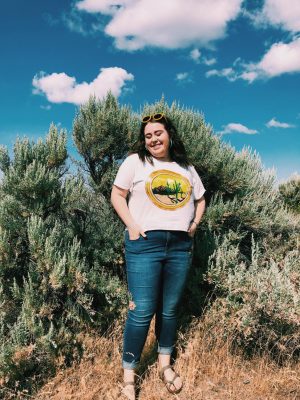 Wilson has goals and intentions for her future that go beyond education. Although her career may allow her to settle down for a few years, Wilson has plans of her own.

“I’d love to travel to all 50 states, I want to live in every region of the U.S., my goal is to live in 5 states before I even think about settling down somewhere,” Wilson said.

With Iowa being her third state she has lived in, it is safe to say she is more than on track to achieve this goal.

But Wilson does not stop there. Her list of goals are endless as she aims to take time off after graduate school to travel, eventually write a book about her family, work in journalism, continue her blog, start a podcast and so much more.

In five years Wilson sees herself finished with education and living in either her fourth or fifth state. She hopes to have started writing her book and hold two jobs, one in journalism and the other at a university.

When asked about advice she would give to current or incoming students, without hesitation Wilson answered, “Prioritize your mental health over school and work every single time.”

Wilsons first two and a half years she did not prioritize her mental health over school work and it created a really negative experience for her.

“I think prioritizing your mental health is so much more important than a grade on a test, going out for the third night in a row, or anything that you have going on,” Wilson said.

After immersing herself into both the campus and town communities, Wilson is sad to leave Ellensburg.

“I think what I’ll miss most about Ellensburg is the drives. Because Ellensburg and Kittitas County have some of the best views in the state,” Wilson said.

When asked what she would miss most about CWU, Wilson responded with her professors.

“They are truly some of the most intelligent and talented people I’ve ever met,” Wilson said. “Also, I am definitely going to miss the friends and people I have met through CWU.”