Rugby is superior to football 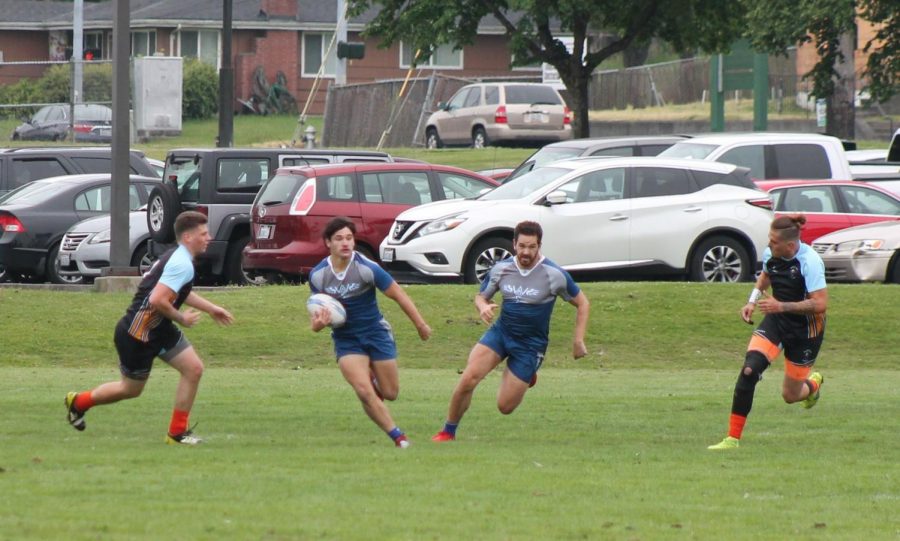 When I am asked what my favorite sport is I unquestionably say, “Rugby,” to which people usually reply, “isn’t that like football?” As someone who has played both sports for more than 10 years, I can comfortably say that the two sports are only similar in their high contact load. Rugby is a much better sport than football will ever be.

Football is undoubtedly the most popular sport in America at the moment, with a cult-like following and incredible fame for players. Rugby is the more popular sport internationally and has recently started gaining attention in the US.

This is not to say that rugby is a new sport in the US; in fact it has been around for some time. According to Britannica, “Rugby rules appeared in North America before the 1870s,” but the sport lost some recognition when football was created for some unknown reason.

Popularity aside, rugby is the superior sport for a few reasons.

While no sport is ever going to be completely safe because athletes are always pushing themselves to their limit. Football is as dangerous as it is popular.

The most common injury that occurs in football is the concussion. A New York Times article reads

that “from 1996 to 2001, the N.F.L. gathered data in an effort to study the dangers of concussions … There were 887 concussions recorded in all.” This is scary because concussions, more specifically the repeated concussions sustained in football, bring with them the chance of Chronic Traumatic Encephalopathy (CTE).

While there is still research being done into CTE, a clear danger is the link it has to patient suicide and dementia.

The cause of these injuries is very simple.

In high school, I was once asked how I could run around and take the hits that I did, to which I replied, “I don’t really feel it because of the pads.” The “protective” equipment you wear in football makes you feel almost indestructible, but at the same time it is the main reason that players get seriously injured.

If you were asked to jump off a chair, would you do it? What if you looked down and saw that there was padding on the ground?

This is the basic idea behind why football is so dangerous. Players are more likely to go into collisions without any second thoughts for their well-being because they believe the pads will help them. But sadly, players commonly lead with their helmets like missiles because they are sure that they will be safe.

With football being so dangerous, why is rugby, an almost equally physical sport, safer?

Firstly, let’s go back to the question I asked earlier. If football is jumping off of the chair with a pad on the floor, then rugby is jumping off the chair with nothing on the ground. When forced into a dangerous situation without any assurance of protection, a person is always going to be more thoughtful about what they are doing.

In rugby, there are no pads to cushion the collisions. The only pieces of required equipment, other than your body and your mind, are a mouthpiece and clothing.

As a result, the contact in rugby is not as big. The contact is much more frequent, but you aren’t going to hear any loud hits or see someone lifted off their feet because the players are always thinking of ways to be physical while also protecting themselves.

Usually this is done through the contact technique. In football, we were always taught to get our head and body across to stop the person’s movement because every yard counts. In rugby, there are no sets of downs so there is no need to worry about a couple of extra meters. As a result, we are taught to get “cheek to cheek” on the near side so that our head is free from the contact area.

Another reason rugby is safer is because there are rules in place at all levels to protect the players. In rugby, contact is a non-negotiable area or law. We have a penalty that is known as a “high tackle,” any contact above the ribs is constituted as a high tackle and players run the risk of ejection due to this penalty.

In football, the contact area is a free-for-all. With people flying in from every direction, there are very few rules to stop players from seriously injuring opponents.

Another reason rugby is better than football is because of its availability, both to play professionally and for women.

With football, there is really only the NFL and CFL for athletes who want to play professionally. As a result, many college athletes will spend years of their lives devoted to the sport just to have it end with college.

Rugby, on the other hand, has professional leagues all over the world. There is Super Rugby in New Zealand and Australia, Top League in Japan, Premiership in England and many more. The US created professional rugby, the MLR, in 2017.

For women, rugby is a sport that they can play and succeed in as well.

Unlike football, which is a male dominated sport, women’s rugby is available from youth age to the professional level, with many schools having a women’s rugby team.

Beyond college, men’s and women’s rugby is also an Olympic sport. Meaning athletes have the chance to represent their country on the world stage playing rugby, something unavailable with football.

There are many more reasons why rugby is the better sport when compared to football. Whether it is playing or watching, the safety and opportunities for men and women are more than enough reasons why you should choose to support rugby.