How the stimulus has led to scalping collectibles 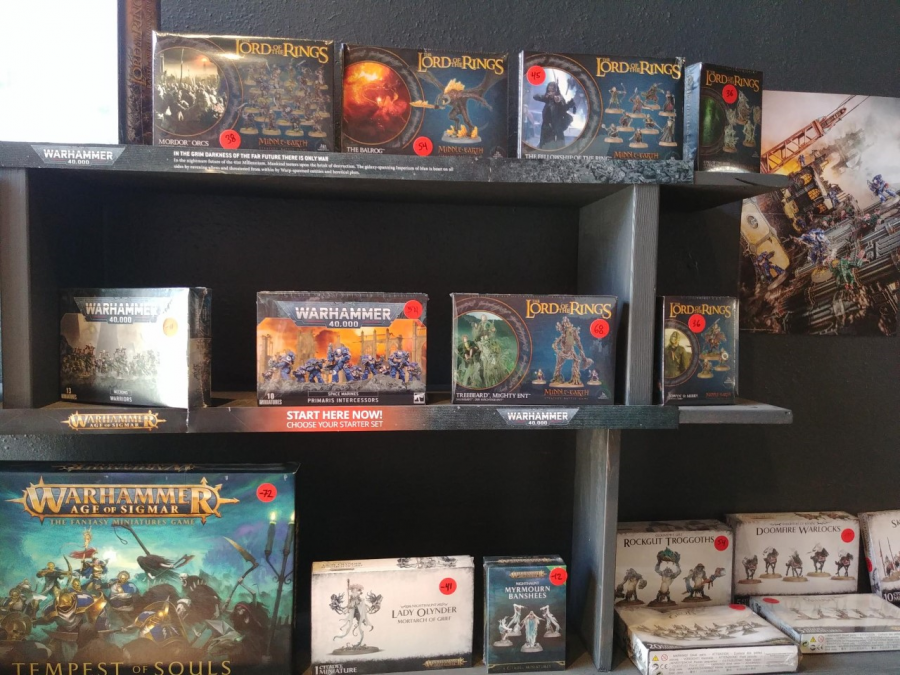 Windy City Toys and Collectibles’ Facebook page states its goal is to “provide some of the best quality hobby and toy products” to its customers.

At the start of the pandemic, people were buying up toilet paper and masks and reselling them for an overpriced amount. Now, game shops are having the same issue with collectibles.

Bailey Strom, owner of Windy City Toys and Collectibles, has been in this business for the last 10 years and recently opened his store a few months ago. Strom also uses Ebay to distribute his games and collectibles, as well as buy used models, repaint them and resell them for a decent price.

Strom said he has seen a growing issue with people buying up rare collectibles and reselling them at a high price, just because the item is rare, such as models that are no longer being made.

Strom also said he understands people want to make a profit, but “jacking up” the price is not the way to go, especially since the collectibles are memories and nostalgic to people.

“Just because something’s rare and not in print anymore doesn’t mean you should try to sell it for a crazy outrageous amount because the person who’s buying it, that means something to them,” Strom said.

Some stores, like GameStop, set limits on how many games and other items one person can purchase. Strom said with COVID-19, the warehouses have been having trouble meeting orders and with new releases, people want it as soon as possible and they are willing to pay a hefty price to get it.

Strom said even though his store mainly offers miniature board games, he has still dealt with scalpers as well.

“It’s hard and especially right now it’s a really big problem in our community, not necessarily Ellensburg, but the gaming community as a whole,” Strom said.

The recent stimulus checks have played a big part in people buying up collectibles, Strom said. Strom also said $1,400 can buy 10 boxes of a rare item, and the buyer will resell them for $300 or more. But not everyone who received a stimulus check is a scalper.

“A lot of my players were working, they had jobs it wasn’t like life or death… so for them I knew they were going to come in and buy stuff with it,” Strom said.

In these hard times of COVID-19, being able to spend money on something fun instead of survival allows people to support local businesses and helps put money back into the economy, Strom said. Strom also said he is happy to see the money going back into small businesses.