Lent: what it means and how it’s practiced 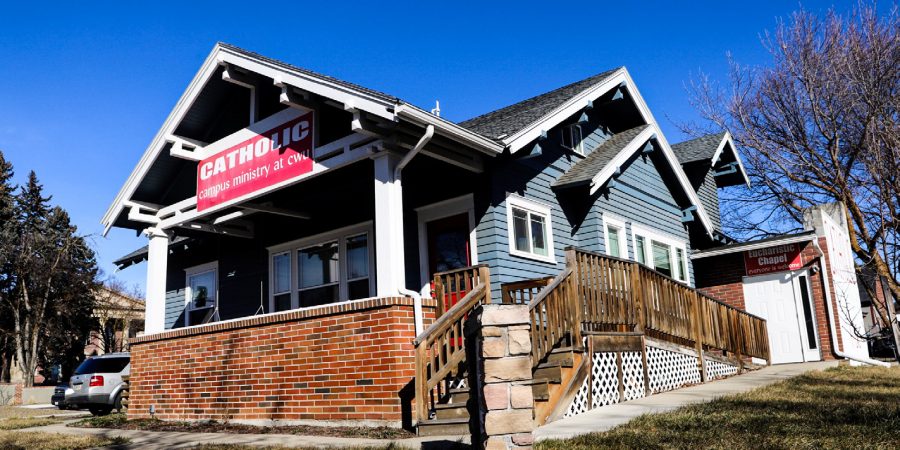 Catholic Campus Ministry is located across the road from Shaw-Smyser Hall on Sprague St.

Christians worldwide, as well as here on campus, are three weeks into this year’s observation of Lent. While the traditions associated with this period look different for everyone, the core ideologies remain the same.

Dr. Lily Vuong, a professor of religious studies, described Lent as a “period marked in terms of self-discipline and penitence, [as well as] hope and renewal.”

The 40-day period leading up to Easter, which is the most holy day in Christianity, is a solemn time to commemorate the weeks leading up to Jesus’s death and resurrection.

“This is a time that people are supposed to be really self-reflective on the things that they’ve done and their relationships with other people,” Vuong said.

One of the main traditions associated with Lent is the sacrifice of a habit or behavior for the entire 40-day period. Christians typically associate this with the 40 days that Jesus spent in the wilderness without food or water before his crucifixion.

“In the past, fasting rules were really strict – meat, eggs, butter etc. were forbidden,” Vuong said. “But nowadays, this usually translates to not eating chocolate or sugary foods, or not drinking alcohol, or [not] indulging in vices like watching excessive TV or playing a lot of video games.”

Pablo Ruelas, a junior studying mechanical engineering technology, is a peer minister for Catholic Campus Ministry (CCM), which makes him one of the leaders for the club.

“As Catholics, you are called to fast, to pray and to give alms, which is like donating to whatever local charities or bringing food to the poor. There’s many different ways to give alms,” Ruelas said. “Those are the three main observances of Lent.”

When it comes to prayer, Ruelas said for Catholics, this means reading the Bible or praying the rosary, or anything else that brings you closer to God.

“Fasting can be anywhere from giving up candy if you really like candy,” said Ruelas. Last year he gave up soda, and the year before that he gave up eating at El Gato and Lion’s Rock at the SURC. This year he said he’s combining the two by cutting out snacking between meals, all sweets and carbonated beverages, and eating out.

Ruelas said there’s no pressure to be perfect, and it’s alright to make mistakes.

“If you do fall through anywhere along the way, that doesn’t mean you should give up entirely,” Ruelas said. “You should always try your best to do what you can.”

Serena Thompson is a senior studying elementary education and has been a part of Resonate Church since her freshman year.

“I didn’t practice [Lent] until I got to college, because growing up I always thought it was a Catholic thing,” Thompson said. “But then I came to college and I joined Resonate, and our pastor talked about how it’s not just confined to Catholicism … it’s for anyone who wants a better relationship with Jesus.”

This year, Thompson is giving up social media after she realized how many hours she had been spending on it. She said despite the difficulties of the last year, she’s finding it easier than ever to give something up and focus her energy on things she finds more productive, like praying and reading her Bible. But she said if it’s not a struggle, it’s not worth giving up.

“It is a huge time of self-discipline, because it’s really freaking hard!”Thompson said. “It shouldn’t be easy the things that you’re giving up, because then it’s not helping anything.”

Vuong, Ruelas and Thompson all said it’s incredibly beneficial to learn about other people’s religions and cultures.

“I’ve been, in a way, blessed to have my dad be in the military,” Ruelas said. “I got to move around a lot to see different cultures and a lot of different people’s religions.” He’s also met many fellow students who practice a wide variety of faiths, and said understanding religions is a great way to understand people.

Dr. Vuong, who has been teaching religious studies at CWU for six years, said she discusses the importance of learning about different religions in her classes.

“Understanding people’s religions really tells you what they value, what they believe in, and how they see themselves in the world,” Vuong said. “It helps us have, at the core, a better understanding of each other’s positions, and therefore the ability to have empathy for each other, to understand each other … just being able to connect with people on that level is really important.”