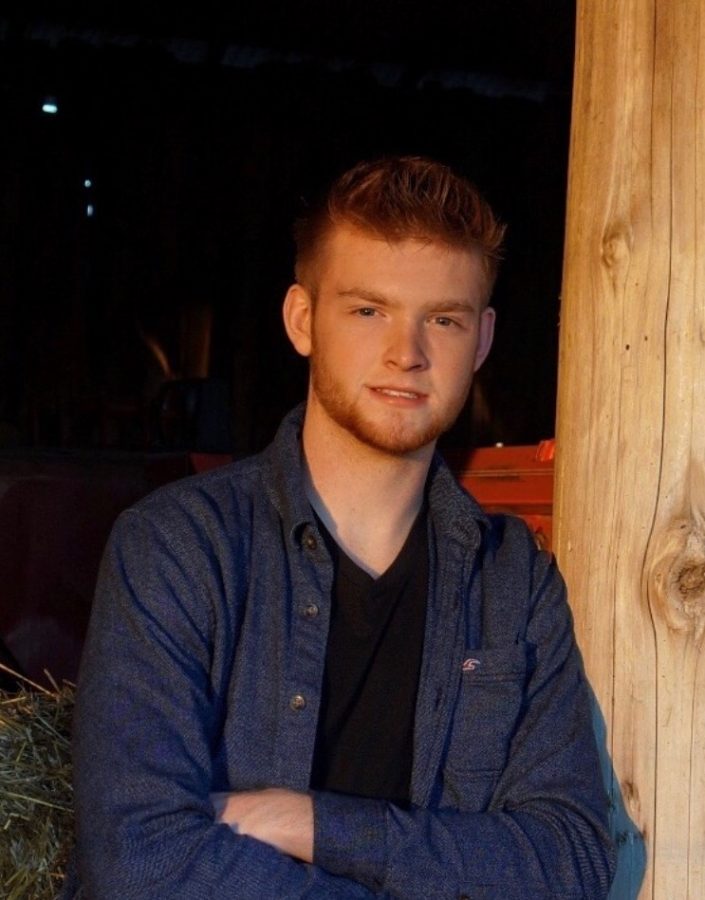 As students enter the college phase, many rely on the student services schools provide for them. Washington ranks number 11 in the total usage of state financial aid, according to the Education Data research website of 2021. Researchers determined that Washington spends a total of $403.7 million. 13.4% of undergrads at two year institutions receive an average of $5,549 in loans and 25.1% of undergrads at four-year institutions receive an average of $6,214 in loans.

Senior Safety and Health Management major Keegan Goldrick has come up with a way to make money without having to rely only on financial aid or loan packages.

Goldrick began detailing his own car and then his family and friends’ cars. Because he saw an opportunity to expand, Goldrick began to publicize his “side job” to earn extra money for school. With the help of his dad, Goldrick managed to acquire customers.

“I had about 30 or 40 people in like the first month,” Goldrick said. “I was like,‘man, this is actually doing really well,’ so I just decided to keep doing it.”

Goldrick said that with this opportunity he can save money for college. He gives his customers a variety of services to choose from.

“I charge at a base rate. I don’t charge anything extra for anything special,” Goldrick said. “I do $150 for a full detail and then $75 for just an interior or exterior.”

“It’s just to really get all the contaminants and everything that are stuck on your cars paint off and then the ceramic wax, which lasts a lot longer than regular wax, I do that for $200,” Goldrick said.

Ellen Tombleson, Ellensburg local and Goldrick’s aunt, also believes that his prices are low compared to other businesses.

Tombleson has had her car worked on before by Goldrick three times. She said she thinks Goldrick’s prices are low and is grateful for Goldrick’s work ethic and availability.

Tombleson said she is not surprised at Goldrick’s success. She said Goldrick is “more or less self-taught.”

“His dad, my brother, is pretty meticulous on [how] you do things the right way and you don’t take shortcuts and so he probably always kind of had that influence in his life,” Tombleson said. “[Goldrick] just does it the right way you’re supposed to, he’s not lazy. He doesn’t take the easy way out.”

Over the span of two years that Goldrick’s business has been active, he’s serviced about 300 customers. Even through the pandemic, he said his business did not take a direct hit.

“It’s probably increased a little bit actually because more people are usually available and it almost seems as if it’s like, ‘oh we got some time to do this right now.’People are trying to get their cars nice and clean, [which] they haven’t done in forever,” Goldrick said.

Kristin Everson, Ellensburg local and family friend of Goldrick, agrees that with the pandemic, services are limited. Her busy schedule also made it difficult to get things done. Everson appreciates the fact that Goldrick comes to customers and shares that his mobile service is a “huge plus for us.”

Everson said she and her family have been consistent clients of Goldrick.

“He does a huge thorough job. It’s amazing [that] he offers inside and outside [work]. We usually always do both,” Everson said.

Goldrick plans to continue his business until he graduates or until the beginning of summer. With a job already secured and lined up in Goldrick’s future, he plans to pass on the job to his roommate.

Junior Business Administrator Ryan Reed has also been helping Goldrick with his business to save money for college.

“It’s just nice to make money right now. I didn’t have a job before [Goldrick] had me come help him out and asked me to do that. It’s tough to find a job right now too and I just need to pay for school and stuff like that so that’s the main goal right now,” Reed said.

This year is Reed’s first year officially helping out. Reed said he learned how to detail cars as well with the help of Goldrick’s mentoring. With this experience, Reed said he has learned a lot about business management.

“It’s nice because even though obviously we’re not business right now, we’re providing service, making some money off of it,” Reed said, “but it’s nice because it’s kind of given me a sense of what it’s like having a business partner and it’s good to have piled up experience honestly with clients and just stuff like that.”

Reed believes that he is ready to take on the reins and manage the business for Goldrick. He hopes to meet new people, build relationships and keep the business going.

When it comes to saving money, Goldrick recommends students to “think outside the box.”

“It really makes you think about what else is out there and it just gives you more outlets to go  from,” Goldrick said.