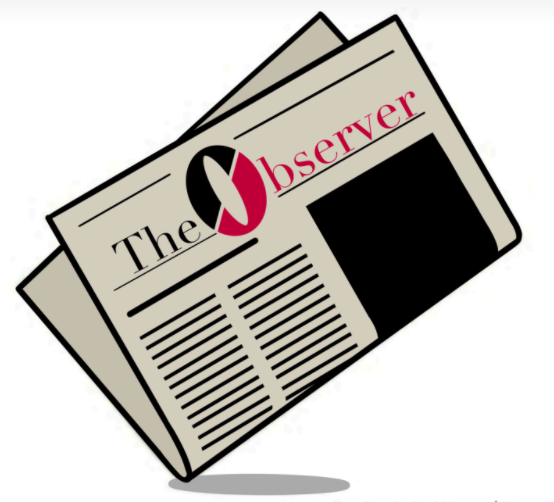 A phrase that I’ve been hearing repeatedly throughout the duration of the pandemic is “when we go back to normal.”

Things will be better, plans will be made and loved ones will be seen “when we go back to normal.”

A pandemic is not an event that leaves a culture untouched, and frankly, if we come to the other side of this and nothing has changed due to it we should strive for better.

This moment has highlighted necessary change.

As somebody who both is and has loved ones who are at heightened risk of complications due to COVID-19, the responses to the pandemic on many levels have failed me.

I am not even part of other groups that have been touched much more deeply by this trauma, like Black Americans and the homeless population.

We are in a moment of redefinition. I do not know what the future will look like, but I do know that it is incredibly unlikely it will look like the past.

So when people reassuringly tell me that any myriad of things will be better “when we go back to normal,” it’s dismissive of this entire experience.

It’s dismissive of the sacrifices I’ve made, the nights I’ve spent awake and the precautions I’ve been taking for the past eight months.

I don’t know what our new “normal” will look like, or when it will come, but I know I hold it to a higher standard than this.

The COVID-19 pandemic has been a huge blow to the convention community, mainly for the artists who sell to the many patrons that attend.

Conventions were the highlight for artists. For some, to make a living.

It wasn’t just the fanfare of the many fandoms, cosplays or events that were condensed into those short three days.

It was seeing all the people and the smiles brought on as they bought our goods that took hours and a lot of money to produce.

With virtual cons, what is left for the artists?

Paying and prepping for the amount of stock enough to sell to hundreds of people for it all to stay in boxes and to slowly sell online.

Conventions gave notice, fan support and gave us confidence in our work.

As one of those artists, what do I do now?

This ‘Bachelorette’ season is a mess
Amy Morris

Being stuck at home has resulted in me watching a lot of TV. Almost every new show I seemed to have watched.

“The Bachelorette” in particular has sparked a lot of conversation lately. This season is truly unlike any other.

Not only did the filming process happen during a pandemic, but the bachelorette this season was very unexpected.

Usually the bachelorette is a popular contestant from the last season of “The Bachelor”.

Not only was Clare not from the last season, she was also 39. Most of the contestants were noticeably much younger than her.

Clare being a very intense person brought a deep, emotional turn to almost every conversation.

Her need for a deep connection got in the way of her making meaningful connections with the contestants.

Not everyone can dive straight into a deep conversation without knowing someone for a while.

Her fixation on the contestant Dale also became an obsession.

I understand the feeling of falling for someone very deeply and wanting to focus on only them.

However, “The Bachelorette” is all about dating multiple men at once, not just one.

A cup of sugar
Casey Rothgeb

With the election around the corner, which old white guy is going to win?

The one who doesn’t know what position he is running for, or Chester Cheetos’ grandpa getting his orange dusty fingers all over the oval office?

One candidate who calls himself a visionary has one point for his candidacy that I love and believe we all need to get behind from here on out.

We need to value our relationships more than money and politics.

We are all in this together and need each other.

Go out and vote for whoever you believe will run this country the best, and at the end of the day, if you and your neighbor voted opposite of each other, you still better bring them that damn cup of sugar over for their cookies and tell them to have a great night, because that is what neighbors do.

With COVID-19 keeping us all indoors there’s no better time than now to truly evolve into the greatest chef in the world, Chef Gordon Ramsay.

With all the time you have inside it’s a great time to binge some Master Chef, or stalk Gordon Ramsay’s TikTok and dream of being as cool as him.

Sure, you can learn a recipe or two, but what I really mean is learning how to speak like a true chef.

Next time you sit down for a meal maybe spew out a quote from Gordon Ramsay himself like, “For what we are about to eat, may the Lord make us truly not vomit.”

Eventually, maybe even you can become as beautifully versed as Chef Ramsay.

Just don’t go blaming me if you start speaking in a British accent.

PSA: Kanye West is not on the Washington ballot
Aeryn Kauffman

Those 12 do not include Washington.

There are some interesting and passionate third party candidates on the ballot who have well thought-out stances on issues, but Kanye West isn’t one of them.

Please take your vote seriously, and vote for a party that isn’t titled the Birthday Party.

The Electoral College is the formal body which elects the President and Vice President of the United States.

When voters go to the polls in a Presidential election, they are actually voting for the electors to cast their ballots for that ticket in the Electoral College.

According to the Federal Election Commission, in the 2016 election Presidential Nominee Hillary Clinton won the popular vote by 2.09%, and while that may not seem like a lot, that 2.09% represents more than 2.8 million votes.

If you care about democracy, you should care that this happened.

The people of the United States did not vote Donald Trump into office.

Rather, a group of people took the country’s fate into their own hands and decided to vote against the nominee the people chose.

To accurately represent a true democracy, the electoral college should be abolished and the fate of the country should be voted on through the popular vote.

I am so sick of maskne
Aeryn Kauffman

The flipside of COVID-19 outbreaks is COVID-19 breakouts.

I’ve probably aged a good five years during the pandemic because of maskne, or mask acne.

It’s not cute. I’ve combed through the recesses of /r/SkincareAddiction and tried many different strategies to manage it.

Right now my strategy is being thankful the mask covers up the problem it caused. Send help.

Civic responsibility does not end on election day
Mitchell Roland

Whether or not you submit your ballot by 8 p.m. today, and I encourage you to do so, please remember to get involved the rest of the year.

Regardless of how this election plays out, there is still more work to be done.

Stay informed on what your elected officials are.

Know who your representatives in congress are. Know who the mayor of your town is.

While it seems like your voice won’t make a difference, it does.

If there’s something in your community or in your town that you don’t like, speak out about it.

And if your elected officials don’t do anything about it, then vote them out or run for their position to change it.

While it is important to vote in a presidential election, please remember to make your voice heard more than once every four years.

Growing up I’ve never had any consoles where I could really play with anybody else.

I found joy in watching people on YouTube playing games instead.

During COVID-19 I was able to get a PC that could run the games I’ve always wanted to play myself.

I’ve been able to play Ark: Survival Evolved, Among us and Dead by Daylight.

Playing these games has kept me going throughout the pandemic.

Phasmophobia by Kinetic Games has the most recent one.

It was released on Sept. 18 and has already hit number five on Steam’s list of top games.

The game itself is described as a four person co-op psychological horror game, but can also be played with a solo team.

I’ve never been one for the horror genre and probably wouldn’t have even considered playing it if I hadn’t watched others play it.

The goal in the game is to discover what type of ghost based on the three pieces of evidence the ghost reveals without getting killed by the ghost, as well as record evidence of the paranormal activity.

The game uses directional chat for players to have a complete immersive experience.

Phasmophobia is so fun it’ll make you wet your pants.

Today’s gift: Your voice and your vote
Rey Green

Every single day is a gift and should be treated as such. It’s a gift because tomorrow’s not promised.

All we can control is right now and right now it’s very vital that we vote.

I’ll be the first to admit that I’m ashamed I have never voted before. I blame myself for this selfish act.

Always believing that everything will be handled. Clearly with how divided our country is, that assumption was wrong.

You should never leave anything in the hands of someone else. Especially someone who doesn’t care about you.

President Trump during the second debate didn’t condemn white supremacy, and told the Proud Boys to “stand back and stand by.”

Get up and vote. Your voice matters. Right now is going to determine the future, not just for you but for your kids and their kids as well.