GET Mobile gets stalled 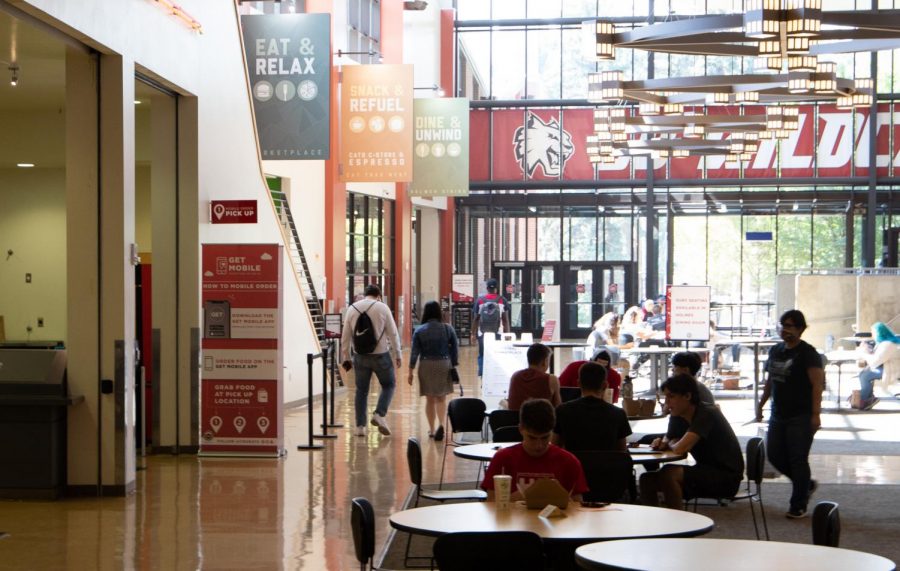 To help reduce the amount of people in the SURC at a time, CWU has been using “GET Mobile,” a phone application used to remotely order food. While this convenience is appreciated by students, some say it has its issues.

Joe Reede, a freshman undeclared major, has had a number of problems but “only one big issue.” Among other things, he said the app does not notify him when his food is ready, so he has to wait for it to be called out, as well as the app doesn’t automatically update and it logs him out.

When an order is submitted, an email is sent to the customer that gives a time the order will be ready. For Reede, this caused issues when his order wasn’t ready until 30 minutes after the time he was given.

“I can’t say this is what I expected out of college. I thought classes would be the biggest hassle, not food,” Reede said.

Jen Hansen, a sophomore education major’s issue was similar to Reede’s: time. Hansen had ordered food without realizing that the place she’d ordered from would close five minutes after she ordered. According to Hansen, the app doesn’t seem to take closing time into account and allows customers to order up to the last possible moment. Hansen got her order the next day at noon.

“I know it’s not the workers’ fault either. They’ve got to have it hard since they have to deal with this too,” Hansen said.

“It’s not that hard to have a default payment. I’ve seen plenty of things do it so why not this?” Steward said.

On the Apple app store, there are over 100 complaints regarding GET Mobile, many of which revolve around connectivity issues from students across the country. This means that the issues are not exclusive to CWU. However, Steward said these frustrations shouldn’t be taken out on the workers.

“God, you can’t help but feel bad for them. They’re probably suffering way worse than anyone but you have to imagine that people are giving them attitude,” Steward said.