From Ethiopia to Ellensburg: How one woman turned tragedy into triumph 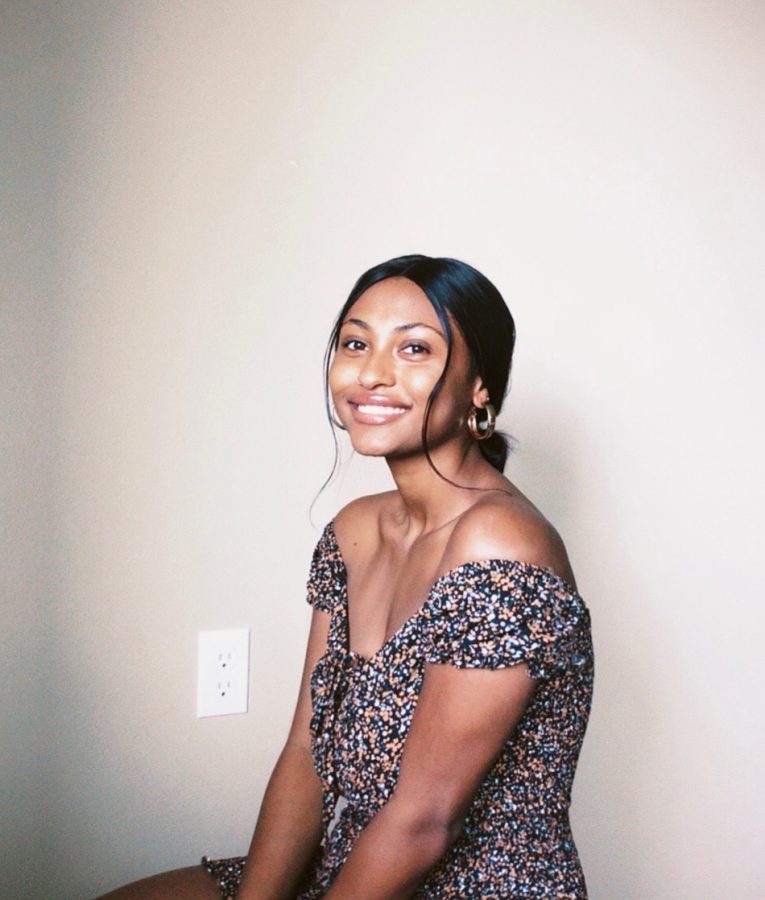 Heartbreak paired with a chance to seek out dreams and opportunities is often a conflicting scenario. For Paneal Holland, heartbreak led to a fresh start. Extraordinary circumstances brought her 8,336 miles from Ethiopia to Washington as a 9-year-old girl.

Life, for many, is about the pursuit of happiness. For some, it is easily handed to them and for others, it is painfully earned. Paneal is described by loved ones as a young woman who has lived through affliction and has built her life around independence and determination. Leaving home in Ethiopia and taking on the journey of discovering a new family, continent and life has shaped her into the woman she is today. Paneal was adopted from Ethiopia and arrived in the U.S. unable to speak English.

“I think it’s just having the mindset of knowing that I am here for a reason,” Paneal said. “I definitely have a better life than I did before.”

This upcoming school year she’ll be a senior public relations major. Disclaimer: Paneal Holland was a staff photographer for The Observer’s staff in winter 2020.

Paneal was born and raised in Addis Ababa, Ethiopia until the age of nine. Paneal’s birth mother told Paneal that she no longer had the financial resources to pay for her children. Because of this, Paneal and her brother were placed in an orphanage.

The siblings remained in the orphanage for nearly a year, rarely getting to see their birth mother.

In 2008, Paneal was told that there was a family coming from the U.S. to visit her and her brother. After meeting her now adopted mother, Paneal and her brother were told that in just a few days that they’d be moving to Wenatchee, Washington.

“They told us, ‘you’ve got to go,’” Paneal said. “And my brother and I were just lost and didn’t know what exactly was happening.”

Growing up in Ethiopia, Paneal heard America was the land of opportunity. She knew moving to the U.S. would mean her future would be bright.

“I was kind of heartbroken because my mom was my best friend,” Paneal said. “I barely even got a chance to say goodbye.”

Never alone, traveling with her brother

Paneal left for the U.S. with her brother in arms. Both didn’t speak any English and were unprepared for what was in front of them. From that moment, the two relied on each other. Her younger brother, Eyu Holland, was seven years old at the time of the move and is now 19 years old. Eyu said one of his favorite things about Paneal is how easy she is to tease, but added that she’s what gives him aspiration and hope in his own life.

“She’s always full of hope,” Eyu said. “We will always be close. We’ve had a hard life together and that bond is unbreakable.”

Paneal and Eyu were given a second chance at life by Laura Gaukroger-Holland, the woman who adopted them. Laura is a single mother, who actively works as a nurse. She’s described by Paneal as a sweet person who will do anything for her children. Laura has two other adopted children in addition to Paneal and Eyu.

“She is an amazing woman and mother,” Paneal said about her adopted mother. “I hope someday I am half as good as her.”

Eyu said his sister has always looked after him and had his back, often taking the role of his mother when in Ethiopia.

“She always wants the best for me,” Eyu said. “Just having her around always gives me confidence.”

Laura said Paneal had a hard time not acting like a mother to Eyu.

“I used to have to even sometimes say, you know, I’m his mother now,” Laura said. “You get to be his sister.”

Paneal said if she had continued living in Ethiopia, she would have been married with kids by now. Instead, she’s a junior in college focusing on school and work.

“Here, I have a better life. I’m going to school, I have a job, I’m living on my own,” Paneal said. “If I was there right now, I would not have the same opportunity.”

Transition to the U.S.

Laura said the transition from Ethiopia to the U.S. was extremely hard for Paneal and her younger brother. Leaving behind their birth place and birth mother took a toll on both of them. Laura said the adjustment process was not short-lived. Learning English while also settling into a new environment and community that, at the time, lacked diversity was very difficult. Paneal also was often mourning the loss of not getting to see her birth mother.

Laura said for the first few months Paneal grieved very deeply and often would cry herself to sleep. Laura sought help in making this adjustment process easier. She was given the suggestion by a social worker to let Paneal pick out a beautiful frame of her choice that she could place a picture of her birth mother in.

“She kept that next to her bed, that was a bit of a turning point being able to have that picture there,” Laura said. “It’s probably still next to her bed now in Ellensburg.”

Paneal had a few habits that originated from Ethiopia which made her unique when practicing them in the U.S., one of which she still carries with her today.

When she was little, when welcoming a guest or family members, she would pick up a piece of food and put it into their mouths. This is a custom in Ethiopia, as a sign of friendship or welcoming someone into your home.

When she first got to her new home in Wenatchee, she also would always wash her clothes in the sink. Laura said even though they had a laundry machine and plenty of clothes for the next day, this is something Paneal really enjoyed doing.

“I think I still have seen her do that as an adult,” Laura said. “Picking something up from her plate and putting it into Eyu’s mouth to taste it.”

As a child, Paneal never really developed enjoyment playing with specific toys, since she had very few toys in Ethiopia. To bond with one another, Laura and Paneal would often play games such as Candyland. Laura said two things Paneal has always loved to do was to do crafts.

Laura raised Paneal to always be a hard worker. Paneal worked throughout high school and often bought herself new clothes and saved enough money for a down payment on a car.

Learning English was one of the biggest challenges for Paneal. She said it took about a year before she was able to speak English comfortably. She often struggled building connections in school and felt like an outcast since she didn’t know anybody or how to effectively communicate.

“I was very embarrassed with my lips, I always thought they were too big.” Paneal said. “I used to hide my face.”

Laura, on the other hand, has always found her daughter beautiful. She loves Paneal’s kindness, her love for her brother and her work ethic.

“She is absolutely stunningly gorgeous and I know that isn’t a trait,” Laura said. “But you know, she’s just gorgeous, absolutely gorgeous.”

In the process of learning English, Paneal lost the ability to speak her first language, Amharic.

This makes communicating with her birth mother complicated. The two now rely on a translator.

Paneal said that there’s a lot of miscommunication due to the language barrier. She said they still talk once in a while but it’s not the same.

“I really want to go back to Ethiopia to see my mom,” Paneal said. “I want to be able to talk to her and communicate with her on my own without a translator.”

Paneal plans on going back to Ethiopia one day. She has always wanted to relearn her old language, and someday when she has her own children, she wants them to speak the language and explore the culture.

School and the future

Paneal went to Wenatchee High school and was the girl who was friends with everybody.

After graduating from WCC she transferred to CWU as a junior in fall 2019. Paneal is focused on being a successful public relations student.

She has found academic success, achieving a 3.9 GPA while working full time to provide for herself, paying for everything from tuition to rent. She said she doesn’t like to rely on other people, which keeps her motivated towards working hard, even though sometimes that is difficult.

“Everything is on me and truthfully I love working,” Paneal said. “I want to be able to support myself and I enjoy doing that, I always tell myself, ‘Okay girl, you’ve got this.’”

Paneal has had to overcome challenges in her major since English is her second language. She has had to work to improve her writing, but despite that struggle, she is happy with her accomplishments.

“I am really proud of myself,” Paneal said. “I work really hard and seeing the results makes me feel good because I think to myself, ‘Hey, you aren’t doing too bad.’ ”

Paneal has been struggling trying to figure out what she wants to do in the future, as many college students do. Despite everything, her dream job would be a wardrobe stylist and perhaps one day work for Cosmopolitan magazine.

Through doubts and questioning her own choices, one thing that never strays from her mind is her determination to one day be successful in whatever she chooses to do with her life. She hopes to one day homestead in a city and live her very best life.