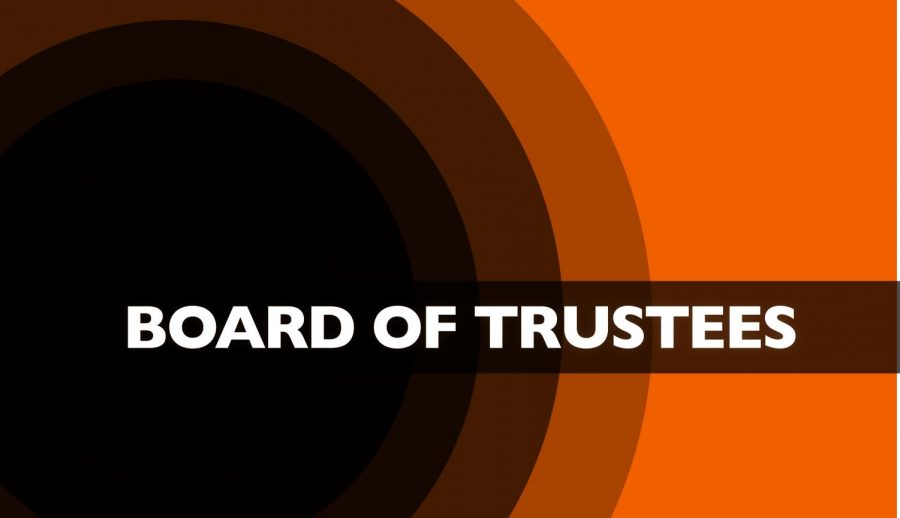 An email addressed to the CWU community, sent out by President James L. Gaudino on July 24, announced that due to COVID-19 case numbers growing nationally and regionally, CWU must limit the number of students living in residential halls during the upcoming fall quarter to 1,800.

“We know this news will have a significant impact on our students, their families, and loved ones. We also understand the many emotions that this decision will stir-up,” the email reads. “This is not a decision we made lightly or wanted to make, but it was done with the health and safety of our students, faculty, and staff foremost in our minds.”

The email also said that the Board of Trustees approved a resolution which allows faculty to choose the modality of their classes. It commits CWU to COVID-19 prevention guidelines set by the Centers for Disease Control and Prevention (CDC), the Washington State Department of Health, and the Kittitas County Department of Public Health.

CWU’s Board of Trustees (BOT) discussed further details of the university’s plans to reopen in fall at their July 23 meeting. These plans heavily detailed how COVID-19 would shape the functionality of the university, including preventative measures to slow the spread in the student body.

According to President James L. Gaudino, a planning team identified and analyzed all points of risk, and ended up with roughly 100 loose plans. The team aggregated the plans into eight functional areas, such as dining and housing, and then had a group of experts for each functional area begin developing a plan.

Independent experts were also consulted, such as Dr. Mark Larson, the Kittitas County public health officer. The plans would be reviewed by the BOT to ensure they agreed with the direction the teams were taking.

The university is currently pursuing what it calls “Plan B,” which was chosen out of three potential plans. Plan A, would have CWU operating normally, contingent on a low or nonexistent risk of COVID-19 spread, while Plan C, making up the other end of the spectrum, would have CWU continuing to operate entirely remotely following the risk of COVID-19 spread becoming extremely high. In Plan C, the campus and residence halls would remain entirely shut down.

Plan B is the middle ground between plans A and C. The COVID-19 spread risk is between the two extremes, and CWU will operate in a modified environment.

“We picked that middle ground, that Plan B, because it allowed us to slide towards one of the extremes as the situation changed,” Gaudino said. “With the caveat that we are still watching infection rates in Washington, we are still watching state policy, and we are still watching the emerging information about the risk of [COVID-19] … and the way we can mitigate those risks. So, I would not call that a final plan by any stretch.”

Gaudino said the ultimate decision on what CWU’s plan will be for fall quarter will not be finalized until the next BOT meeting.

According to Gaudino, there are still two variables in CWU’s plan that are not currently secured. The first is the school’s ability to test for COVID-19.

“We will do some kinds of testing,” Gaudino said. “We will have the students and faculty and staff attest to their health, we will have temperature monitoring. But an actual COVID-19 test, we still won’t have access to sufficient numbers of those tests.”

Students, faculty and staff will additionally be signing a statement, either when or before they come to campus, that states they have been informed of and agree to abide by the procedures put in place, according to Interim Provost/VP for Academic & Student Life Lynn Franken.

The second is contact tracing. The university will have the ability to identify and alert peers if a classmate tests positively for COVID-19. Beyond that, according to Gaudino, the university is still looking for ways of conducting contact tracing that preserve the privacy rights of individuals and are within the university’s technological capabilities.

Functional spaces on campus are also being changed in response to opening amid the pandemic. Only classrooms where social distancing can take place and proper ventilation can occur will be used during the upcoming fall quarter, and spaces like meeting rooms that fit these criteria are being retrofitted to function as classrooms, according to Provost and Vice President of Academic and Student Life Michelle DenBeste.

“It will be a very unusual physical environment that we’ll be presenting,” Gaudino said.

Residential halls will be opened with a normal approach with a variety of safety precautions put into place, according to Josh Hibbard, vice president of enrollment management.

According to Gaudino, there will be processes in place to limit the number of people who can go into the restrooms. Additionally, staff will be cleaning the areas using a method called electrostatic cleaning, which uses a disinfecting mist to clean objects without coming into physical contact with them.

Currently, according to Franken, around 2,500 students will live in campus housing in the coming fall quarter. For comparison, around 4,000 students were living in campus-affiliated housing in fall 2019.

“Right now it looks like about 2,500 students on campus, which is very good, I might add, in terms of reducing the density of the population,” Franken said. “It’s not good for our revenues, but it is very good for our health and safety.”

Budget planning is assuming 75% occupancy, or around 3,000 students, CFO and Vice President of Business and Financial Affairs Joel Klucking said, adding that these numbers are “changing all the time, based on what’s coming in.”

The 2019-20 student trustee, Alex Harrington, raised concerns about the university’s ability to mitigate COVID-19 spread that may take place in off-campus gatherings, such as student parties.

“The main concerns I have are the things that we can’t really mitigate or control, as far as off-campus and not having the testing and contact tracing available to address those things when they happen, and not if they happen, because they are going to happen,” Harrington said. “Because I have confidence in most of our student body to adhere to these rules, but even if it’s 5% or 10% that’s not, that’s a very large number of students that are potentially making other people at risk.”

“That’s the thing that keeps us all up at night, because we really can’t control that other than through self-governed behavior,” Gaudino said.

Gaudino said CWU’s primary response to this issue is creating socialization plans, through which students can learn about the risk of going to parties where preventative measures are not usually taken. These plans are being made by Kremiere Jackson, the vice president of public affairs, in tandem with the student government.

“We are going to require mask-wearing for everyone on campus, but clearly if someone goes to a big party and then comes back to their dorm room, and infects their roommate, we don’t have a lot of control over that,” DenBeste said. “Our goal is to socialize as much as possible … [and] to create some clever on-campus activities to have things going on on campus so that there will be less incentive [to gather off campus], but students are still students.”

Following further questions from Harrington about timelines of when testing and contact tracing would be ready, Gaudino said the county does not have the resource availability to test the entire student body, and the availability of those resources for fall quarter remains unknown for now.

“[The signed form] is as close as we’re coming to sort of an honor code, where everyone says ‘I know these might be inconvenient rules, but I’m here to get or give an education and I’m willing to abide by those rules,’” Franken said. “So, we hope that that will go some distance toward having people take this socialization seriously.”

Gaudino said it would be very difficult for CWU to maintain a bubble of insulation from the virus, as students visit family, commute to classes, are employed in public places and gather with each other off campus. Students will also be coming in from other states and countries to attend CWU.

“The concept of a bubble really ceases to exist once we open the campus,” Gaudino said. “That’s what’s keeping our planning committee up at night, is the difficulty of opening. … We will have a [COVID-19] response plan. We expect that there will be infections.”

The final plan for CWU’s fall opening will be signed by each vice president to show their belief and support in it, and the cabinet will ask for the plan to be endorsed by the BOT.

Following all these changes, Gaudino said he expects CWU to see a shift in favor of online and hybrid classes even after the pandemic ends.