Opinion: Debates over enforcing the shutdown vs. saving the economy miss the point 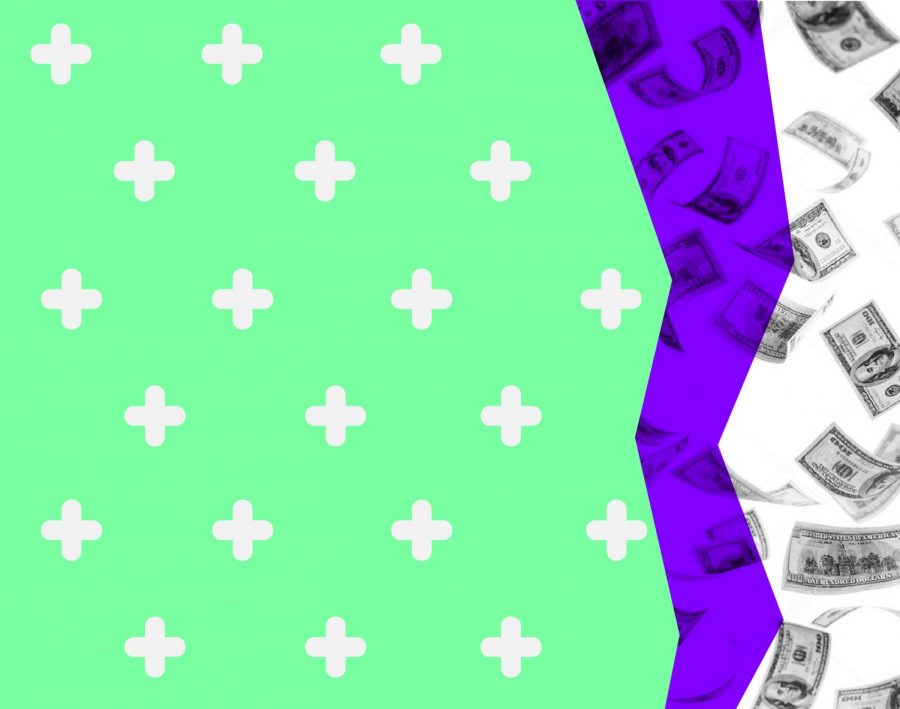 As the country continues to be ravaged by COVID-19, the societal and economic impacts of the virus and statewide quarantines are becoming dire. Currently, over 1.4 million Americans have confirmed cases of the virus. Restaurants and other non-essential businesses have shut down, many companies have lost their main sources of income and over 33 million Americans have lost their jobs as the economy plummets into a depression. Food banks are experiencing unprecedented long lines as citizens go hungry, and many people are facing financial bankruptcy. Protests have erupted in state capitols, demanding governors to reopen the economy.

During this crisis, debates are sparking nationwide on social media and in public spaces over keeping shutdowns in place or reopening to save the economy. However, the debate of maintaining quarantine vs. saving the economy misses the core issue at hand and creates a false dichotomy; it is entirely possible to maintain safe quarantines to protect lives while saving the economy at the same time.

To summarize the current arguments: those who support quarantine see the clear effect it has on saving as many American lives as possible, while those who wish to reopen the country cite the countless Americans who have lost their jobs and have no income as a result. In one case, a woman in Texas was jailed for seven days when she continuously defied lockdown orders and kept her salon open. In response to accusations of selfishness by the prosecuting judge, she stated that keeping her business open was the only way she could afford to feed her children.

Although I agree that the lockdown orders are saving countless lives and preventing our medical infrastructure from being overwhelmed, and that some of the protestors oppose the shutdown unreasonably, I can also sympathize with the many victims of the current economic crisis. The key to achieving both is to provide unemployed Americans a source of income to survive and/or prevent people from being fired from their jobs in the first place.

Many countries recognized the economic impact a nationwide lockdown will cause and have established appropriate financial policies to compensate accordingly. To alleviate the financial struggles of citizens, Canada is providing $2,000 a month to unemployed workers to support their livelihood during the crisis. The UK government has pledged to pay 80% of the salary of employees who would otherwise be laid off due to COVID-19 to retain jobs and avoid mass-unemployment. Germany has postponed rent and loan obligations for three months up to a whole year to prevent homelessness and personal financial ruin.

If the United States implemented strong policies similar to these countries, it could easily save countless people from job loss and financial ruin while maintaining stay-at-home orders; however, this has not yet happened. Although the government has passed a $1,200 stimulus check, unlike Canada it is a one-time payment and not a monthly recurring stimulus. This is insufficient because it does not even come close to supporting individuals who lose their primary source of income and have monthly living costs to pay during the crisis. Individuals with annual incomes above $99,000 are not eligible, which does not factor in cost-of-living in urban areas and middle-class people who may lose their jobs. In addition, obtaining the check depends on having filed a 2018 or 2019 tax return or accessing the alternative filing website, which leaves out some of the most impoverished and disenfranchised Americans who can not acquire website access or the guidance to navigate it.

Why does the United States not take similar action besides a one-time $1,200 payout? One reason is that the current administration does not politically support what it perceives as government handouts and believes that the concept is socialistic and therefore un-American in nature. The strong cultural and political influence of the Cold War against the Soviet Union has made socialist policies and ideas inconceivable to many politicians. This is an issue unique to the United States, which is considerably more right-wing economically than other European nations; for example, the average European worker gets twice as much vacation days compared to his American counterpart, and workers enjoy significantly higher union membership.

The second reason is fiscal; many politicians and Americans believe the United States simply cannot afford to pay for such generous policies. This is also unique to the United States, as many other countries adopt mixed social-market economies, where government spending during a financial crisis is seen as an investment towards its citizens which will pay off in the long term as the economy recovers. It is also incredibly ironic, as the United States government has a history of bailing out large corporations and CEOs with seemingly endless stimulus packages and tax cuts; for example, the 2008 Wall Street Bailout is still ongoing and is estimated to ultimately cost $16.8 trillion according to Forbes magazine, contrary to the often quoted $700 billion.

The third reason is lack of pressure; compared to other nations, the United States government has not faced as much pressure from citizens to implement such policies, as many Americans do not support or are unfamiliar with these strong economic policies. Many protesters simply demand the economy reopens so they can go back to work, instead of demanding a financial bailout during the lockdown period.

To summarize, the fiscally conservative historical framing of American politics has caused many politicians and citizens to not even consider effective financial policies that could save many American workers from economic depression. Instead, it has created a false dichotomy between maintaining lockdowns regardless of job-loss and reopening the economy while risking more infections. The reluctance of the federal government to implement strong policies to bail out average Americans is incredibly unfortunate, and as long as the common consensus of politics in the country remains the same, the situation will likely not change for the foreseeable future.