The NCAA allowed all senior athletes who had their spring season cancelled an extra year of athletic eligibility. However, some student-athletes had already prepared for life after college and will have to settle on changing those plans to play their final season. 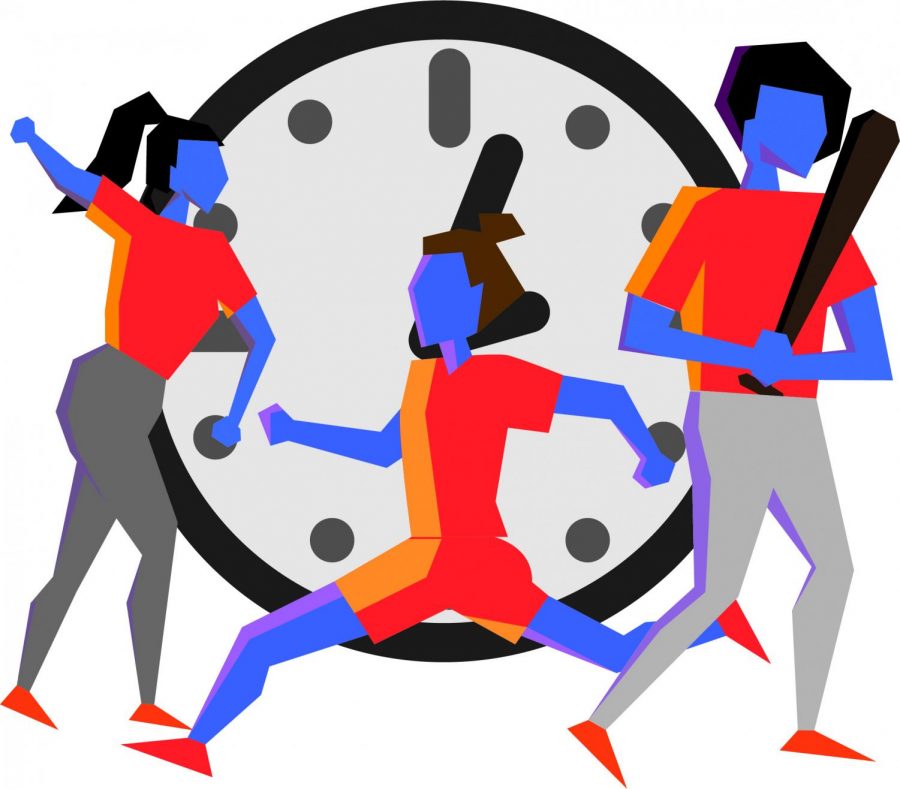 Just like most of the world, sports have taken a pause during the COVID-19 pandemic. For NCAA spring sport athletes participating in baseball, softball and track and field, the short seasons they started have been cancelled. The NCAA did grant an extra year of eligibility to those who’s seasons have been lost.

Senior infielder Cameron McGrath said he’s going to stay at CWU an extra year. The infielder plans to use that time to learn and play more baseball.

“For me, ending my career on a season that never fully finished was kind of the decision I made,” McGrath said.

Being able to have a reset on a new year, and a full season next year is something McGrath is looking forward to with the extra eligibility. He’ll also get the opportunity to further his education while doing so.

“[My team] is like my family. Right now we should be playing baseball, and not being with them is hard,” McGrath said. “It would just be too hard not to go finish a whole year with them.”

McGrath plans to start his masters in athletic administration in the fall while using the extra year of eligibility to still play baseball.

Senior track and field pole vaulter Halle Irvine said she won’t use her eligibility right away, if she decides to use it at all. That doesn’t mean Irvine still doesn’t have big plans for her future.

“I’m planning on going to physician’s assistant school after I graduate this spring, so currently I don’t have any plans to use [the extra eligibility],” Irvine said.

She said in order to use the extra year, she would need to be at a school that has her program and a track program for women pole vaulters.

“I’d obviously have to be somewhere that would offer it, and just know that I could manage the course load of PA school while still being a student athlete for that year,” Irvine said.

Senior track and field distance runner Delaney Clem’s future does not include an extra year in the sport.

“I’m starting vet school in the fall at WSU and it would be too stressful to do everything, so I can’t,” Clem said.

While she isn’t taking advantage of the situation, she said other student athletes who are on the fence about the situation should, if everything’s right.

“I would say they definitely should [take the extra year of eligibility] because you are only an athlete for so long,” Clem said.

Irvine has not been fully healthy since her All-American sophomore season. Going into this quarter, she was done rehabbing from surgery. She felt like she was just starting to ease back into competing at a high level before the season was cancelled.

“Coming back this season off of a surgery that took like six months to recover from, I kind of felt like I was ready to get going,” Irvine said. “I was really excited for those last moments, but I won’t get those this year.”

McGrath is happy to get the extra time to finish a full season rather than having one end because of something nobody can control.

“We want the season to end either [by] winning the championship, or flying out to center field losing our last game. We want to end on a win or a loss, not on something we can’t control,” McGrath said.

Clem was also an athlete on the cross country team so she did get somewhat of an “end” to her time as a student athlete, but she still had more she wanted to accomplish as a track and field athlete.

“We all had goals, I wanted to move up in the record boards, my roommate Sam, a thrower, wanted to break the record, and then to not even have a chance like you’re just done, that was kind of crazy,” Clem said.

Softball head coach Alison Mitchell said the decision whether or not to come back for one last season will be tough for athletes because they usually spend their senior year of college preparing for life after school.

“Your life is gonna happen post-graduation and to have something like this thrown at you and then be given an opportunity if you want to come back and play again, it’s a big life decision for a lot of the athletes,” Mitchell said. “I’m being respectful of all of them and giving them their time… the majority of them are wanting to come back and they’re just trying to sort out what that means for them.”