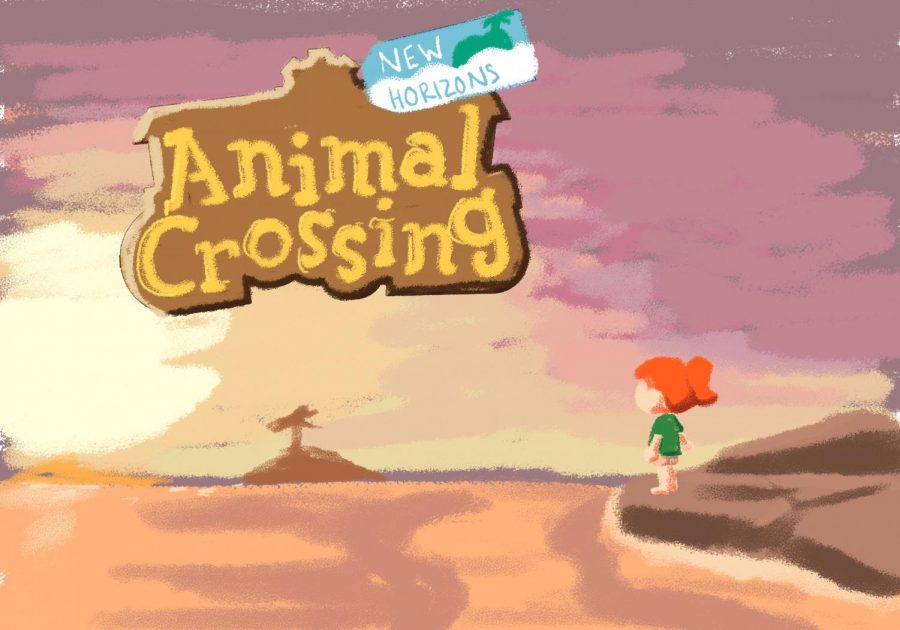 I’ve been putting major work into Animal Crossing: New Horizons (ACNH). More work than school? Maybe…but that’s not the point. This game has been super entertaining while being locked away in my dorm, and I’d definitely recommend it to anyone who wants to play something that makes them feel laid back and peaceful, especially in a time as stressful as now.

I’ve been playing ACNH pretty much everyday since March 21, so I think I’ve put in enough time playing it to write a review of it. I definitely haven’t gotten tired of the game even after playing it for over a month straight, if that means anything.

This game isn’t super complicated and neither are the controls. Controlling the character and doing different actions is pretty easy and straightforward. The premise of the game is pretty simple: make a cute island and invite cute (sometimes not so cute, not going to lie) villagers to live on it. The background music is super relaxing, and it all just gives off good vibes.

My starting villagers were Hamlet and Muffy, which aren’t my favorites but are decent. I didn’t like that every island’s starting villagers included a jock type and uchi (sisterly) type. I honestly would have liked it better if it was just completely random. But, it’s definitely not a huge game flaw, and I’ve warmed up to Muffy. The jock characters on the other hand…not so much. Their “do you even lift, bro?” type energy is not appreciated on my end.

I’ve really enjoyed character interaction so far. My villagers are all pretty sweet and don’t get too annoyed when I interact with them seven times within three minutes. My villagers give me a lot of gifts, and I love when they sing.

Crafting is a part of ACNH that I actually really like. In my opinion it’s a great way to save bells (the in-game currency) and it makes the game feel more interactive. Plus, if you don’t want to craft new tools all the time, they can also be bought with bells, so there are options for getting tools besides crafting. I enjoy all of the furniture crafting options too, especially with all the customization options.

Another thing I enjoy about this game is how many customizing options there are. I really enjoy being able to customize different aspects of a game. It makes it feel more personal. In this game different things like clothes and furniture are customizable, and you can even put custom designs on your character’s face. I’ve seen people use the custom face designs to add things like makeup and face tattoos to their character, but I just used it to add freckles.

Maybe one of my favorite parts of ACNH is the ability to move buildings after they are built. Sure, it costs some money, but it’s a small price to pay for an appealing layout. I’ve already moved buildings around a few times after realizing I put them in the worst possible place.

Along the lines of having control over building locations, I also enjoy being able to terraform and add inclines. I’ve poured a few hours into making paths, shaping cliffs and making new little bodies of water. Again, I’m a sucker for any type of customization in video games, so this aspect of the game is something I immediately fell in love with.

Something I’ve always thought was cool throughout the Animal Crossing franchise is their incorporation of astrology into the game. I love that every character has a specific birthday and zodiac sign, and I love the zodiac collection of furniture in ACNH. I am into astrology, so it’s just yet another aspect of the game I like!

Overall, this game is just really relaxing, immersing and always puts me in a good mood. I would 100% recommend this game to anyone who likes simulation games and being creative. It’s a great outlet for creativity and a fun way to pass the time, especially right now. ACNH is available for the Nintendo Switch, and can be purchased from many different locations!