Screen time, isolation and the difficulties they pose during stay at home 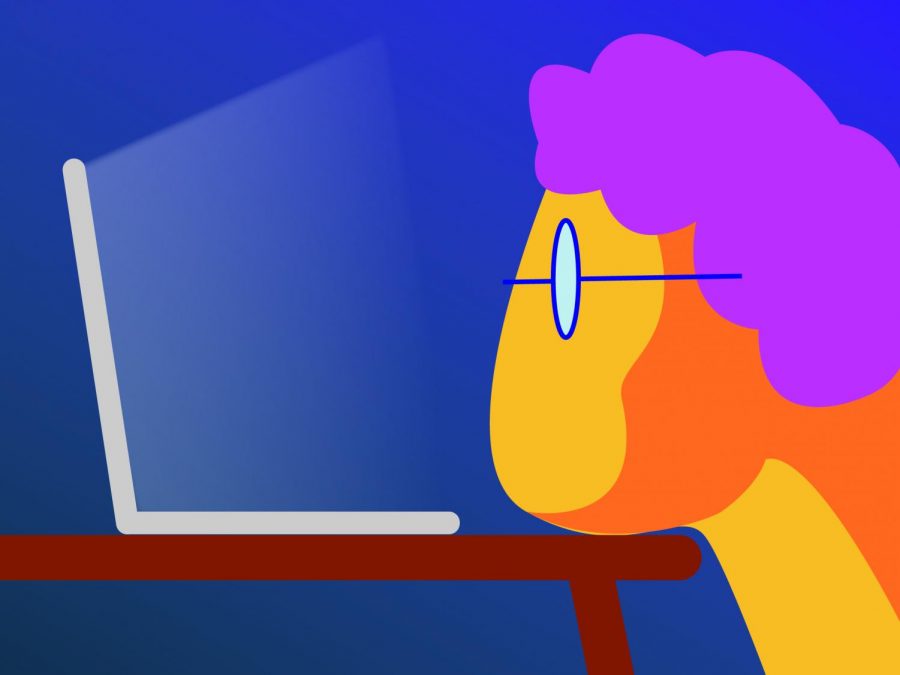 With most of the world on pause right now due to COVID-19, some people are turning to their screens to get them through. Others have had a tough time dealing with isolation. According to several sources, these difficulties may have direct effects on not only mental, but physical health for people all over.

Senior psychology major Ambree Hollenberry says self isolating has been tough for her.

“I feel isolated and have noticed I’m not as happy as I usually am. Staying inside and not getting to see my usual support system has been especially hard,” Hollenberry said. “I find myself focusing on the negative things that happen during the day more than the positive things.”

According to Cigna’s 2020 Loneliness Index, three in five Americans report a persistent sense of loneliness, and those numbers were reported before the coronavirus forced a big part of the world to stay at home.

According to Julianne Holt-Lunstad, a professor with a doctorate in psychology and neuroscience at Brigham Young University in Utah, too much social isolation can be harmful.

“Being connected to others socially is widely considered a fundamental human need, crucial to both well-being and survival,” Holt-Lunstad said in an interview with the American Psychological Association.

According to John Vincent, a clinical psychologist at the University of Houston, depression will become normal due to isolation.

“We can expect depression to kick in, and depression and anxiety are kissing cousins,” Vincent said.

“I feel like my mental health is a roller coaster,” Irish said. “There are good and bad days, but it’s rough when you don’t have anywhere to go or anything to do.”

Regan Behnke, a senior elementary education and early childhood education major, says she finds herself feeling depressed during these times.

“More depressed than normal on some days, but other days I feel fine,” Behnke said.

Irish said her screen time has increased a lot since the beginning of the stay-at-home order.

“Before the quarantine I was only using maybe three hours of screen time between classes and work. Now I’m using about eight and a half hours,” Irish said.

Irish has been cleaning as a way to try and stay off her phone.

“I’ve been doing a lot of cleaning around the house each day.” Irish said. “But there’s only so much I can clean before I resort back to my phone or the TV.”

In an interview with the Washington Post, Dr. Eric K. Singhi, A Houston based doctor, said an increase in screen time is normal right now.

“People [are] still wanting to remain connected despite the recommendation to maintain a physical distance,” Singhi said.

According to Singhi, balance between screens and other activities is important.

“Balance increased screen time with a walk or hike, so long as you maintain the six feet apart rule and if you aren’t being quarantined,” Singhi said.

Singhi also said it’s important to know how the time on your phone is being spent. If you’re using it for things like workout apps or meditation, that’s okay.

Screen time can also be used to help increase social interactions for many people.

Lawrence Palinkas, a professor of social policy and health at the University of Southern California, said in an interview with Engadget that platforms like Zoom, Instagram Live and even phone calls can still be socially engaging.

Hollenberry has been doing game nights with her friends from CWU to boost social interactions.

“I have been having game nights every Friday with my friends from Central,” Hollenberry said. “We play Jackbox Games over Zoom. It really helps with the social part of quarantine especially because I didn’t get to say goodbye to anyone.”

Hollenberry has also seen an increase in the time she spends on her phone.

“My screen time has absolutely increased,” Hollenbery said. ”All class online has been a difficult adjustment especially with all of the distractions of messages, social media and other apps on my phone. When I’m trying to do homework it’s easy to become a slave to the notifications of my phone,” Hollenberry said.

Hollenberry has taken up painting and even started a “quarantine journal” to try and limit her screen time.

For Behnke, reading and walks have been a way to get off her phone.

“[My] activities include walking at least two miles a day,” Behnke said. “And I’ve been reading more books for pleasure than ever before.”