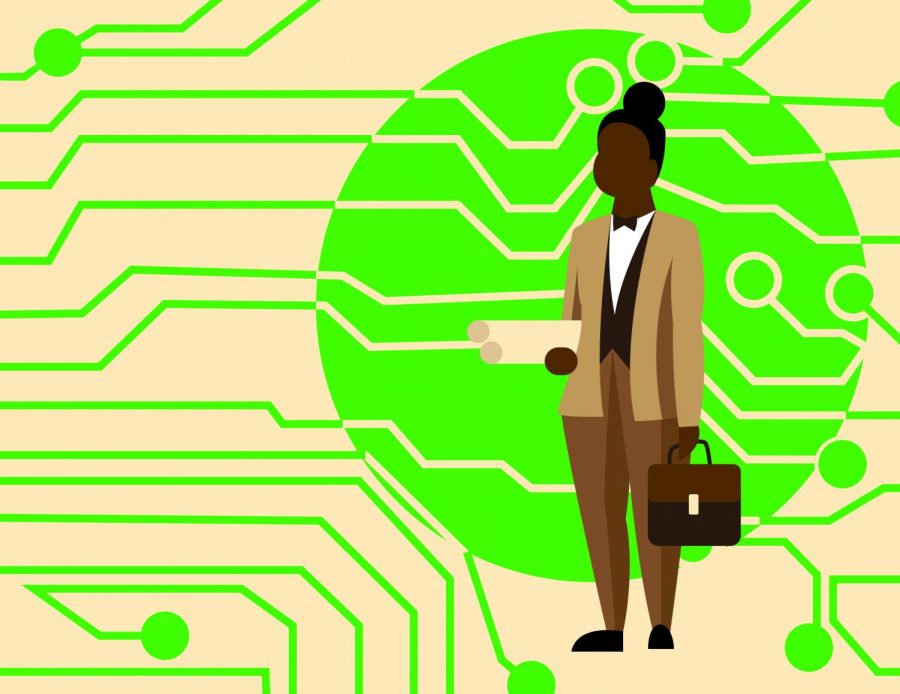 With the transition to entirely online classes, students are not the only ones facing a learning curve as the quarter begins. CWU professors are also working to adapt as they move a diverse array of classes to a medium they’ve never taught in before.

Callum Morris is a lecturer and musical director for the Theatre Department who has never taught his classes online before. He said the switch is presenting a new challenge to the variety of classes he teaches.

“This is a brand new experience for me,” Morris said. “Especially teaching in theatre, you don’t expect to teach online because a lot of the work you do really requires people to be in the same room.”

The amount the class can be accommodated by tech depends on the class, according to Morris. He teaches both practical performance based classes and more theoretical lecture classes. With his performance based classes, such as singing for actors, in some ways he is now limited in what he can teach.“I will be able to do one-on-one private voice sessions, and talking about acting with song, but what I can’t do is I can’t have two people working together,” Morris said. “Because of the latency issues with being online, so I can’t have two people sing a duet.”

Due to these technical limits on how many people he can work with at a time, Morris has been approaching those classes as one-on-one sessions as opposed to how he usually teaches them. During a normal quarter, the entire class works together in one room.

For more lecture based classes, Morris is using Panopto recordings on Canvas. These are classes like music theory and classic piano. He’s also finding YouTube videos of performances for his classes to watch. Normally, he said, he has a DVD collection of performances he can pull from.

“What I do is I record the theory lesson and kind of explain what it is I want them to understand, and then they can watch that video whenever they feel like it, on their own time,” Morris said. “Obviously within reason, obviously there’s an assignment due by a certain date, but whenever they feel like watching the video they can do that and then connect with me later if they have any questions.”

“I think where I’ve been really impressed with the university has been the multimodal learning center,” Morris said. “The staff there has just been really outstanding, answering any questions, making certain we understand how to use the technology that we have access to.”

Morris said the library and the Theatre Department were both sources of support during the transition to online classes, as well.

Morris said one of the hurdles he’s faced as the quarter has begun and in the time leading up to it has been the level of organization he’s had to adopt to get all of his material ready for students.

“Normally with an online class you have three to six months to prepare, and with two weeks, it was great to have that extra week but it was just really overwhelming to try and put all this material together in that short of a period of time,” Morris said.

Assistant Professor Rachel Kirk has also never taught an online class before, though she said since she teaches drawing classes, her transition to teaching online has not been the most difficult of the art department professors.

Since people can draw in many different environments, Kirk is having her students do their assignments wherever they are and submit them by taking and uploading photos.

One of the main hurdles she’s faced, she said, is “learning all the little nuances and subtleties of the Canvas interface.” Kirk said Canvas contains many complex features for those who would like to use them.

According to Kirk, the university has been providing many links to resources for staff to use as they move to online instruction, and she’s trying to keep a positive attitude.

Michael Goerger, associate professor of philosophy, said he has never taken or taught an online class before.

He said he’s mainly using Canvas tools in his classes, utilizing the discussion boards and making recordings of PowerPoint presentations which he uploads to YouTube. Goerger is teaching a Philosophy of Technology class during this quarter and is thinking of unique ways to integrate this experience into his class content. He initially wanted to host some class sessions in the virtual world Second Life since he’s having students in his class read about it.

“When we first started talking about doing this, you know it all kind of happened fast, but when they were saying ‘spring quarter’s probably going to be online’ I thought this could be an interesting sort of experiment to build avatars,” Goerger said. “Initially we were also talking about only being online through April 24 and then we’d come back to campus, so I thought it’d be fun to actually then meet the people behind the avatars.”

Goerger may still experiment with online art galleries, either having classes meet up there or having students upload content to them.

“I’m experimenting with the asynchronous delivery and not trying to hold traditional lectures over Zoom,” he said.

According to Goerger, the university has been able to meet the needs he and his department have during the change.

“In terms of guidance, multimodal has been really helpful in terms of giving us all the help we need. They were working on weekends, holding weekend sessions, when we were still able to meet face-to-face they were helping,” Goerger said.

He also said colleagues in his department who have taught online before were also helping others with the shift in modality.

“In terms of technology needs … a surprising number of faculty also do not have personal computers, we utilize our office computers for everything we need to do. I don’t have a printer, for instance. So in some cases [the university has] allowed us to remove our desktops from campus, there’s a form we can fill out to get that. In some cases they’ve just provided people with loaner laptops and things like that,” Goerger said. “I think it’s kind of on a case by case basis, I can tell you that whenever I’ve needed something I’ve been able to get access to it.”

Goerger says some unexpected challenges he’s faced have been making sure all his needed devices get charged for when he needs them, managing storage, making sure needed programs work and finding a good working space at home.

“All of us are struggling with the fact that we’re crammed into small spaces that weren’t set up, like I didn’t have a home office, so I’m working at the dining room table most of the time,” he said.

He said what he’s learned in this first week is he needs to be very clear when providing instructions, since there’s less time to issue corrections with so much communication taking place over email. He doesn’t want to send out class-wide notifications every day because it would quickly become stressful for students.

“For those of us who are really used to teaching daily classes, communication’s a trick because you used to just, at the beginning of every class [say] ‘hey, here’s an update, don’t forget about the paper’ or ‘I read about this in the news last night’ or something like that,” Goerger said. “I think one challenge is that in a face-to-face course there’s this background conversation that’s going on. We’re all in a room together and we’re swapping stories and doing stuff like that.”

Integrating relevancy is harder now due to the slowness of communication. If something happens in the real world that can be tied to the class content, it now disappears in asynchronous lectures.

Also changing his own schedule has been challenging. Having to be responsive and open for communication at more flexible hours than he usually is with a physical class has been a challenge.

“I think almost all of us were already living in this always-on, 24-hour world, and so we were ready for it, but as we get closer to papers and stuff I think it’s going to become a little bit trickier,” Goerger said.

Goerger said he is able to see extensive analytics of what time and for how long students are viewing his course content, and the majority of engagement happens at around 1:30 in the morning.

“I don’t have time to keep track of that,” Goerger said. “But I imagine some people are.”