Behind the scenes of the cosplay club 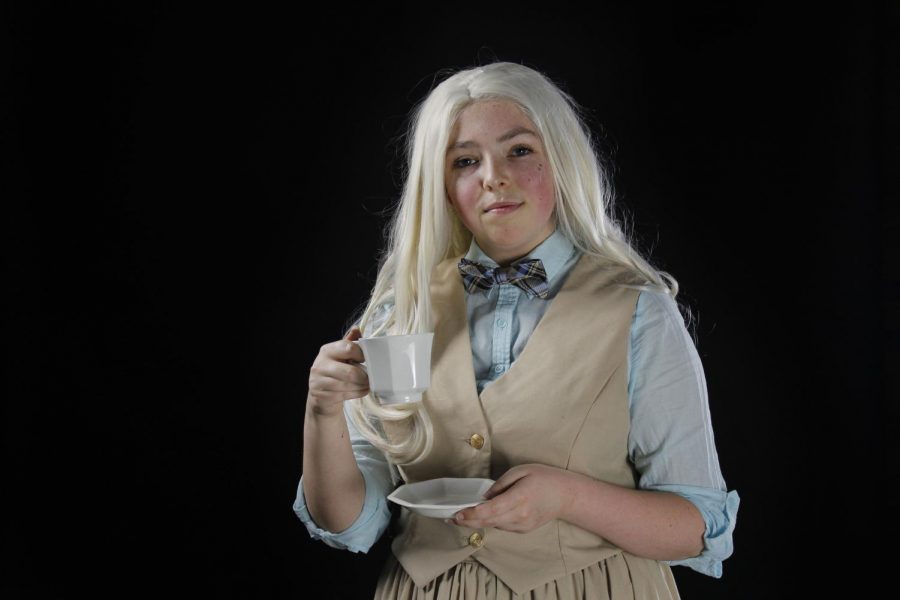 Imagine walking through a venue, shoulder to shoulder with your favorite television show characters. Well, comic conventions (comic cons) are a place where various characters come to life.

The cosplay club is led by senior Illyana Peckham who is majoring in secondary math education. This is Peckham’s third year as president of the club. Peckham said her mantra is anyone can cosplay anything.

“Some people might think they are too tall to cosplay a character,” Peckham said. “But you need to just do it anyway. If it makes you happy and you’re comfortable doing that, then go for it.”

According to Peckhma, cosplay is a community of people who come together to portray characters from books, anime, pop culture, movies, podcasts and more. She said there are no guidelines for cosplaying and that people should not fall into gatekeeping stigmas such as weight and gender.

Some club members choose to buy pieces for their costume, or they make them. Hope Pringle, a freshman majoring in theater, is one member from the club who truly takes pride in her work.

In the past year, Pringle has made at least six different costumes and still has five more to make by the fall. On average, she finds herself spending about $150 per costume. Pringle’s most recent project is an Elsa costume costing $187 that’s taken 60 hours of work so far. Her Elsa costume contains 13,000 rhinestones which were sewn on by hand.

“I enjoy problem solving and figuring out how something works,” Pringle said. “When I look at other costume designs, it might look cool but because I know how to make clothes, I know what they did is near impossible but I try it anyways.”

Some members go to comic cons on their own. Emerald City Comic Con is a popular one. This year, Emerald City was postponed to summer 2020 due to the COVID-19 outbreak in western Washington.

While there are solo conventions, everyone goes to one together as a club. Sakura-Con will be held April 10-12 in Seattle. An announcement on March 3 stated the convention would proceed regardless of COVID-19 cases.

“Con-crunching” is another way to express procrastination. A few weeks out from a comic con is when cosplayers realize they have so much to do still. This can include ordering costume pieces or finishing the costume.

Pringle said her favorite part about cosplaying is the friends she has made in this club. She even has a cosplay mentor she sees only at conventions. On top of that, Pringle enjoys doing partner cosplay which means connecting, or even dressing up with, people of similar interests.

Cosplay club secretary McKenna Woodyard (Soda), a sophomore majoring in art, agrees with Pringle. She said if there is someone who doesn’t like what you’re into, then there will definitely be someone else who does. Overall, everyone in the club is interested in one common thing and that is cosplay.

“You can be literally anyone,” Soda said. “You are still yourself but you can be anyone at the same time. It doesn’t matter your gender or anything like that.”

Peckham said their club is really helpful when it comes to teaching skills which can include sewing. She said it’s okay to have to work with someone from the ground up. Students don’t need to have prequalified cosplay skills to join the club.