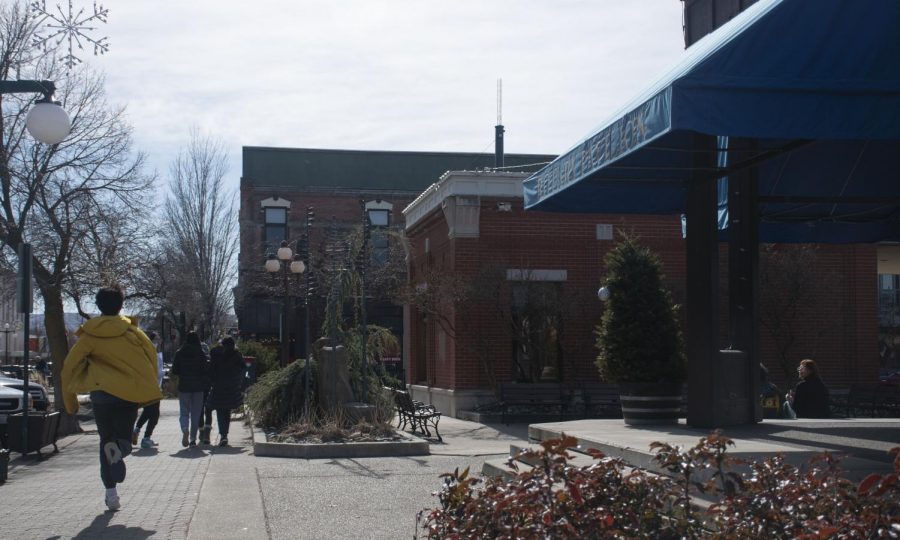 After the City of Ellensburg acquired land in the center of downtown, plans have been in place for the construction of a new downtown park.

The new park will be located on 4th Avenue and Pearl Street, where Rotary Pavilion is currently located. The City of Ellenburg purchased the 24,500 square foot plot of land in September 2019. Ellensburg Parks and Recreation Director Brad Case said when the previous property owners were looking to sell the space, it was the perfect opportunity for the city to buy the land and turn it into a downtown park.

“We knew that if the property were to be sold to somebody in the private world, it would have been developed into something else, and potentially the city and even sponsors and organizers would lose a valuable space to host their events,” Case said. “The city decided it would be in the best interest for all parties to try to negotiate with the property owner and acquire it.”

Historically, Rotary Pavilion has been utilized as a venue for several major events, including the annual Jazz in the Valley festival. Now that the land is owned by the city, more events have been planned for the space throughout the year, according to Case.

Case said there has always been a need for a downtown park in Ellensburg. He added that the park has been identified as a high-priority project.

“Every plan that the city has, has identified the need to develop a downtown park,” Case said.

Case said most people in the community are excited at the prospect of a new park. The central location of the space in downtown Ellensburg creates more opportunities for people to use the park.

“It’s right in the middle of everything so it’s kind of that anchor point for everything that happens downtown,” Case said.

Case added that CWU students were kept in mind in the planning of the park. He also compared the space to the Roslyn Yard, a space in Roslyn used as a gathering place in their community, although Ellensburg’s park will be about four times as big.

“We want it to be a place where Central students can hang out and congregate and relax, and when parents come into town they can go grab a bite and hang out,” Case said.

The goal for the new park is to host downtown events while also serving as a gathering place for the community.

While the city is still fine-tuning what exactly the park will look like, Case said it will likely include natural elements that will serve multiple purposes. For example, large boulders or logs could be used as seating, but also as play structures for children. The reason for this, Case said, is that putting something like a big toy in the middle of the park could sacrifice the flexibility of the space.

Currently, there is no expected completion date for the park. However, Case estimated that the park will be completed in fall 2021 if everything goes to plan.

According to Case, the completion of the project is contingent on funding. The expected budget for the park is $750,000 to $1 million, Case said.

Another reason there is no set completion date is because the city is trying to find a suitable construction window. Several organizations have planned events at Rotary Pavilion throughout the summer, and the city does not want to force a rescheduling or relocation of those events.

“If we go in and start ripping and tearing in the middle of the summer, we’ve displaced all the events that take place there throughout the course of the year,” Case said. “We want to be sensitive to the event organizers and try to find a construction window where the weather is good enough to do the project, but then also it’s not going to impact a lot of different groups.”

While Rotary Pavilion is already a popular venue for several downtown events throughout the year, Case said the new park will create more opportunities for events in the future.

“We can only imagine how busy it will be when it’s actually designed and has the power [and] infrastructure to be able to support things,” Case said. “It’s going to be a pretty popular place.”