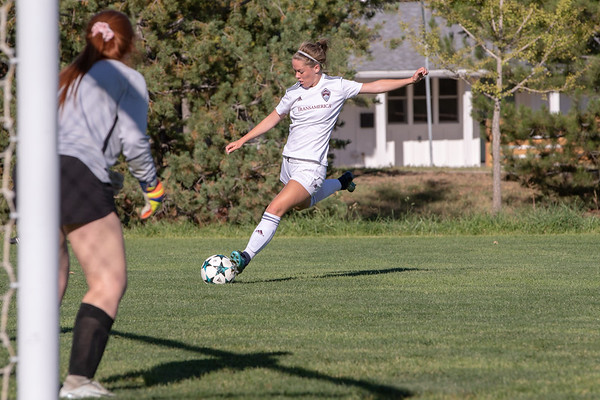 For the 2020 season, the team signed most of their sought-after athletes in November 2019. However, they are continuously looking for athletes for the roster of not just their 2020 season, but seasons after that as well.

One of the assets they added to their roster for this upcoming season is high school senior Lily Newberry, from Colorado.

Newberry said she thoroughly enjoyed the recruitment process that Farrand and assistant coach Madison Kroger gave to her prior to officially signing in November. Newberry said the process was fairly easy for her.

“That was part of the reason I was drawn to CWU,” Newberry said. “The process was so smooth and they were so welcoming.”

She talked about how both Farrand and Kroger coordinated to come see her play.

They did over a course of three different times: twice in a tournament and once in a camp.

Newberry said they also made it easy for her to contact them and reach out with any questions she had. Newberry developed a relationship with the coaching staff quickly and felt comfortable with them as well as the team instantly.

When Newberry came for her visit in the fall, she loved how her future team felt like a family and how close the teammates were to each other. Newberry was looking for a team that had the attributes of being a tight knit group and felt as if she found it within the program at CWU.

“Whether this is their fourth year or they just started in the fall, they are all so close,” Newberry said.

According to Newberry, Farrand and Kroger made it clear that the team wants to be competitive, work hard and outplay their opponents, but Newberry said the coaching staff also values wanting their athletes to have fun during this process, which was something she loved.

“They understand that it is fun,” Newberry said. “And that’s the reason we all play soccer.”

Newberry said she already feels as if she has a strong connection with the coaching staff over just eight months of knowing them and is excited to see how that develops over the next four years.

“I’m excited to see how they can help me be a better player,” Newberry said. “I think their coaching style fits in really well with who I am as a player and how I grow.”

Farrand said they look for the best athletes and keep track of them through their freshman and sophomore year of high school. Kroger said the true recruitment process is initiated when the athletes head into their junior year.

“That’s when we really start giving offers,” Kroger said. “We try to find out if they are a good fit for us.”

The women’s soccer team currently has girls from a variety of states, such as Washington, Colorado, Southern California, Utah, Alaska, Texas and New Mexico.