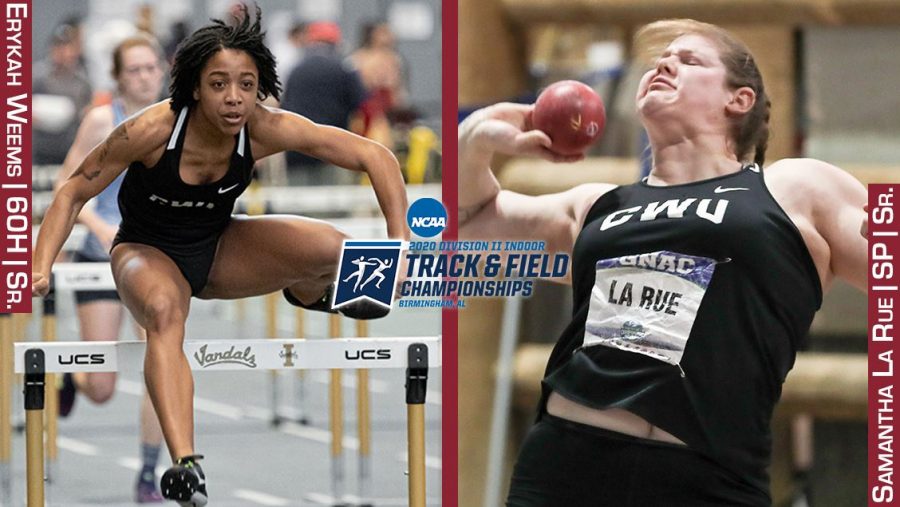 The LCQ gave GNAC track and field athletes a final shot at qualifying for the NCAA DII Indoor Track and Field Championships. To qualify, an athlete needs to be top 16 nationally in DII for an event.

According to the Track and Field Results Reporting System website (TFRRS), the athletes who currently qualify to compete at the national championships are Weems and La Rue.

Weems is qualified for the 60-meter hurdles. She is currently ranked 12th place in DII in the event with a time of 8.61 seconds which she set at the GNAC Indoor Championships.

“I’m satisfied because I’m able to have the opportunity to go nationals,” Weems said. “That’s not something that everybody can do, so it’s a blessing.”

La Rue competed in the shot put and set a new personal record in the event. With a throw of 48 feet, La Rue went from barely cracking the top 30 in DII to being tied for 14th.

“Sam [La Rue] had the big one on the field side,” CWU head coach Kevin Adkisson said in an interview with Wildcatsports.com. “She uncorked a huge personal best of 48 feet. That’s going to bump her well into the top 20. We’ll see what happens when everything updates over the weekend. She did everything she could to bump herself into the national meet.”

They improved their time of 3:49.30 set on Feb. 21 at the GNAC Indoor Championships.

Small back finished fourth in the women’s weight throw with a mark of 53 feet, 7 3/4 inches. She is currently 42nd in DII for the event.

According to TFRRS, no CWU men qualified to compete at the national championships.

Whittaker finished second in the triple jump with a mark of 47 feet, 1 1/2 inches. He sits at 31st in DII for the event.

Harris also competed in the weight throw, finishing fourth with a throw of 56 feet, 9 1/2 inches.

Calderon-Hernandez, Allen, Gill, Tonder, Vallatini and Campbell all competed in various events at the LCQ but have marks that are not on the TFRRS website’s list of potential national qualifiers.