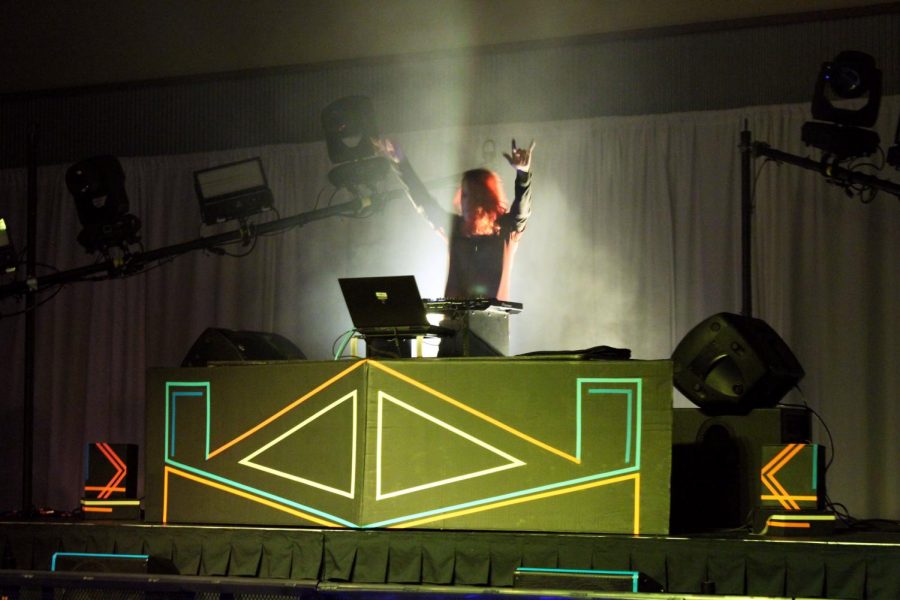 About 100 people crowded into the SURC ballroom. Some students are headbanging while others are dancing. The lights are choreographed to flash to the music and CO2 cannons are being fired.

Every Friday, Electropolis hits the airwaves on 88.1 The ‘Burg. Electronic dance music (EDM) was brought to life by the Electropolis DJs for the first time on Feb. 22.

Students interested in EDM, like senior Monica Rodriguez, majoring in social services, said the event was very important because a lot of students identify with EDM.

“EDM music can touch people the same way other genres of music can,” Rodriguez said. “It’s really something that can bring people together more than drift them apart, so I think it’s important that Ellensburg has this unity.”

Ever since getting into raves and EDM, Rodriguez has noticed the large fan base here on campus.

According to Rodriguez, rave culture is filled with acceptance, positivity and people who just want you to have a good time.

She believes EDM gives people the opportunity to grow and create a community where there might not be one. Bringing Electropolis to life also gives students the opportunity to look forward to something that hasn’t been around in this town, Rodriguez said.

Electropolis Live showcased four DJs: SP3RROW, LYNX, P!xel Panda and God King Apollo. They have been DJing for the 88.1 The ‘Burg Electropolis show every Friday alongside a few others. The show has been airing since at least 2011.

When the opportunity came up to bring the show to life, the original four DJs were chosen to perform.

Campus Activities and 88.1 The ‘Burg have been talking about doing a live EDM show since the Wildfest event last spring, according to sophomore SP3RROW (Matt Wiemals).

The planning for this joint project officially began in November. Wiemals performed at Wildfest as well.

“For me, this is my life. This is what I hope to spend my life doing,” Wiemals said. “The thing I love most about this music is that it brings people together, it tells a story.”

Electropolis radio is 88.1 The ‘Burg’s most listened to show, according to senior Apollo Whyte (God King Apollo).

Wiemals said there has always been an appetite for EDM, especially among CWU students.

“I think it’s really important that we do this show to sort of help everyone on campus get on the same page,” Whyte said. “To help find each other, to meet more people that are into the same kind of music and to just bring people together.”

88.1 The ‘Burg got approval to fire CO2 cannons during the show.

According to Whyte, the fire department had to be there because fire alarm sensors needed to be turned off to use the cannons.

88.1 The ‘Burg was nominated for the most innovative and creative program at The National College Radio Awards last year.

People don’t realize this live EDM show can also be listened to every week, both Wiemals and Whyte said.

“It’s the same thing as going to a festival and hearing a DJ play for an hour,” Wiemals said. “Or if you listen to their radio show, it’s the exact same thing.”