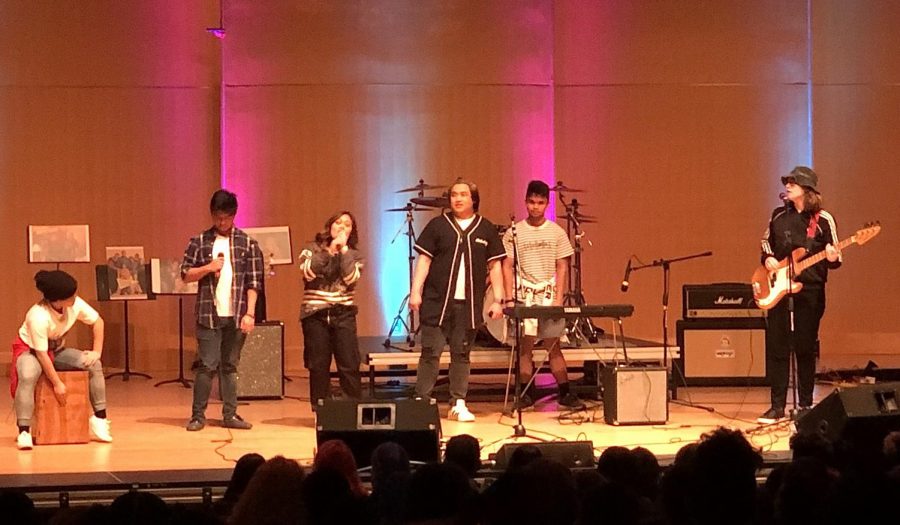 The Dr. Wayne S. Hertz Concert Hall was buzzing last Friday evening for Showtime at Central, the event where talent is judged by the audience and many poor souls get booed off stage.

There were at least thirty talent showcases throughout the evening. Performances consisted of singing, rapping, dancing, spoken word and comedy.

The event was hosted by Atlanta based comedian Nick Banks AKA Mr. Bankshot. He kept things moving with an endless flow of jokes and interactions with the audience.

Showtime at Central, modeled after Showtime at APOLLO,works by giving each talent showcase 45 seconds to either woo the crowd or get booed by the crowd.

If they make it past that mark, they are able to continue their performance. If not, they are escorted off stage as a room full of people voice their discontent.

The winners were decided by how loud the audience cheered.

The prize for first place was $250, taken home by Zhanea June who received a standing ovation for her singing performance.June sang while Jasmin Washington and Jeremiah Williams performed a contemporary dance alongside.

The performance, according to June, had not been rehearsed at all before the event.

“I still don’t even know what the dance looks like,” June said.

June said she hadn’t come out expecting to win anything but was pleasantly surprised by the reception the performance received.

This wasn’t Junes first performance at CWU. She also perfomed at the Rock Against Rape event last April. June said she isn’t sure when she will come back to sing again, but she enjoys doing so.