Safe sex is always in fashion 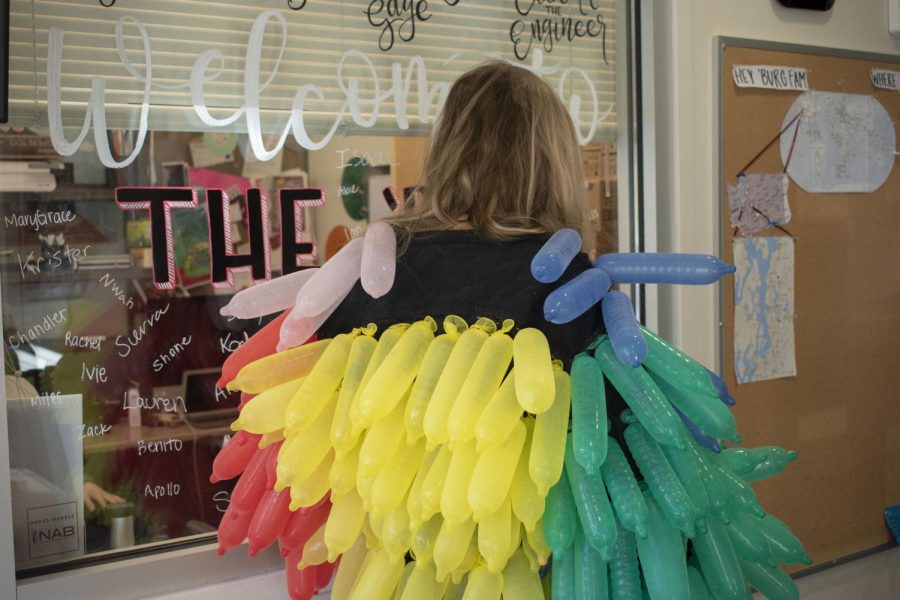 Imagine sitting in the SURC ballroom while watching models strut down the runway. As models start walking closer, the view of condoms on clothing became more clear.  Well, CWU students utilized a fashion show to promote the use of condoms for safe sex.

The annual CWU Condom Fashion Show was held on Feb. 13. Models walked the runway while showing off their designer’s creations. Clothing articles including skirts, shirts and pants were draped in multiple condoms. 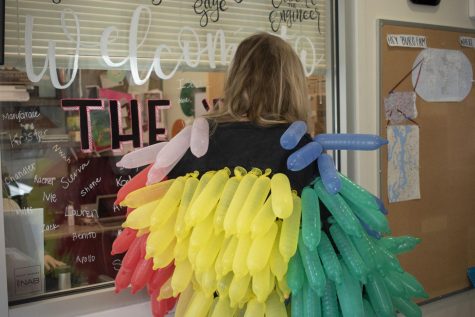 Lauren Miller, one designer, is a sophomore majoring in Apparel, Textile and Merchandising (ATM). Miller said the workshops were offered to provide help if designers needed guidance  creating outfits. Tools, such as glue guns, were also accessible at these workshops.

Anybody was allowed to participate as a model or designer. In Miller’s case, she acted as both. The Wellness Center did not require only ATM majors. Anyone was welcome. Designers were then able to pick their own models.

“I’m a control freak,” Miller said. “It makes it a lot easier knowing it’s myself because I can use my own clothes and not have to worry about fittings.”

Miller said designers pretty much had full control over their design. They do have to submit an idea of what they plan to do, however, it does not have to be set in stone.

After actually working with the condoms, Miller decided to go a different route than her original idea. Miller had about three weeks to brainstorm, sketch and bring to life her creation.

Miller said  she stapled a bunch of condoms to clothes she already owned. It made it easier for her to design and focus on the creativity part of it. Miller said using condoms is tricky because they are a very interesting material.

“It’s nice for your creativity because there’s not a lot of guidelines,” Miller said. “So it’s been a challenge to figure out how I’m going to affix condoms to things.”

Sophomore Bethany Graham, a model in the fashion show, walked the runway without a single fitting. Her designer actually used a similar method to Miller’s by stapling some condoms onto clothing pieces.

Graham said she really enjoyed being able to show off her friend’s design because he  put hours of work into it.

Designers are not the only ones who have a lot of behind-the-scenes work to do. The runway music does not play itself.

Matt Wiemals, a sophomore from 88.1 The ‘Burg, was the fashion show DJ. Wiemals has been DJing for eight years. He also has experience professional DJing for weddings, big events and more. However, Wiemals is no stranger to the condom fashion show. He was the DJ for last year’s show as well.

“I didn’t know what to expect last year,” Wiemals said. “I mean, it was a full-on production show.”

Wiemals said he was, unfortunately, not able to choose the playlist. Instead, the models were able to choose their runway song. Each year the Condom Fashion Show is held as a way to promote safe sex with the use of condoms, according to Wiemals.

“It’s just a fun way to advertise the use of condoms,” Wiemals said. “Making it fun. Having a show. Designing stuff. I think it’s just a creative way to get students involved and just have fun.”