College isn’t the only option 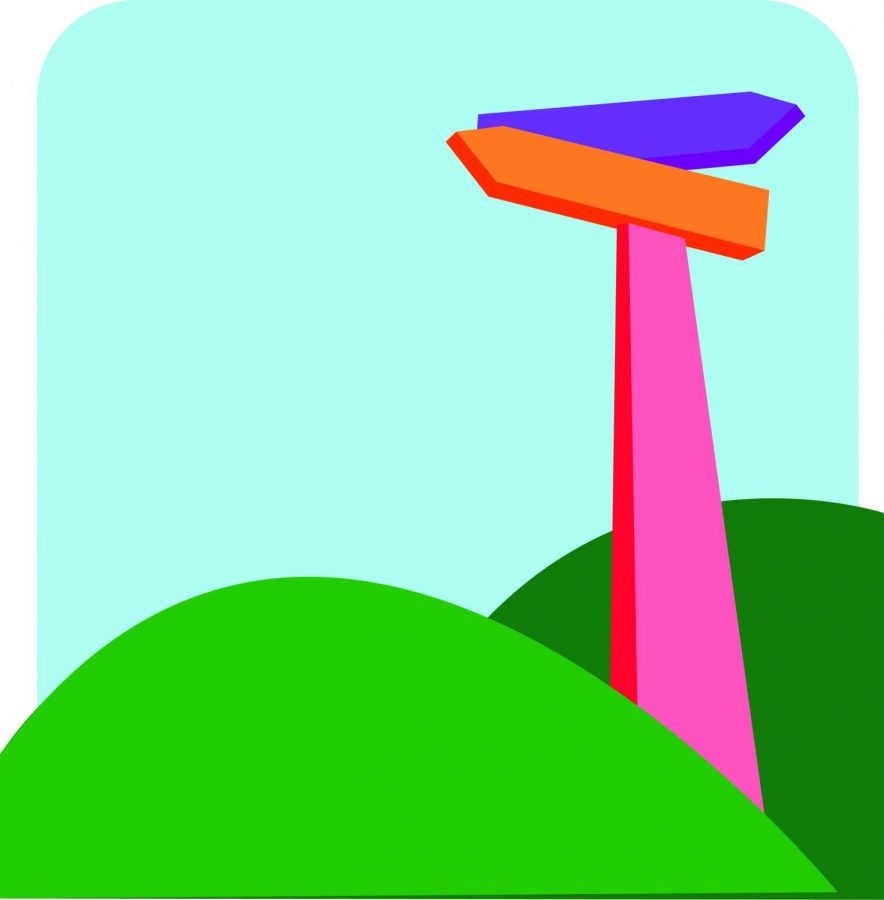 College is a waste of time and money. A college degree does not guarantee employment nor does it prepare you properly for the world. It prevents students from thinking outside of the box.

Students are not learning, they are trying to earn high scores on exams and compete with each other. Students and parents pay thousands of dollars to an institution for years. Society tells us college is the right path and the only path to becoming successful.

I’m not saying education and learning aren’t important, but there are so many opportunities and options available to students other than sitting in a boring lecture. Other options might include the workforce, an apprenticeship, trade school, the military or being an entrepreneur.

“Don’t confuse schooling with education. I didn’t go to Harvard but the people that work for me did,” tweeted Elon Musk, CEO of Tesla, business magnate and engineer, in 2018 on Twitter.

Colleges and universities don’t teach students about investing and saving money, to learn from mistakes and how to file taxes. In fact, students are taught mistakes are not good. For example, teachers mark students wrong on tests and assignments instead of giving them a chance to learn and fix their mistakes. Making mistakes and learning from them is a part of life.

“In school we learn that mistakes are bad, and we are punished for making them. Yet if you look at the way humans are designed to learn, we learn by making mistakes,” Robert T. Kiyoaski said in the book, “Rich Dad Poor Dad.”

Currently, I am a college student double majoring in public relations and business. College is a route I decided to take just like 19.9 million other students in the U.S., according to the National Center for Education Statistics. One of the biggest reasons  I chose to attend college was for the happiness of my parents.

There are so many people who did not go to college and are successful today. For instance, Ellen DeGeneres, Steve Jobs, Elon Musk and Bill Gates. These successful people, instead of spending money and wasting their time in a classroom, followed their dreams.

“There’s no need even to have a college degree at all,” Musk said in his interview with Auto Bild in 2014.

As a college student, the cost adds up pretty quickly. The cost of tuition, transportation, food, textbooks and entertainment can be expensive. According to the Student Debt Relief websites, the average cost for one year to attend an university is $20,770, which includes tuition, room and board, books and transportation. Students that are out of state are paying an extra $16,000 per year. Most college students and families don’t have that kind of money.

“We ask kids that are 16 to 18-year-olds to make $100,00 debt decisions when they go off to University and they are not prepared for that,” said Kevin O’leary, the chairman of O’leary Financial group in an interview with Business Day. “They don’t know what they’re getting themselves into, they just assume, ‘Okay, I’m going to pay four years of education at 20,000 a pop and when I come out the other side somehow I’ll be able to pay it back.’”

According to the Marketplace Debt website, more than 70% of students take out loans to pay for college. In 2019 the average nationwide student loan was 1.4 trillion, according to Debt.org. Graduation and earning a degree, students are expected to sign their lives off to a career and slave until they pay off their loans.

My friend at CWU has taken out multiple loans in the last four years. He is a senior but still has one more year. He is in debt of more than $120,000. He is spending thousands of dollars on paper that is apparently going to guarantee him a better job and pay in the future. After graduation, he hopes to pay it off in five years.

Don’t waste your time and money if college is not for you. Use that time and money towards your dreams. Educate yourself using the resources available and create your own opportunities.