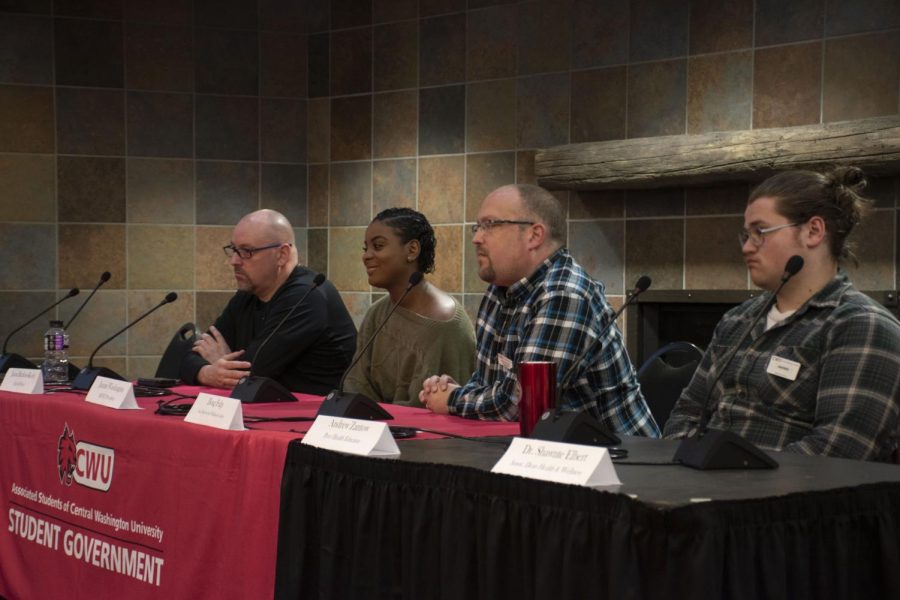 CWU is exploring the possibility of becoming a tobacco free campus in an effort to discourage tobacco use among students. On the evening of Feb. 4 ASCWU held a meeting in the SURC pit in which a panel of student government members as well as CWU staff listened to what students had to say regarding the issue.

There were some opposing viewpoints at the conference. Students and faculty expressed their concerns about the implementation of the rule as well as the ability to enforce it.

CWU student Guylean O’Connor related the issue of tobacco use to student success.

“The key priority is for student success,” O’Connor said. “And for students to be successful a tobacco free campus is necessary.”

Josh Petersen, a junior and RA, said as a former smoker he believes the ban could be a good thing for people looking to quit.

“People who have quit can be tempted by seeing people smoking,” Petersen said.

Many CWU students use tobacco on campus and this new rule would affect their routines. According to the most recent survey conducted by the American College Health Association roughly 3% of CWU students use cigarettes, another 3% use e-cigarettes and vape products and about 1% use smokeless tobacco on a daily basis. The same survey shows 14% of students have used tobacco products within the last 30 days.

Freshman Jacob Landreth was mostly indifferent to the ban when it came to cigarettes since there is a clear health risk associated with secondhand smoke.

“Smoking I understand,” Landreth said. “But chew? That doesn’t affect anyone but yourself.”

Many students believe they should have the freedom to use tobacco on campus as long as it is not directly affecting other people.

“If a person wants to smoke, that’s their choice,” freshman Eric Pfingsten said.

According to the Centers for Disease Control and Prevention, tobacco use causes roughly 500,000 deaths each year. Vaping has made youth tobacco consumption a much greater issue in the past few years.

Wellness Center Director Doug Fulp said that campuses which have banned tobacco  have seen lower rates of tobacco use.

“I worked for five years on a policy and I left right after it was implemented. They reduced smoking on their campus by five percent,” Fulp said. “About 50% of people who smoke on a regular basis have indicated that they have wanted to quit.”

CWU students have mixed opinions on the introduction of this rule. Students who do not use tobacco were mostly indifferent on the issue. Freshman Tyler Simpson does not think smoking is a major issue on campus.

“It’s somewhat annoying when they smoke near the doors,” Simpson said. “But other than that I don’t really see it that often.”

As of now, the initiative is still in its infancy and will not be implemented any time soon as it has yet to be voted on. For now, the increase in Washington state’s minimum age to purchase nicotine products will be the only thing preventing certain CWU students from smoking on campus.