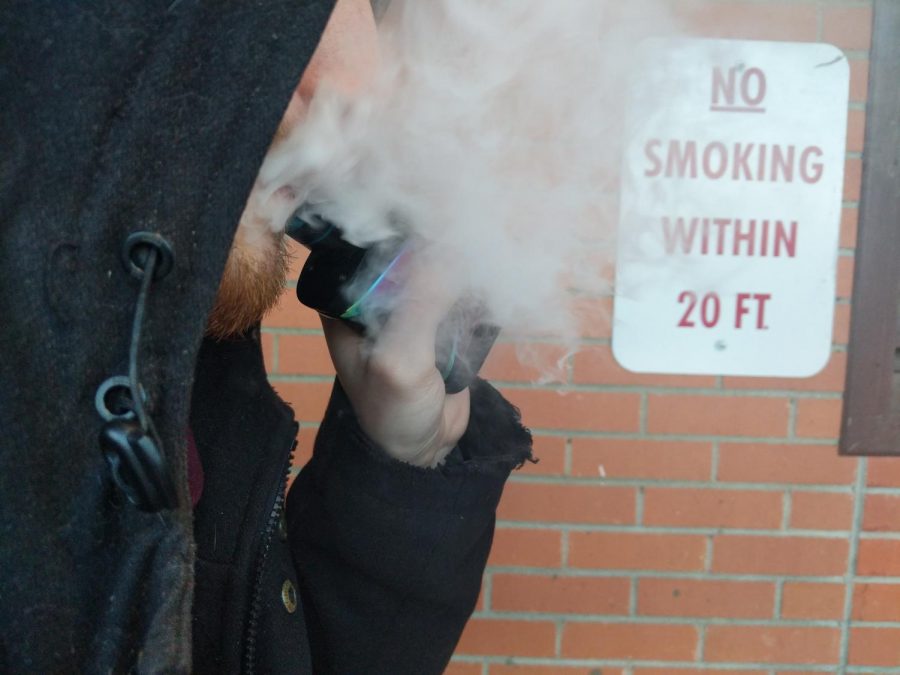 The statewide ban on flavored vaping products ended on Feb. 7 after 120 days. Senate Bill 6254, proposed by Gov. Jay Inslee, would have made the ban permanent, though after numerous amendments it now allows for the sale of said products to those 21 or older. This follows in accordance with Washington’s new tobacco and vapor laws which raised the legal age of purchase from 18 to 21 at the start of January.

The original emergency ban was put into place after 25 cases of severe lung injury in Washington which the Centers for Disease Control and Prevention (CDC) attributed to the use of vapor products. Later, the CDC found that the main ingredient likely causing the cases of injury was vitamin E acetate found in many counterfeit, non-FDA-approved THC vapor products.

Inslee’s senior public health policy adviser Molly Voris says Gov. Inslee is “disappointed” with the Senate’s decision not to pass a broad, permanent ban on flavored vaping products. At hearings and announcements for the original emergency ban, Inslee cited many other reasons for implementing a ban in addition to the cases of lung injury. He argued vape retailers are intentionally marketing to children by advertising flavors that largely appeal to youth. Inslee also said vape retailers could not have a sustainable business unless people who had never smoked developed nicotine addictions from vaping.

The amended version of SB 6254 does ban products with vitamin E acetate as well as limits nicotine levels and introduces a 37% tax on all vape products. Flavored vape products also are banned from sale in gas stations and grocery stores.