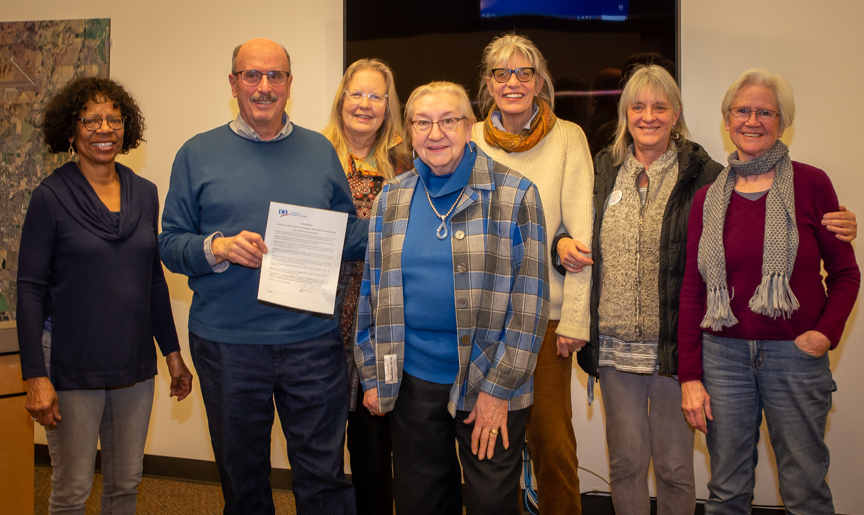 On their website they say the League of Women Voters’ goal is to empower voters and defend democracy. They also say their value is believing in the power of women to create a more perfect democracy.

The website also says the League of Women Voters “envision a democracy where every person has the desire, the right, the knowledge and the confidence to participate.”

The League of Women Voters also states that they are not biased against a certain political party. The goal is to inform and educate voters, not to sway them to a certain party or to believe in certain things.

An accounting student named Erynn Brown said of the proclamation, “women’s voting rights day is such an important day to not only me but for so many other women because it signifies the barriers that women face but eventually overcome.”

City Council member Tristen Lamb is one of the members who voted in favor of the proclamation. Lamb described how Women’s Voting Rights Day is impactful to the community. She said she was excited to see the women at the city council meeting who work locally and volunteer their time to inform and assist voters. She said the League of Women Voters works not only to inform women voters, but all voters.

Lamb said the League of Women Voters put on a forum to meet the candidates for city council in 2019. This is another way they assisted the community in being informed voters.

“My daughter turns six next month and if I accomplish only one thing during my service on city council, I hope it’s that my daughter only knows a world where women can be and are leaders,” Lamb said. “My daughter told someone, ‘when I grow up, I’ll be president, and a mom, and a princess.’ She’s got a long list, but for her, all those things are equally attainable.”