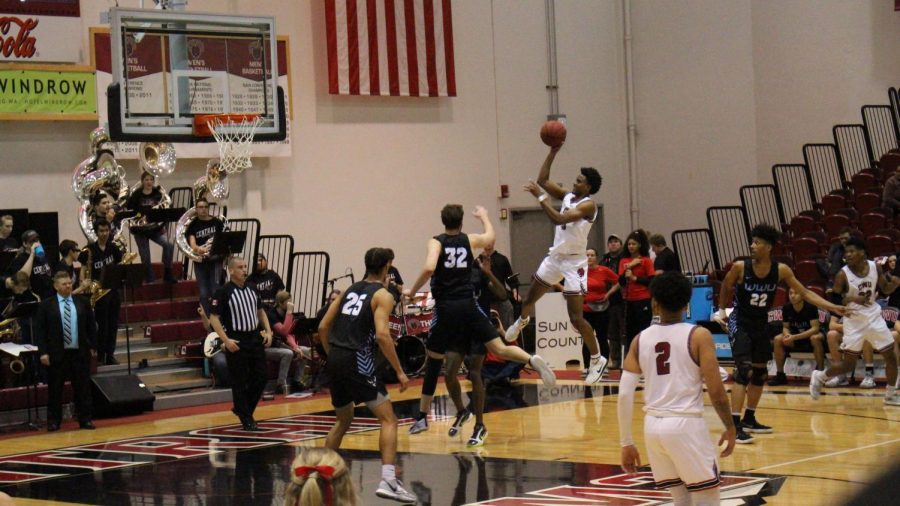 With six games left in the season, CWU Men’s Basketball is 7-7 in conference games and is currently tied for sixth in the GNAC. The GNAC postseason tournament takes the top six teams in the GNAC, so CWU is sitting on the bubble entering the final part of the season.

After the win over MSUB, head coach Brandon Rinta said in a press release that playing eight games in four days was tough, but the team handled it well.

“That’s a tough stretch [of opponents to play], but thankfully we were at home for all four,” Rinta said.

Earlier this season, the Wildcats lost to UAF, led by former CWU head coach Greg Sparling, with a final score of 60-78. UAF is currently tied for second in the GNAC with a record of 9-5.

The result of the first game this season against UAA went largely in favor of CWU. The Wildcats defeated the Seawolves 84-50, their biggest win in a GNAC game this season. UAA is currently tied for sixth with CWU in the GNAC, also sitting at 7-7 on the season.

If two teams are tied on conference record at the end of the season, the first tiebreaker towards seeding in the GNAC tournament is the record between the two teams. Because of this, there is added importance to the game between CWU and UAA. Due to the fact that CWU defeated UAA earlier this season, if they win the second matchup and are tied with just UAA at the end of the season for the final spot in the playoffs, CWU would get in and UAA would be kept out.