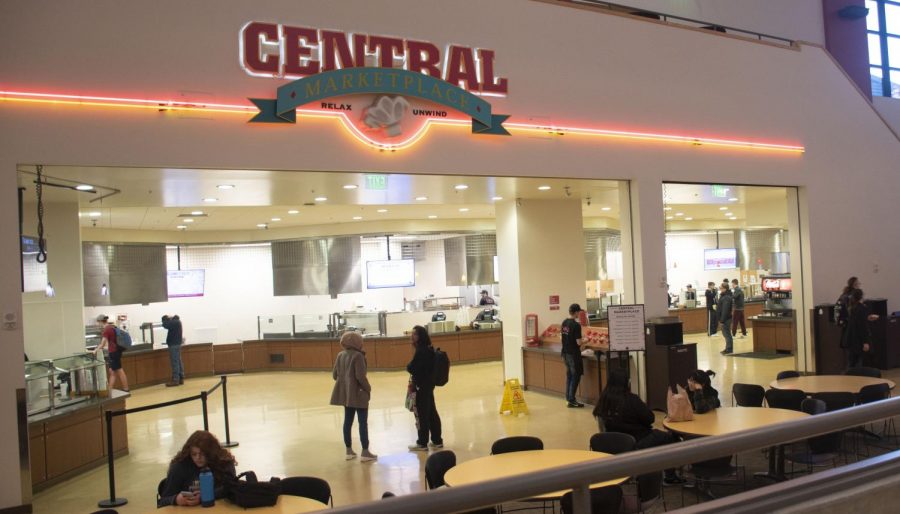 Student employees of CWU Dining Services have come forward with concerns about new management practices, including changes to the sick leave policy.

Six current student employees spoke to The Observer but wished to remain anonymous out of fear of losing their jobs for speaking publicly.

“I’m not doing this just for my benefit. I’m doing it for all the other students who are too scared to come forward or talk about their experience,” an anonymous student said. “I’ve talked to a lot of people about trying to come and do this interview with me and a lot of them are scared because [management] will just fire you at the drop of the hat. They don’t care.”

Another five indicated they were willing to talk about the same issues, but cancelled later due to sickness and scheduling issues. Two former employees came forward to talk as well, such as senior Andrea Terry, who said that she loved working at her job for two years before the changes went into place.

“I felt very comfortable with my supervisors and my superiors,” Terry said. “Once this all changed, I just really felt like any mistake I made, I was going to be yelled at, possibly fired. I felt depressed working there. I didn’t want to come to work anymore, and that’s why I quit. I quit the last week of fall quarter.”

Multiple other employees expressed their concerns on social media but say they were later told by dining management to take their posts down.

According to student employees, the problems started at a meeting on Nov. 12, 2019, when they met Assistant Director Denise Payton. Payton was hired in October having previously worked at Oregon State University as the operations and training manager/dining. Prior to that she worked in many management positions, including for the federal government, and she ran a law firm.

The November meeting was to discuss employee policies and tell students about some changes in how those policies would work. The updated sick leave policy specifically raised concern.

“I would encourage that if a student has a concern, that they’re bringing it forward to their manager. If they don’t feel that they are heard by their manager, because sometimes the manager doesn’t know how to answer it, feel free to reach out to us,” Payton said. “We will gladly spend some time with them and we will take every question into consideration and will be very honest about it.”

Many of the student employees say that they have raised their concerns and feel like they haven’t been listened to or taken seriously by management.

“They pretty much ignore us. They don’t really listen to student complaints, whether it’s from customers or student employees,” an anonymous barista said. “It’s a very one-sided communication. They tell us how it is and they don’t care what we have to say.”

The students who spoke up said that one of their biggest concerns was that the sick leave policy mentions that menstrual cramps would not be an acceptable reason to call out sick.

“I raised my hand … and I was like ‘that’s kind of sexist’… cramps and periods and stuff can be a really big problem for a lot of women,” an anonymous junior working as a barista said.

This was confirmed by other students who attended the meeting. One student said Payton’s reasoning for not being allowed to call out sick for menstrual cramps was so that it would be fair to male employees.

“A student said, ‘I have really bad cramps, sometimes I throw up.’ And [Payton] said ‘Well, it’s actually more fair to your male coworkers because they don’t have the opportunity to call out every month,’ ” the student, who is a senior, said. “She said like, ‘I’m a woman and I’m okay with this’ because as a woman, she can’t be sexist that she agrees with it.”

“I know a lot of coworkers, specifically a few that get really faint when they are on their menstrual period, and if they aren’t allowed to [call out], then I don’t see how that’s a safe working environment for them,” Terry said.

At later meetings, students said that the wording Payton used changed regarding the sick leave policy. The student employee handbook provided in November refers simply to “cramps” instead of “menstrual cramps.” Student employees say the change was the result of the negative feedback.

“I heard that Denise changed her answer throughout the week because there was such an uproar about it,” another anonymous student employee said. “But what I heard from her is she basically said you can’t call in for cramps unless you have a doctor’s note.”

When asked, Payton said that students can use their best judgement when making the decision to call out sick.

“What it said on our document was we all experience pain differently, right? So we say you’re a normal person, a normal level of pain, you would come to work, but if you have an excessive pain, you wouldn’t come to work,” Payton said. “But even still, we don’t ask them. It’s their personal choice what they call in for. If they call in sick, they are excused. They were concerned that they wouldn’t be excused but, yes, illnesses they are excused.”

Executive Director of Human Resources (HR) Staci Sleigh-Layman said she would need to hear the specific concerns of students to comment on whether the policies violate any sort of equal opportunity employment law.

The common cold is listed in the most current CWU Dining Services student employee handbook as an unexcused absence.

“These are minor conditions that any reasonable person would be able to work with,” the policy reads.

Student employees raised concerns about this being a safety risk when dealing with food.

“We all work in the food industry and someone mentioned that it’s against food health code,” a senior barista said. “And [Payton] said ‘not if you cough into your elbow and wash your hands frequently, it won’t spread.’ That made everybody cringe.”

The employee handbook includes the statement that everyone experiences pain differently, which many of the students say was later added following negative feedback. Payton explained that the policy is not a hard rule, but a guideline for students to use their judgement on.

“If you have a cold where you got runny nose and you know you’re coughing, then you would call in,” Payton said in an interview with The Observer. “But if you’ve just got that minor cold where you’re not symptomatic then you wouldn’t call in because it’s not contagious to food.”

The Washington State Retail Food Code does list coughing, sneezing and runny noses as symptoms that prevent food workers from handling food. It does not list specific ailments like the common cold. The code also says that sick workers can be given tasks that do not put them in contact with food or food-safe surfaces. However, many student employees feel that allowing anyone with the common cold to work with food is a safety risk.

“It’s the same virus and to an immunocompromised person, it doesn’t matter how bad the symptoms are in the person carrying the virus,” a senior who has worked as a server, cashier, kitchen aid and dishwasher for dining services said.

According to Payton, the reactions to the Nov. 12 meeting were mixed.

“I would say [it] was half and half,” Payton said. “I had a lot of students who came up to me and said, ‘Thank you for putting policies and procedures in place. We feel like you know, some of us are having to work extra because others aren’t coming to work.’”

Student employees said the response was far more negative, with one claiming that between 20 and 30 students quit immediately following the meeting. Another said that there were at least five that she could name personally who had quit, and that she knew of more.

“We have a group chat of people who work here and they all wanted to quit, they just couldn’t find another job,” the student employee said. “Everyone says that if they had another job opportunity, they would leave in a heartbeat.”

Payton, on the other hand, said no students quit immediately but that some said they wouldn’t be returning for winter quarter. She could not provide exact numbers for this.

Both the CWU public records department and Payton were able to provide employment numbers on a quarterly basis. However, since employment numbers change between quarters anyway, they cannot be definitely attributed to any specific policy or meeting.

After students raised their concerns, an email was sent by General Manager Christine Cloninger to all CWU Dining student employees on Nov. 18.

“I have the emails, text messages and have heard what my employees have to say about the ‘new employee handbook’ as your General Manager I am shocked at the negative feedback,” the email reads. “I would like all of you to read the old handbook and know the so called new one is 99% the same.  Let me say this you all have gotten away with things that you shouldn’t have. And yes that is all our fault. Its a new year, enforced student handbook and a NEW minimum wage. We are all a team, if you cant follow 3 policies then this is not the place for you to work.”

The email goes on to list things CWU Dining Services does for the student employees.

“We care about you and your safety,” the email said. “We do our best to create a fun and positive environment.”

Payton said that she knew the email was sent but wasn’t copied on it.

“Her intent of that email was to say they weren’t new policies. They were just in a different format,” Payton said.

She also added that Cloninger has since met with the employees under her management to hear any concerns they have and help them understand the policies.

According to Payton, the handbook policies themselves hadn’t been changed, just the enforcement of them.

“They’re not new, they’re just finally put in one place so that everyone’s aware of them,” Payton said. “They were unknown policies I guess and unfortunately they weren’t communicated well.”

ASCWU President Jasmin Washington announced during the Feb. 10 ASCWU meeting that she and Dean of Student Success Gregg Heinselman were aware of the issues brought up by student employees. She added that they have met with Payton to start working on solutions.

HR head Sleigh-Layman said that students can’t legally face any retaliation if they bring their concerns to HR. She also added that CWU’s overall university policies go through an intense review process but that different departments on campus write their own employment policies without a review process. She added that managers and directors go through leadership training before they begin working at their position.

“A lot of it feels like a parent saying ‘because I said so,’ ” the anonymous senior said. “We keep asking for reasons. Change for the sake of change is just never a good thing, especially when you’re implementing so many that make no sense.”