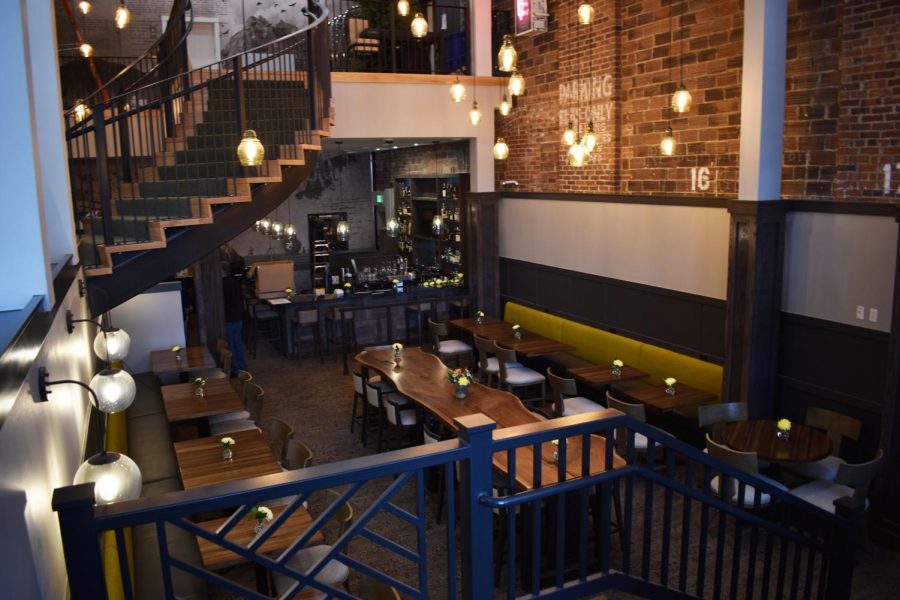 Downtown Ellensburg has a history of hotels coming and going. The last two major hotels located downtown were the Antlers hotel and the Webster hotel. Both were built in the early 1900s. The Webster hotel was active until it burned down in 1980. Since then, there have not been any more hotels built and Hotel Windrow is the first hotel in downtown Ellensburg in 40 years.

Townsend has been involved in the community since he moved to Ellensburg in 2014. Shortly after moving to Ellensburg, the Ellensburg Downtown Association performed a marketing study which identified the need for a hotel in downtown Ellensburg. This realization inspired him to hire a company to perform a feasibility study on the potential for a hotel to be successful.  According to Townsend, the study found that Ellensburg needed a hotel downtown. He then put into motion the first steps of building Hotel Windrow.

“Early on in my life I decided I wanted to be in the hotel business,” Townsend said. “Mainly my career has been working for companies that manage hotels and resorts in the Carribean, Hawaii and the South Pacific.”

Townsend has worked in the hospitality industry for his entire professional life and has decades of experience working in hotel management. He saw the potential for a hotel in Ellensburg since first arriving.

“There was a distinct need for a hotel in downtown,” Townsend said.

Hotel Windrow is the first hotel in downtown Ellensburg since 1981. Looking into the lobby from the street, you can see this hotel has a unique style. The hotel was designed to fit in with the local culture and contains displays of local artwork. The centerpiece of the lobby is a large, curved staircase which leads up to the ballroom. Below the staircase is Basalt restaurant and bar.

According to Townsend, the hotel is designed to be modern with a classic feel. The hotel features brick walls and wooden furniture in the restaurant as well as a custom windrows themed carpet. The hotel was designed with the community in mind and the addition of the massive ballroom, which is from the old Elks building attached to the hotel, is evidence of that.

“We want to be the meeting destination of this town.” Townsend said. “The ballroom in the Elks is a spectacular ballroom.”

According to a study conducted by Illinois Wesleyan University, college towns are better investment opportunities than normal cities. CWU is a large part of what makes Ellensburg so attractive to investors looking to build things like hotels. Given that the hotel is aimed at a high class consumer base, Townsend hopes it will be a popular destination for parents going to visit their children attending CWU.

“The university makes the town somewhat economy-proof,” Townsend said. “When the recession hit it didn’t affect this town nearly as much as it would some places since they keep building and attracting students.”

The opening of the hotel has not been without setbacks, though. After the building was constructed and the inside of the hotel was being built, the hotel was vandalized in a strange and costly manner. On the night of Oct. 27, 2019 the hotel was broken into from the ground floor and a sprinkler valve was opened which flooded the basement as well as a stairwell, causing roughly $500,000 in damages and delaying the hotel opening for months. The hotel offered multiple rewards for the identity of the perpetrator but there has been no progress made in the ongoing investigation.

“I can’t even imagine why somebody did it,” Townsend said. “They didn’t steal anything and they didn’t cause any other damage.”

During the construction of the hotel last year, there was a delay of multiple weeks due to the unusual late winter snowfall. As of now the hotel is fully operational.