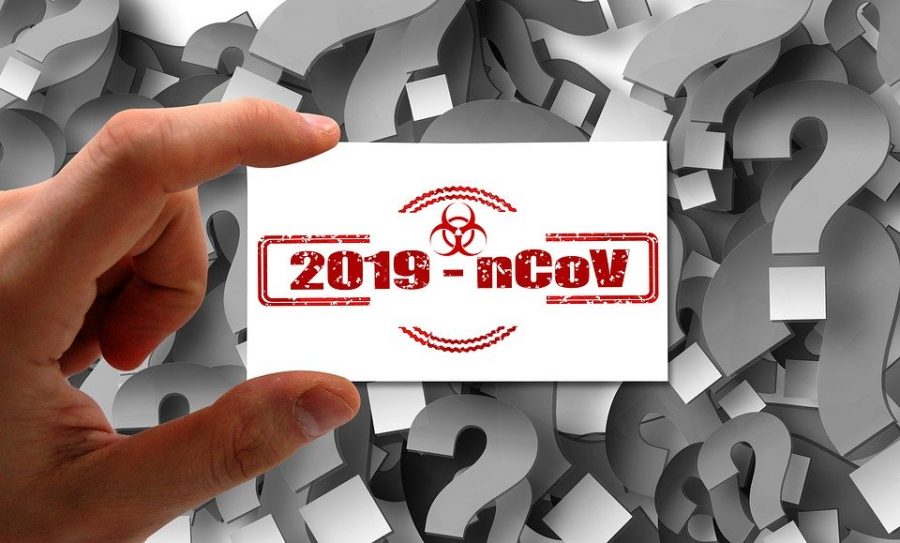 The CWU student who was tested for the novel coronavirus has negative test results, according to an email sent on Feb. 7 by President James L. Gaudino.

“There continue to be no confirmed cases of the novel coronavirus among CWU community members,” Gaudino’s email said.

Test results for the student being tested for the novel coronavirus came later than initially expected. On Feb. 2 Associate Dean of Health and Wellness Shawnté Elbert sent a notice to campus, giving an update on the situation.

“Initially, we were told it would take approximately 48-72 hours for the results to be available,” Elbert said. “However, we have since learned, results will be available 48-72 hours from when the [Centers for Disease Control and Prevention] starts its test, sometime this week.”

Test samples were collected and flown to the CDC on Jan. 31 according to Kittitas County Public Health Department (KCPHD) officials.

The Washington State Department of Health told Knutson when the virus was first unfolding in the U.S. results were taking 24-48 hours from when the CDC received test samples.

“It just depends on what the situation involves,” Knutson said. “[As] more testing is sent in then wait time can be extended. It’s just unfolding.”

Knutson said the KCPHD was expecting a 48-72 hour turnaround, but there was confusion about what that meant.

“There was miscommunication as far as folks understanding the 48-72 hour window was when CDC received it,” Knutson said.

On Jan. 30 it was announced that a CWU student would be tested for the novel coronavirus. KCPHD is not releasing specific details about the patient’s symptoms, but officials said the student returned from China on Jan. 6 and did not travel to Wuhan, the origin city of the virus.

Currently, the student is in voluntary isolation at the Kittitas Valley Healthcare hospital, according to KCPHD officials. The student lives in on-campus housing and is in stable condition as of Feb. 3.

“I wanted to let you know that the CWU student under observation for possible coronavirus is in good spirits and doing well so far,” Elbert said.

KCPHD said on Feb. 3 that nobody else is being considered for testing.

Elbert said Dean of Student Success Gregg Heinselman met with employees and students who would have likely come in contact with the student.

“We’ll be working with these employees and students to respond immediately if symptoms of concern arise,” Elbert said.

Jane Pham, an international student from Vietnam, said she wished she would’ve heard about the situation originally from university officials, not news outlets.

Pham, concerned and upset about the situation, responded to President James L. Gaudino’s email to students on Jan. 31. Pham is upset the university was not the first to inform students and that she found out about the student being tested from the media.

“I guess it was not a piece of serious information sent out by the superior of our school,” Pham emailed Gaudino. “They seemed not to care so much.”

Pham provided The Observer with the emails.

“I’m sorry that the news media released this information before we were able to contact students,” Schactler emailed Pham. “Unlike the press, we have to work with the local health authorities, the individuals actually involved, and others before announcing the situation.”

Shactler went on to say that CWU is taking the “challenge” seriously and that it’s following federal protocol set by the CDC and is working closely with local health officials.

The Observer received a press release announcing the student being tested for the virus on Jan. 30 at 6:27 p.m. CWU officials deferred media calls to KCPHD that night. On Jan. 31, CWU released a public statement at 8:53 a.m.

When Pham checked her email after the news broke and saw Gaudino’s statement, she said it didn’t come fast enough.

“I felt like that is too late,” Pham said.

Pham said CWU should’ve informed students how to take precaution when the man in Everett, Washington was confirmed having the case. The Everett case was the first confirmed case in the U.S.

According to the CDC, as of Feb. 7 there are 12 confirmed cases of the novel coronavirus in the U.S. There have been 225 negative cases, with 100 still pending.

In Washington, as of Feb. 6 there is still only one confirmed case. There have been 20 negative tests with three still pending.

Severe Acute Respiratory Syndrome (SARS) coronavirus, identified in 2003, is believed to be an “animal virus” that first infected humans in China in 2002. In 2003, SARS affected 26 countries and resulted in more than 8,000 cases that year. Transmission of the virus was primarily from person to person.

According to the CDC, coronaviruses in general are “a large family of viruses, some causing illness in people and others that circulate among animals, including camels, cats and bats.”

The novel coronavirus is not the same as SARS, however the CDC reports that, “genetic analyses suggest this virus emerged from a virus related to SARS.”

The CDC reports the novel coronavirus is a rapidly evolving situation and information will be updated as it becomes available.

The novel coronavirus virus is being tracked to a meat and seafood market in Wuhan, China. Officials are comparing the outbreak to the 2003 SARS outbreak due to similarities within the outbreaks (symptoms, origin).

In 2017, the WHO estimated between 290,000 and 650,000 deaths occur each year due to the flu. These figures, grown upon previous figures, are “based on more recent data from a larger, more diverse group of countries, including lower middle income countries, and exclude deaths from non-respiratory diseases,” according to the WHO.

In the email Elbert sent, she included a document answering questions about the novel coronavirus.

The document states the CDC does not consider face masks to be respiratory protection. It also states the CDC says while hand sanitizer containing 60% or more alcohol can help in the absence of soap and water, it will not cure or prevent viruses.

The document says the novel coronavirus is “moderately infectious” and is similar to SARS. It also states it’s hard to know this early how deadly the virus is, but that the fatality rate is “probably less than 3 percent, much less than SARS.”

There are currently no students traveling to China on CWU-sponsored events, but students may still be traveling there on their own.

Defending against the virus

The Department of Health (DOH) says to wash your hands often with soap and water for at least 20 seconds. If soap and water aren’t available, use a hand sanitizer with at least 60% alcohol.

The DOH also says to avoid touching your eyes, nose or mouth with unwashed hands and avoid close contact with people who are sick.

If you’re sick, the DOH says to cover your mouth and nose with a tissue when you cough or sneeze, and then throw the tissue in the trash and wash your hands.